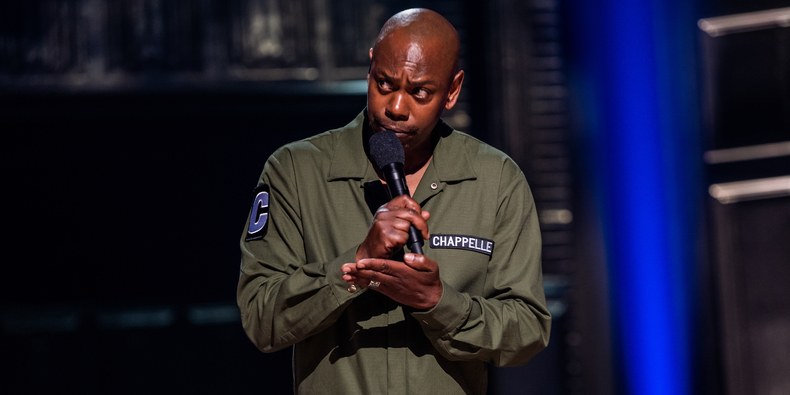 After initially giving his full-throated support for free speech and artistic freedom, Netflix’s CEO Ted Sarandos reversed his past support for Dave Chappelle, saying he “screwed up” in the aftermath of Chappelle’s highly debated new special, The Closer. This followed LGBTQ+ employees staging a walkout in response to two recent memos Netflix had issued defending Chappelle.  Sarandos later acknowledged that his statements could’ve been “more humane.”

Originally he insisted that words did not cause real-world harm, but now he believes that maybe the jokes really are violence. As the Ace of Spades blog points out, this is the same guy that was passionate in defending the freedom of artistic expression of Cuties from the deplorables that objected to the streamer’s soft-core kiddie twerking movie. 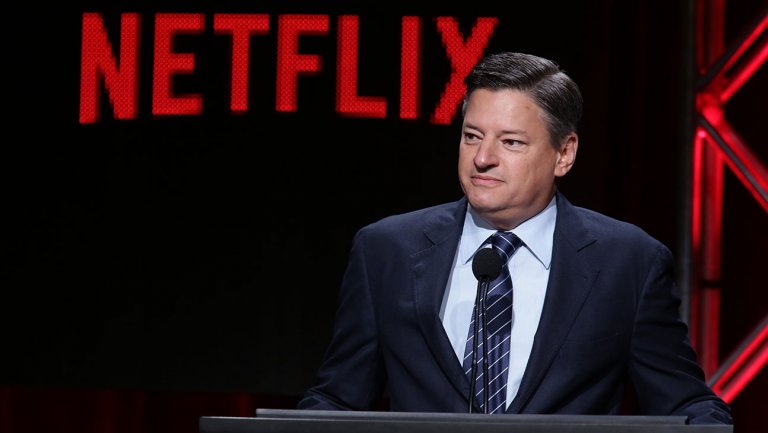 “Obviously, I screwed up that internal communication,” Sarandos told Variety on Tuesday. “First and foremost, I should have led with a lot more humanity. Meaning, I had a group of employees who were definitely feeling pain and hurt from a decision we made. And I think that needs to be acknowledged up front before you get into the nuts and bolts of anything.”

Despite pleas from various activist groups and celebrities, Netflix management have provided no indication whether the show will be canceled.

The Ace of Spades blog had this:

Below, the trans extremists who say that Chappelle’s jokes about trans people’s nebulous relationship with physical and sexual reality is Literally Violence perpetrate literal violence on a YouTube comedian and SJW critic, Vito Gesauldi, for the violence and physical injury he caused by holding a “We Like Dave” sign.

It was just self-defense, you understand.

And when they break off his sign and leave him holding just a naked stick, they begin hissing that now “He’s got a weapon!”

Netflix workers outraged by Dave Chapelle’s comedy special walk off the job. They are met by counter-protesters with signs that say “Jokes are funny”. pic.twitter.com/VozIqSV8hb

According to Breitbart, the transactivists provided the streamer with a list of their demands to break the strike.

Chief among their demands was the creation of a monetary fund to invest in “trans and non-binary” talent and content in order to create parity with the company’s “total investment in transphobic content” — another indirect reference to The Closer.

Activists said Netflix must also “acknowledge the harm” that its “transphobic content” has caused, especially “to the Black trans community.”

Other demands included greater promotion of “trans-affirming titles,” as well as trigger warnings in front of “transphobic titles” in order to flag what they called transphobic language, misogyny, homophobia, and “hate speech.”

Meanwhile, some celebrities are pushing back against the woke trans mob and are lucidly showing their support for the comedian.  Joe Rogan broke it down very simply.

Joe on the Outrage Around Dave Chappelle's New Special

Meanwhile actress Rose McGowan lit up the protesters on Twitter by attempting to show their apparent hypocrisy, demanding that they “Get real or fuck off…. it’s about facts not your fucking feelings”.

2) know your paycheck comes from the deeply corrupt? Your bosses are DOJ/CIA stooges in on smearing Assange in a fake documentary meant to misinform. You little Taylors risk NOTHING. It is Zero Hour. Get real or fuck off. Right now it’s about facts not your fucking feelings. 🎈🤺

But while some celebrities are adding their voices to those supporting Chappelle’s free speech, others like actor Channing Tatum, expressed sorrow for how Chappelle has “hurt so many people.” And other lesser knowns like alleged comedian Hannah Gadsby, whose Nanette special was aired by Netflix, criticized the company for airing the special. Even the streamer’s Dear White People show runner Jaclyn Moore also blasted Netflix.

Dave Chappelle on Transgender (The Closer)

At a recent sold-out Chappelle show in London on Wednesday, where no cameras, phones, or recording devices were allowed in the performance, supporters spoke with Variety and reported that Dave Chappelle made comments to the effect that if Netflix removed The Closer from its site, he would travel to ten towns throughout the United States to broadcast the show.

Yellow Flash weighed in with his usual erudite take on the situation: