Based on the anime series of the same name, Cowboy Bebop is described as the jazz-inspired, genre-bending story of a rag-tag crew of bounty hunters on the run from their pasts, as they hunt down the solar system’s most dangerous criminals. They’ll even save the world for the right price. 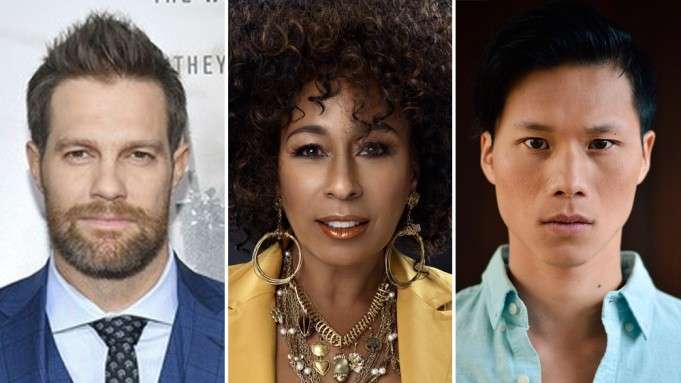 Stults will appear as Chalmers, who is said to be the epitome of a Western lawman. He is also Jet Black’s (Shakir) former co-detective in the ISSP’s Homicide Division. He wears a chronic smile that makes you want to punch him square in the face… especially Jet. And that’s only partly because Chalmers is dating his ex-wife these days.

Tunie will play Ana, the proprietor of the hottest underground bluesy jazz club on Mars. And while she acts as a surrogate mom to Spike (Cho), there is nothing warm and cuddly about her. Cool and intense, Ana is definitely not a woman to be trifled with.

Park will play Gren, Ana’s right-hand person. They run the front of the house for Ana’s jazz club. As capable with their wit as a glock, as confident in a dress as a suit, they are a Bowie-esque embodiment of 22nd century handsome and seductive beauty.

House will appear as Mao, capo of the Syndicate’s “White Tigers” family. Despite, or perhaps because of, her blue collar background, Mao is more cunning, adept, crafty and deadly than her counterparts.

Truong and Xuande will play Shin and Lin respectively. Shin and Lin serve as Vicious’ twin Syndicate henchman. Despite being fearful of their volatile boss, they are fiercely loyal to Vicious (Hassell) in his quest to take down Spike Spiegel.