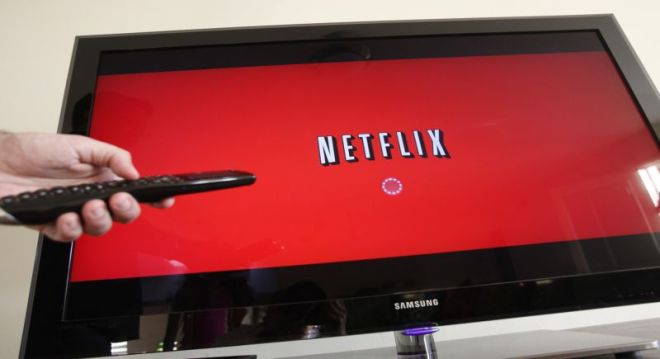 On the heels of announcing another price hike for domestic subscribers, Netflix is now reeling from yesterday’s plummeting share price of the streamer, falling nearly 20 percent in after-hours trading yesterday. Making things even worse, the streaming giant announced they expect weak subscriber growth for the first quarter of 2022, using the bizarre claim that the COVID-19 pandemic is to blame for their underperformance, rather than weak, offensive, or divisive programming.

On Thursday, Netflix reported new subscriptions for the fourth quarter of 8.28 million, well short of the company’s own guidance of 8.5 million. The figure also fell short of certain analyst estimates, with The Street forecasting 8.4 million new customers.

Adding salt to the wound, Netflix said it expects 2.5 million net additions for the first quarter of the new year, far below the market forecast of 6.9 million, according to The Street. That’s also down from 4 million in the year-ago quarter.

“While retention and engagement remain healthy, acquisition growth has not yet re-accelerated to pre-COVID levels,” Netflix said in a letter to shareholders. “We think this may be due to several factors including the ongoing COVID overhang and macro-economic hardship in several parts of the world like LATAM [Latin America].”

Netflix is now in the position of facing increased competition from powerhouse Hollywood entities such as HBO Max and Disney+, who have aggressively tried to seduce subscribers with larger catalogs of titles and along with developing their own original offerings. With the stunning loss of domestic subscriptions Netflix dealt with last year, nearly half a million in the second quarter of 2021, Disney+ and HBO Max have been steadily gaining ground. It’s little wonder that Wall Street is losing confidence in a robust recovery for Netflix. 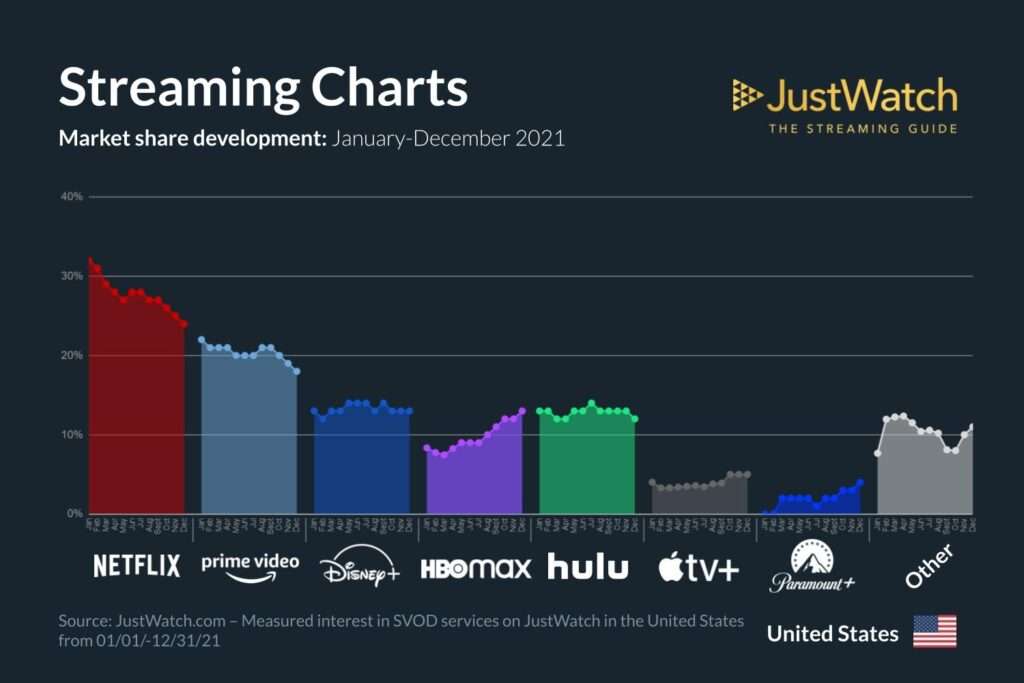 According to JustWatch, who monitor all the SVOD platforms, the fourth quarter of 2021 saw massive shifts in dominance. Apple TV+ had a strong Q4, adding +1% from Q3 and finished the year with an all time high of 5%. HBO Max had the most growth, adding 2% in Q4, closing the gap to Hulu and Disney+. Paramount+ also gained 1%, and the growing competition led the market leader Netflix to fall 2% throughout the quarter. Hulu and Disney+ maintained their market position, tied for third place behind Prime Video.

In 2021, the SVOD market saw extreme growth in competition. Apple TV+ ended the year on its highest market share to date, and added 2% throughout the year. Netflix and Prime Video continually lost market share as other platforms such as HBO Max, Paramount+, and Discovery+ gained momentum. Adding +5%, HBO Max had the most successful year in 2021.

The streaming wars are still very much in full swing.