Much Hyped All-Female MCU Superhero Film Still Not Happening… Yet 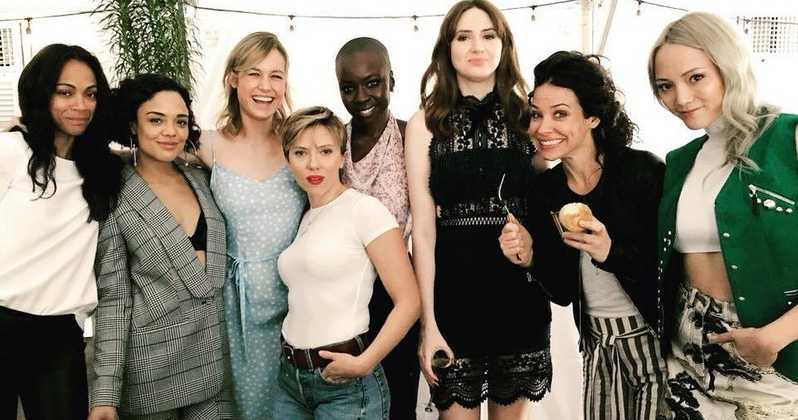 Long before the women of the Marvel Cinematic Universe joined forces for the epic female scene in Avengers: Endgame, Marvel had expressed interest in an all-women Marvel mashup movie. But after uniting in battle in the finale of Endgame, fans have been asking when they’ll see the female movie hit theaters.

Now, Brie Larson, one of Variety’s Power of Women honorees, has confirmed to the site that she, along with her Marvel co-stars, have had talks with Marvel Studios president Kevin Feige about making that film a reality.

“I will say that a lot of the female cast members from Marvel walked up to Kevin and we were like, ‘We are in this together, we want to do this,’” Larson explained. “What that means, I have no idea. You know, I’m not in charge of the future of Marvel, but it is something that we’re really passionate about and we love and I feel like if enough people out in the world talk about how much they want it, maybe it’ll happen.”

Feige has previously expressed interest in the all-women Marvel film, though no firm plans to green light such a project have been set. Marvel, however, is putting emphasis on more female-forward standalone films lately from Larson’s Captain Marvel, which grossed over $1 billion at the worldwide box office earlier this year, and Scarlett Johansson’s upcoming Black Widow film, which is due in theaters next year. In the comic book genre, female-centric films have proven to perform at the box office, starting with DC’s Wonder Woman, which made more than $800 million in 2017.