Mile High Comics is an online retailer and a chain of three Colorado comic book stores founded by Chuck Rozanski in 1969 from his parents’ basement in Colorado Springs, Colorado. Last week, their Glendale, Colorado store was cleared out, stock redistributed to their other stores. After 28 years, the comic shop was closed. In an interview with Westword, owner Chuck Rozanski explained:

“When we first opened our store we had inexpensive rent, abundant parking, a really nice landlord, and the huge Celebrity Sports Centerright across the parking lot. All of that changed, beginning with the demolition of that wonderful amusement complex filled with swimming pools, waterslides, and bowling alleys (originally built by a partnership of Walt Disney, Jack Benny, Bing Crosby, and a dozen other Hollywood investors), in 1994. Parking is now nonexistent, we have a new landlord, and our rent has gone up 350%! Sadly, it is time to go.”

In a flier that could be found at their other shops, he wrote

“It is with a heavy heart that I must pass on to you the news that we are closing our Glendale location permanently on December 31st. Our decision was based upon many factors, including rising operating costs, intolerable parking shortages, and the lack of air-conditioning” as well as the departure of store manager Aaron Tucker, who Chuck calls  “the heart and soul of this wonderful operation for nearly twenty years. We simply cannot conceive on continuing to operate this location without his boundless energy and enthusiasm.” 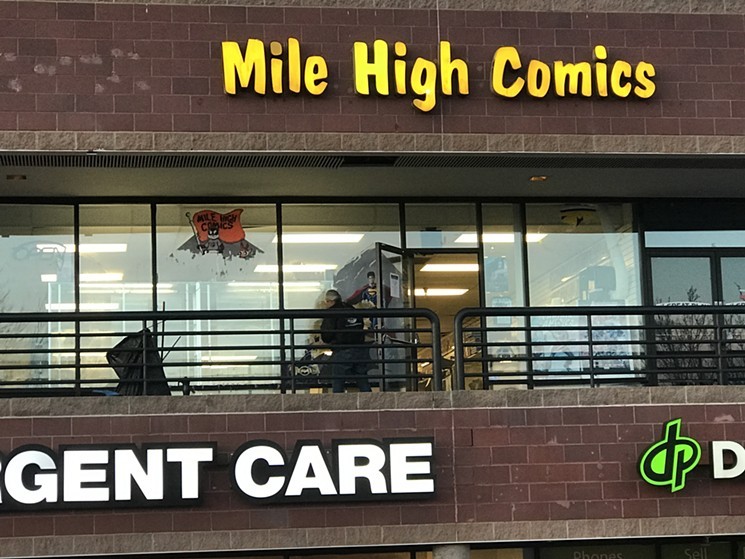 “We had a truly awesome dedicated core of devoted comics fans who’s patronage kept that wonderful little store alive for 28 years, but the complete lack of parking in that shopping center made a mockery of the $5,000+ in rent that we were paying each month, especially for a smallish second floor location.On a closely related topic, I do want to urge everyone who reads my newsletter to please resolve to support their local comics retailer during 2019. The economics of selling new issues has become total madness as the cover prices of periodical comics now reach up into the $5/copy range. With comics retailers buying non-returnable (an arrangement that I helped to pioneer in the late-1970’s), all the risk is upon them as regards unsold product. That worked well when cover prices were under $1, but today’s high cover prices are causing crippling losses to comics retailers whenever a title sells fewer copies than expected.” 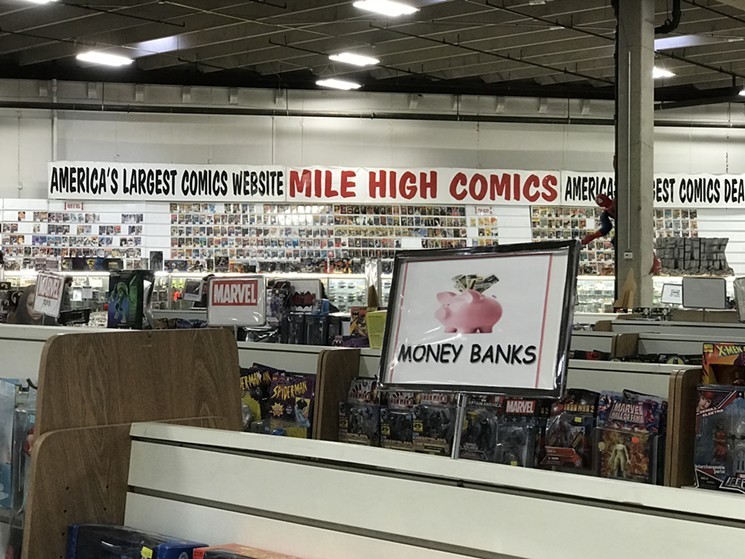 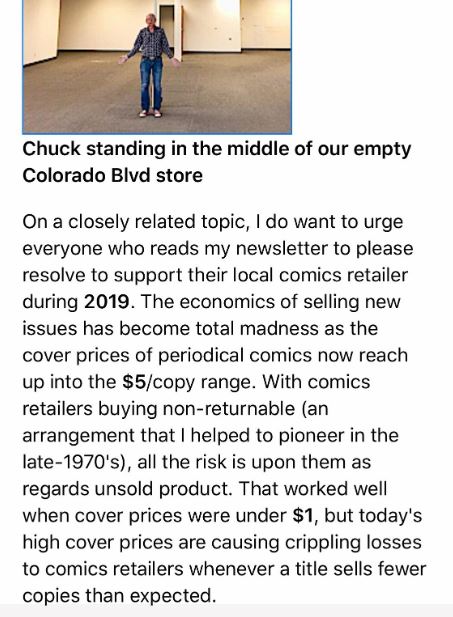 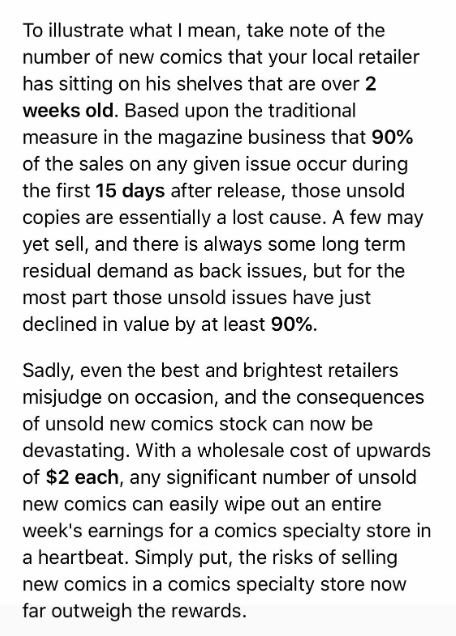 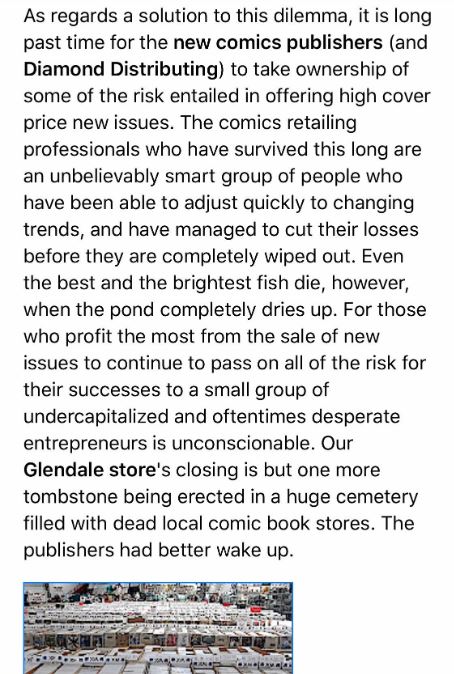 “The publishers had better wake up…”

You can read the entire newsletter here.