Yesterday, Marvel Comics announced the next all-new Punisher series would be written by Jason Aaron with the art team of Jesus Saiz and Paul Azaceta. Marvel’s marketing department is billing the “prestige” series as the “definitive culmination” of Frank Castle’s journey in the Marvel Universe, and say they plan to pull out all the stops for it.

Saiz is set to draw the present-day journey of the character while Azaceta’s line art will focus on flashbacks. According to ComicBook.com, the series will be changing Castle’s iconic brand after what they say is its involvement in “real-world controversies” over the past few years, likely alluding to U.S. military branding their vehicles with the logo, and the popularity of the logo among police officers and militia.

Can’t agree with this. If you feel the Punisher needs to be cancelled you obviously haven’t read and understood the Punisher

Gerry Conway, Ross Andru, Frank Giacoia and Dave Hunt introduced the Punisher nearly 5 decades ago in Amazing Spider-Man #129. The new series will hit stands in March 2020 and feature 13 oversized issues that run monthly until the character’s 50th anniversary. Since his first appearance in 1973, the Punisher has increased in popularity, but only in recent years has he been considered one of the more controversial characters in comics.

Should we abandon the American flag too? The seditionists were also wearing that symbol.

Looks like Marvel’s editor in chief C.B. Cebulski may have decided to go along with the “woke” mob after all. Not only is he losing his iconic skull emblem, they are replacing his scary guns with swords as well. 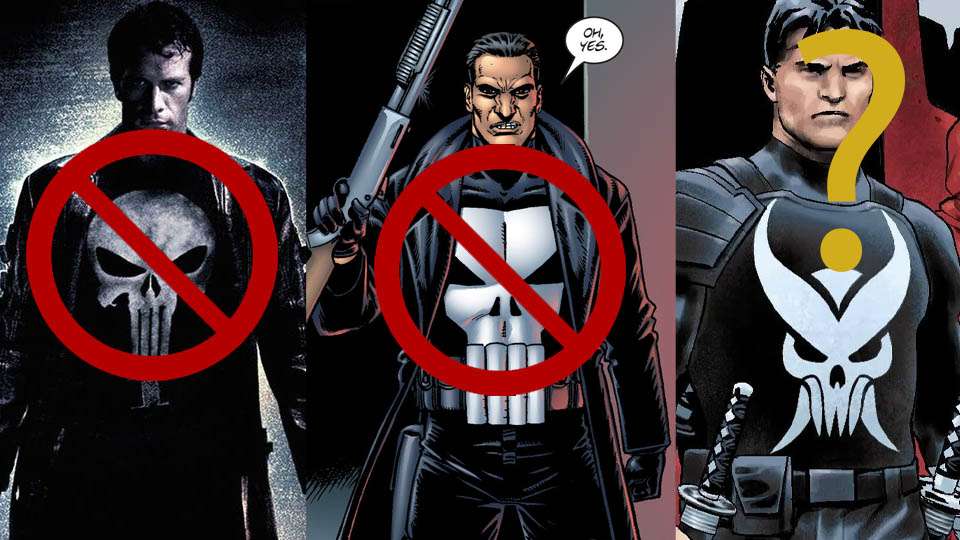 As a former Marine, the Punisher character is known for pursuing his own brand of justice, murdering criminals that he believes live “outside the law. In recent years, Conway has denounced the use of the logo among military and police, saying it the popularity of the character by gun-toting soldiers and militiamen is uncomfortable, if not “depressing.”

“I was an anti-war person. I argued against it and certainly wrote against it,” says Conway who was 21-years-old when he invented the character. At the time he filed for conscious objector status before being excused from the draft for the Vietnam War on medical grounds. “We’d probably be considered the weak-kneed hippies they’d want to punch out.”

Perhaps the strangest thing for Conway is how popular the Punisher has become despite the character’s moral ambiguity and violent actions. People wearing t-shirts with the skull emblem regularly approach Conway at comic-book conventions, proclaiming the Punisher is their favorite character.

Eisner winning writer Mike Baron sees it differently, believing the adoption by military and law enforcement seems more like a natural progression for the character. Unlike Conway, Baron wrote the first five years of the character’s original ongoing comic series for Marvel beginning in 1987. Since The Punisher was the most prominent military veteran in comics, Mike frequently spotlighted the Punisher’s military service over the course of the sixty or so issues he wrote for Marvel Comics. 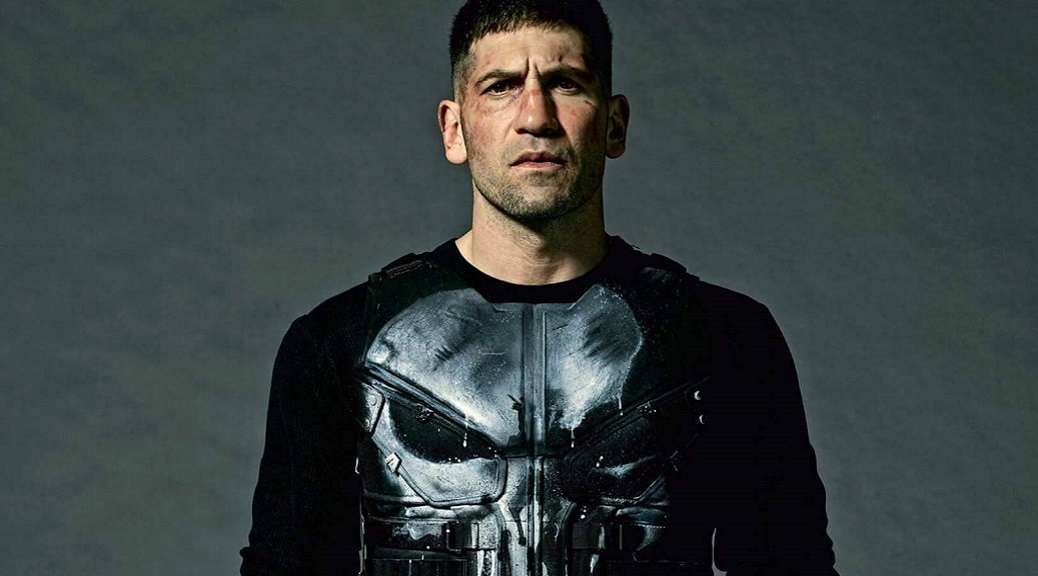 During the period Baron wrote the character, The Punisher became incredibly popular. Mike even recalls that the first fan letter from an active serviceman came in Punisher #8, in a note mostly talking about the choice of weapons that the Punisher used. 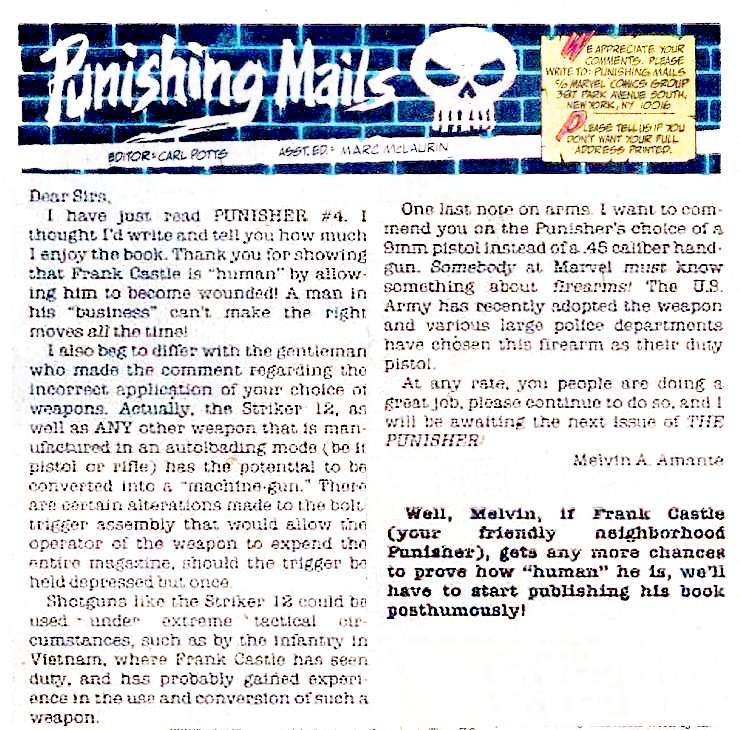 Baron adds, “I’m very happy and proud that our nation’s defenders use the logo and I encourage them to do so.”

Chris Kyle, the late Navy SEAL whose autobiography American Sniper was later adapted by Clint Eastwood, who discussed the use of the logo by U.S. military. Kyle said he and his fellow service men and women embraced the Punisher during their time in Iraq because the character “righted wrongs.”

“He killed bad guys. He made wrongdoers fear him … We spray-painted [the Punisher logo] on our Hummers and body armor, and our helmets and all our guns. We spray-painted it on every building or wall we could. We wanted [our enemies] to know we’re here and we want to f*ck with you.” 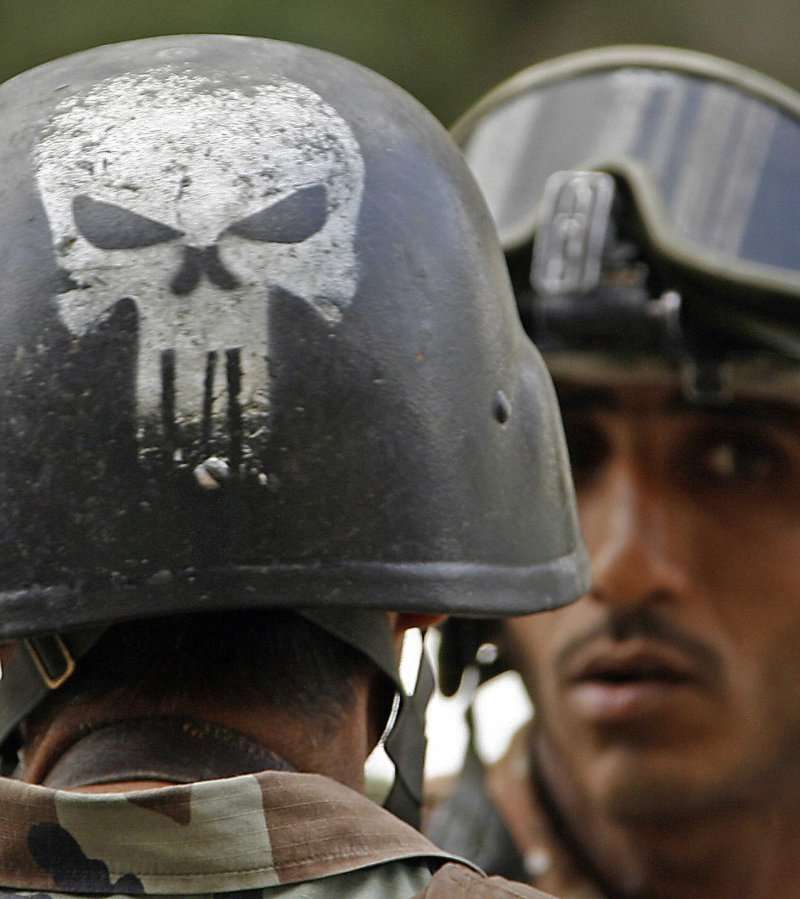 There’s been no official confirmation on whether the logo change is in response to the current political climate, or because it is just easier to trademark, or what the nature or longevity of the change will be. It is worth noting that Marvel is trademarking the new logo across multiple product types, and with the culmination of this new series ending during the character’s 50th anniversary, so it’s quite likely that Marvel plans to keep the new logo design.

As for the story itself, Marvel says Frank Castle becomes a warlord of the Hand, and reports directly to ‘the Beast’. The new series is also Jason Aaron’s first return to the character since he penned the Punisher Max series for 22 issues between 2010 and 2012. That series featured art by the late Steve Dillon. 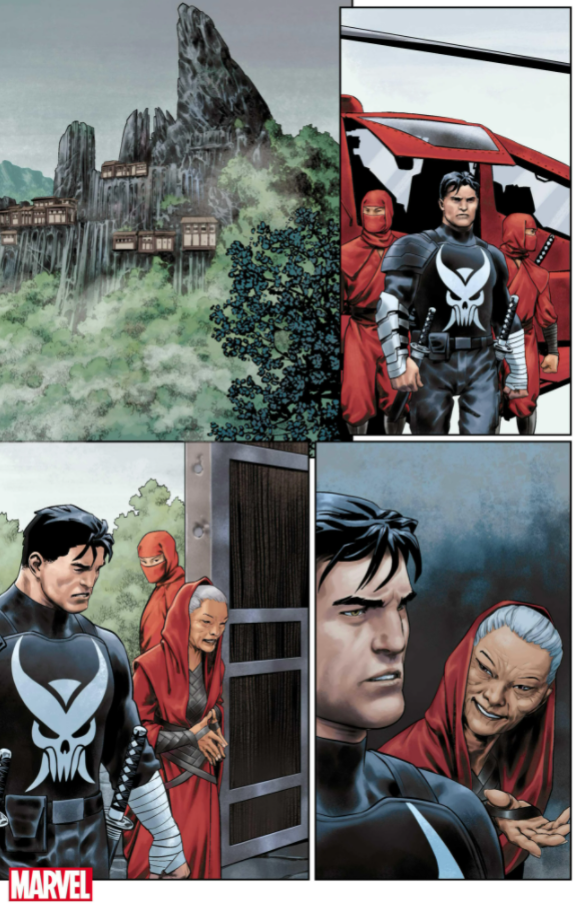 It’s only natural that a punisher of bad guys would appeal to military, and cops too. They’re both licensed to kill bad guys, but the sensitivity in today’s woke culture can’t be taken lightly. To those that don’t already loathe the police, those lethal enforcers of the law are considered “peace officers,” which is not exactly on-brand for Frank Castle. But it’s worth considering what would have happened if the military or police had become fond of using Batman’s logo. Would DC Comics have officially changed Batman’s logo to something as ugly as this?

UPDATE: Marvel’s Punisher writers weigh in on social media about this story.

Regarding Marvel’s confusion over the Punisher. I know what to do and it’s coming. pic.twitter.com/Sx7r7WUd9q