Margot Robbie is Reportedly In-Production on a ‘Tank Girl’ Film

Created by Martin and Jamie Hewlett in 1988, Tank Girl (aka. Rebecca Buck) made the jump from the comics to the big screen in 1995’s live-action film. Directed by Rachel Talalay (Doctor Who) and starring Lori Petty (Orange is the New Black), the post-apocalyptic sci-fi adventure bombed at the box office and failed to win over most critics. In the years since, however, Tank Girl has garnered a cult following thanks to its feminist themes and general sense of weirdness.

In more ways than one, the character is a bit like DC’s Harley Quinn, if even more offbeat and idiosyncratic. Appropriately enough, it appears that Robbie — who currently plays Harley Quinn in the DC Extended Universe — is now interested in bringing Harley’s fellow blond-haired antihero back to theaters, Screen Rant is reporting. 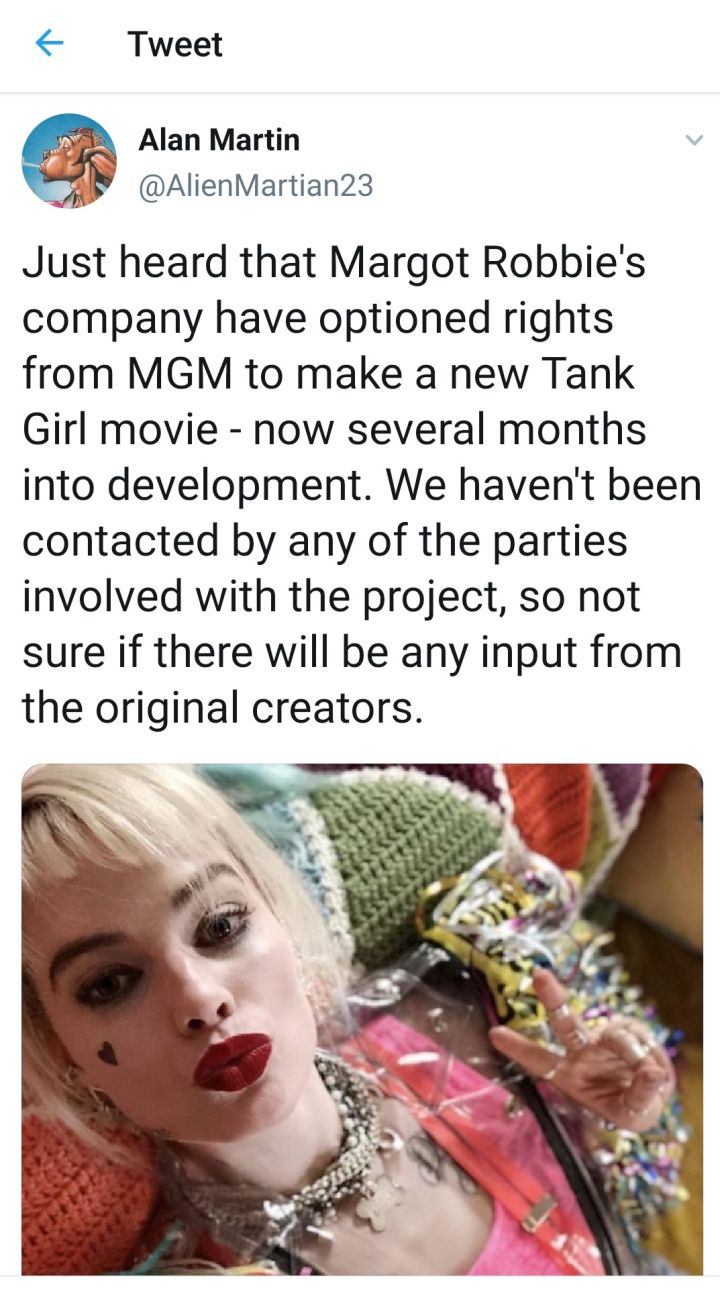 In a post on Twitter, Martin revealed he’s “just heard” that Robbie’s production banner has optioned the rights to a Tank Girl movie from MGM, and is already “several months into development”. The news shouldn’t be treated as official just yet, though, as Martin went on to clarify that he hasn’t been contacted by anyone from LuckChap about the project at this point.