Manga Legend Fujiko A. Fujio Has Passed Away 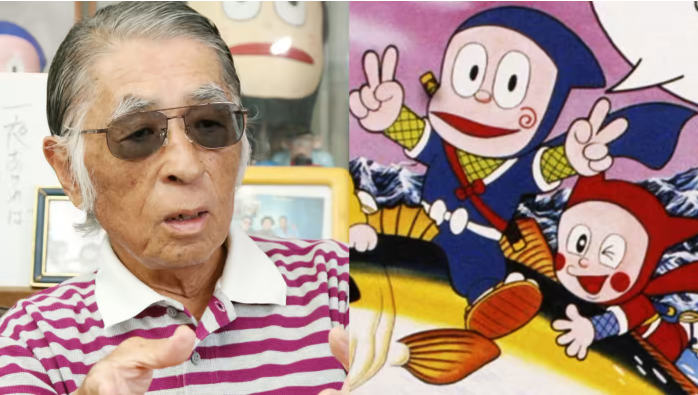 Nikkei Asia reports one of the cartoonists who co-created robo-cat Doraemon over 50 years ago has died at 88 years of age:

Fujiko A. Fujio, a popular Japanese cartoonist known for creating hit manga series, including “Ninja Hattori-kun” and “The Laughing Salesman,” has died at his home in Kawasaki, near Tokyo, police said Thursday. He was 88. […]

Originally from Toyama Prefecture in central Japan, the duo moved to Tokyo in 1954 and went by the name Fujiko Fujio. They later found success with their hit series “Obake no Q-taro,” about a mischievous ghost. They ended the partnership in 1987. Also, as noted by NDTV:

In high school, he became friends with Hiroshi Fujimoto, who later created Japan’s much-loved cartoon “Doraemon”, and the pair started to work together.

They formed a partnership that debuted in 1951, jointly producing works under the pen name “Fujiko Fujio”, and shared a Tokyo apartment with other famous manga artists including Osamu Tezuka.

There are indeed plenty of mangakas who make use of pen names, and the way these 2 used them in an almost combined fashion was pretty clever. From what I know about Doraemon, it was considered a very important part of past Japanese pop culture, and it’s worth admiring both Abiko and Fujimoto for their contribution to the humor genre. So, many thanks to them for what they brought to the table.