EW is reporting that Johnathon Schaech (Now Apocalypse) is returning as Jonah Hex for the Arrowverse’s forthcoming “Crisis on Infinite Earths” crossover. At this point, there aren’t any details on how his DC Comics gunslinger will fit into the epic five-hour event, which includes Arrow, The Flash, Supergirl, DC’s Legends of Tomorrow, and Batwoman. 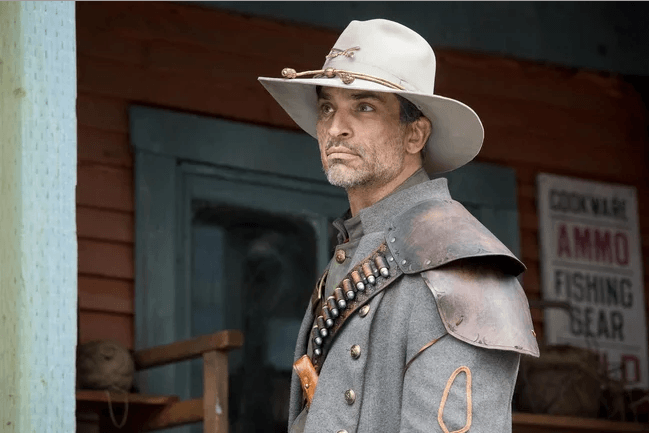 Schaech debuted as the disfigured Civil War veteran-turned-bounty hunter in DC’s Legends of Tomorrow‘s first season when the titular band of time travelers visited Salvation, Dakota, in 1871. The Legends crossed paths with the gruff hero again (read: saved him from execution) in season 2’s 1874-set outing “Outlaw Country,” and Jonah, in turn, assisted the team in the Beebo-tastic season 3 finale.

Jonah’s appearance in the crossover isn’t entirely surprising because in the comic upon which the crossover is based, heroes and villains from across time start appearing on Earth-1 as what remains of the multiverse starts collapsing.

“Crisis on Infinite Earths” kicks off with Supergirl on Sunday, Dec. 8, followed by Batwoman on Monday, Dec. 9 and The Flash on Tuesday, Dec. 10. After the winter hiatus, the crossover resumes on Tuesday, Jan. 14 with Arrow at 8 p.m. and concludes with Legends of Tomorrow at 9 p.m.