Deadline reports that for Jurassic World 3, Universal Pictures will bring back original Jurassic Park stars Laura Dern, Sam Neill and Jeff Goldblum to star alongside Chris Pratt and Bryce Dallas Howard. Colin Trevorrow is back to direct and production starts early next year. 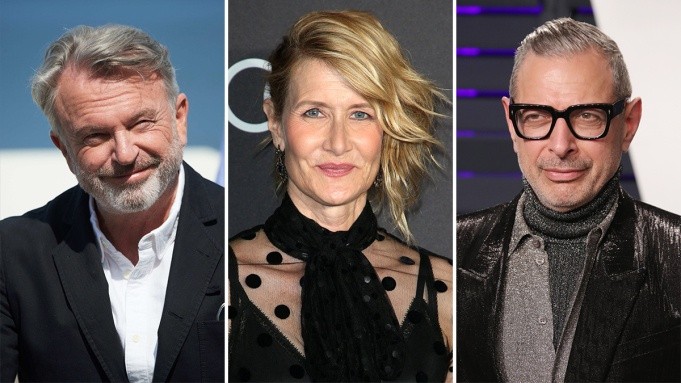 Dern revealed her participation in the film, as well as Neill’s and Goldblum’s returns, at a fan screening of Battle at Big Rock, an eight-minute short film that Trevorrow directed and showed Tuesday night, featuring dinosaurs running amuck after they’ve escaped to the real world. The last Jurassic World, directed by J.A. Bayona, ended with the revived beasts finding their way off the island and into civilization, so it might well be where the next installment of the film goes.

Watch Battle at Big Rock below, an all-new short film directed by Colin Trevorrow, written by Trevorrow and Emily Carmichael. The short takes place one year after the events of the last Jurassic World film in Big Rock National Park, where dinosaurs are now living in our world. The story follows a family of four whose encounter with these wild animals becomes a terrifying fight for survival. The short stars André Holland, Natalie Martinez, Melody Hurd, and Pierson Salvador.