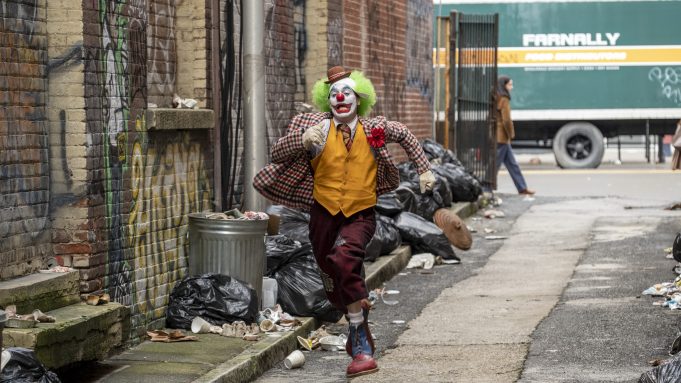 Variety reports that Warner Bros’ Joker earned $13.9 million on Tuesday, easily making it the best Tuesday at the October box office and continuing to pummel Sony’s Venom records from a year ago. That movie owned the previous October Tuesday high of $8.2M.

The domestic total for Todd Phillips’ R-rated movie stands at $119.8M through five days, 22% ahead of Venom at the same point in time. Venom ended its run at $213.5M, and as mentioned over the weekend, industry estimates believe Joker will final around $265M.

Joker also bested a slew of other Tuesday autumn records as well: Similar to its Monday, Joker yesterday came in ahead of the highest September Tuesday, which belongs to It ($11.4M), and when compared to November Tuesdays, the pic is second behind The Hunger Games: Catching Fire ($15.96M).