Johnny Depp’s attorney via Access Hollywood “Mr. Depp is not suing the ACLU. Rather he is moving to compel relevant documents and testimony from the ACLU relevant to his defamation case against Ms. Heard pending in the Circuit Court of Fairfax County, Virginia.” pic.twitter.com/UeSa74LKrI

Johnny Depp has now moved the court to order ACLU aka American Civil Liberties Union to show proof of Amber Heard’s donation from her divorce settlement. It has been known that Heard had pledged to donate her USD 7 million divorce settlement to the ACLU and the Children’s Hospital Los Angeles after her and Depp’s divorce was made final. Previously, the mention of Heard’s divorce settlement money had come up during Depp’s UK libel case where he claimed his ex-wife hadn’t donated the sum. 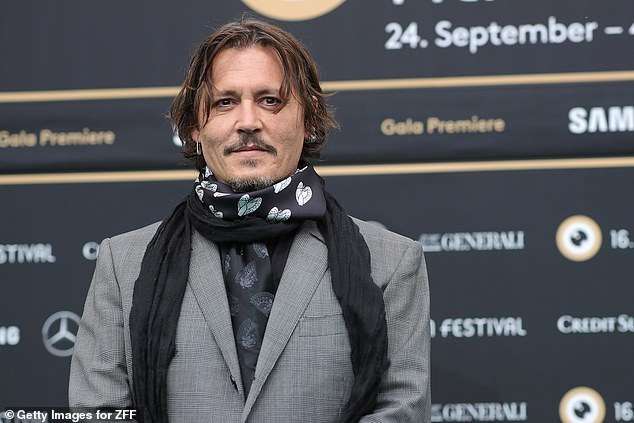 According to People, the court papers, Depp has requested the NGO to comply with the court order and mentions that the actor is seeking the documents for his ongoing USD 50 million defamation case against Heard for her 2018 Op-Ed about domestic violence.

Previously, during the UK libel case, Heard’s lawyers had presented documents relating to her divorce settlement donation which seemed to show the Aquaman star had donated a total of $950,000 to the ACLU and $850,000 to the Children’s Hospital through anonymous donors as reported by People, but Depp’s legal team wasn’t convinced.  It’s been reported that Depp believes Amber’s charitable deeds have worked in her favor during the previous court hearing. The actor has been hopeful of proving otherwise during the defamation case. Depp and Heard were married for a year and settled their divorce out of court in August 2016.

After losing the libel case against a UK tabloid, Depp and Heard will once again face each other in court next year for the defamation case filed by the Pirates of the Caribbean actor against his ex-wife.

Meanwhile, fans of Johnny Depp started a petition to have Amber Heard removed as the character of Mera from the Aquaman sequel.  The petition has collected over 1.8 million signatures to have Heard removed from Aquaman 2, by Warner Bros. – the same studio that released Depp from his Fantastic Beast sequel when he lost his libel case against Heard. For her part, Amber refers to the petition as “paid rumors and paid campaigns on social media” which she says don’t “dictate [casting decisions] because they have no basis in reality,” as revealed in her interview with Entertainment Weekly. Moreover, Heard stated that it’s only the fans that actually made Aquaman and Aquaman 2 happen.