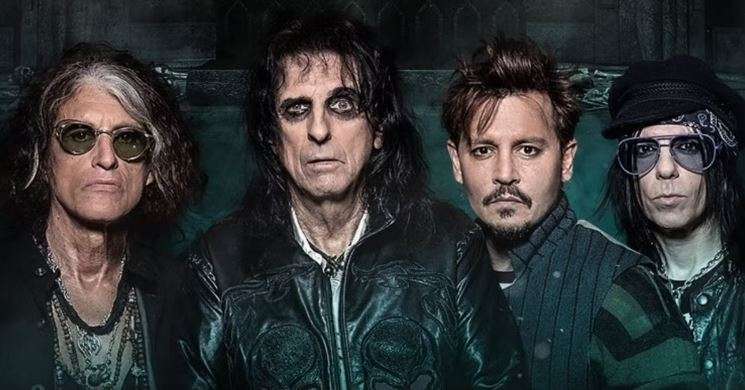 Johnny Depp and the Hollywood Vampires will resume their tour. The actor’s band includes music legends Alice Cooper, Joe Perry, and Tommy Henriksen. In the wake of Johnny Depp’s recent trial victory over Amber Heard, the supergroup has planned a new European tour to begin June 20, 2023, less than a year from now.

The tour begins at the Rudolf-Weber Arena in Oberhausen, Germany, and makes stops at Rockhal in Esch-sur-Alzette, Luxembourg; Olympiahalle in Munich; Stadtpark in Hamburg; Citadel Music Festival, Zitadelle Spandau; and Summer in the City, Zitadelle Mainz. At this time, only six shows have been announced.

The group has been performing together since 2012, and in 2015, released their self-titled debut album. Hollywood Vampires most recent album, Rise, was releaaed back in 2019.  Paul McCartney, Dave Grohl, and the late Christopher Lee are just a few of the prominent guests that have appeared on their albums.

But Johnny Depp didn’t wait for next summer’s tour to get back on stage. Even before the verdict came down, he was back in the UK alongside Jeff Beck on his latest tour. During one show, Depp revealed that that he’s recorded a new album and is preparing to have it released in July. The album is titled 18 and consists of 13 tracks including covers of Beach Boys, the Everly Brothers, Marvin Gaye, the Velvet Underground, and Killing Joke. The new album will be released on July 15.