The cast for the upcoming John Wick 4 has been rounding out nicely over the last couple of weeks, with such names being added to the action sequel as Shamier Anderson, Donnie Yen, newcomer Rina Sawayama in her feature debut, and Bill Skarsgard is in talks to also join. But, as it turns out, Keanu Reeves isn’t the only actor who will be making his return to the newest movie. While speaking with Collider in promotion of Netflix’s action thriller The Ice Road, Laurence Fishburne revealed that he’ll be reprising his role as The Bowery King. 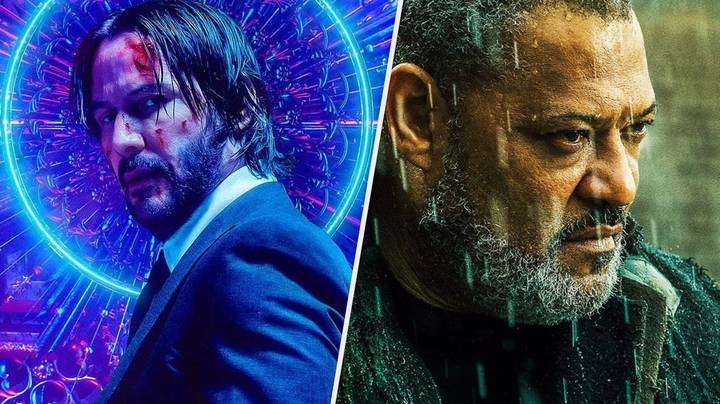 “I should be going to Berlin within another couple of months or so,” Fishburne said, confirming earlier reports that the sequel film will be filming both there primarily as well as Paris, with additional location shoots to take place in Japan and New York City.

Fishburne couldn’t say much about any plot details, but he has had a chance to read the script for John Wick 4, which will be written by Michael Finch instead of series creator Derek Kolstad.

“I read the script. It’s really, really cool,” Fishburne said. “As much as it’s the same world as the other three films, it’s just deeper. It’s much deeper in terms of the code of the assassin and the relationship that he has with one character in particular… is really the heart and soul of it.”