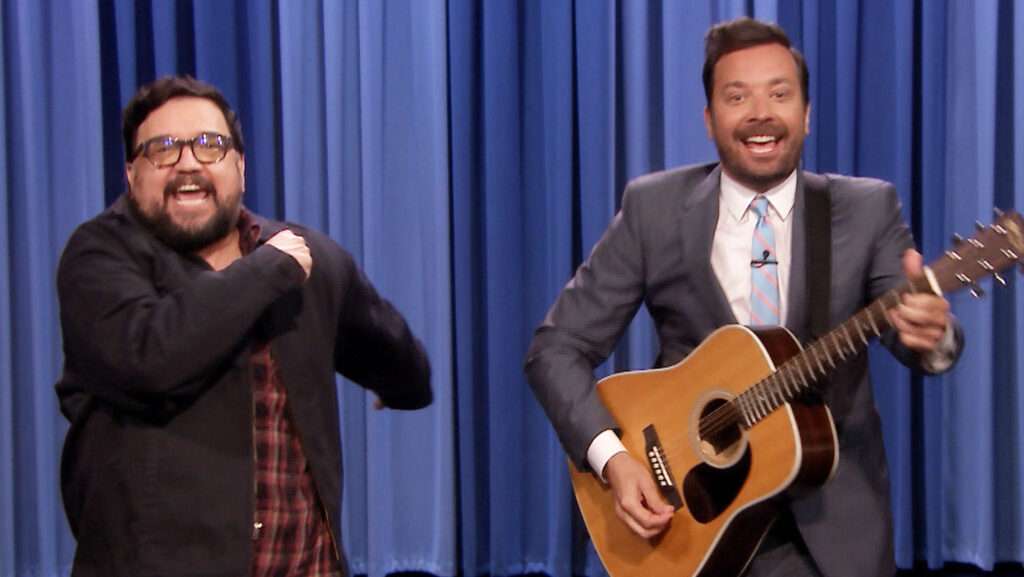 In a complaint, comedian Horatio Sanz is accused of grooming and sexually assaulting a teenage girl while a cast member on “Saturday Night Live,” and the suit claims that other employees and talent, including a now-high-profile night show host, were aware of the situation but did nothing.

According to NBC News, the girl, identified as Jane Doe in the suit, was an SNL superfan who managed a website about the show. According to the lawsuit, Sanz and Jimmy Fallon, a fellow cast member at the time, emailed then-15-year-old Jane Doe from an official NBC account in January 2000. Sanz appeared on Saturday Night Live from 1998 until 2005.

While the email was not published, the case alleges that Sanz, then 31, “began his process of grooming” the kid and that they met in person in October 2000 after a taping of Saturday Night Live. When Sanz met with the girl, he was allegedly inappropriate in his behavior, “flirtatious and physically affectionate.” According to the suit, he kissed her on the cheek and placed his hands on her waist. 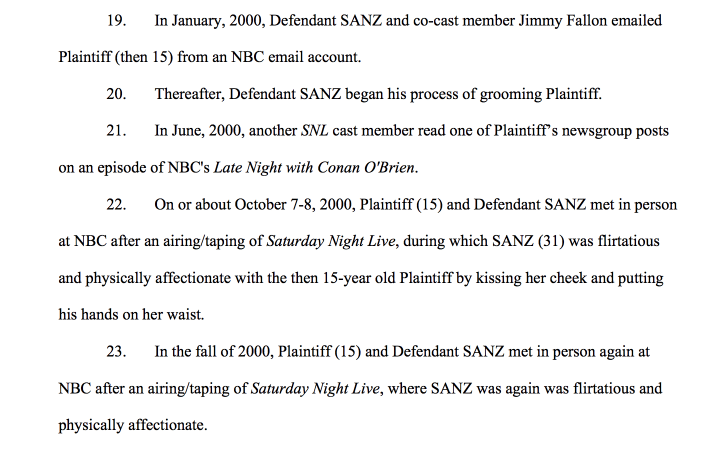 According to the lawsuit, Doe and Sanz continued to communicate throughout the rest of 2000 and into 2001, and Doe would travel from her Pennsylvania home to Rockefeller Center in New York to wait in line for standby tickets to the event. The suit claims that when Doe turned 16 in May 2001, she was let into an SNL party where Sanz and other cast members, including Fallon, watched the girl imbibing but did not intervene. According to the lawsuit, the cast members “knew or should have known that Plaintiff was under the legal drinking age.” 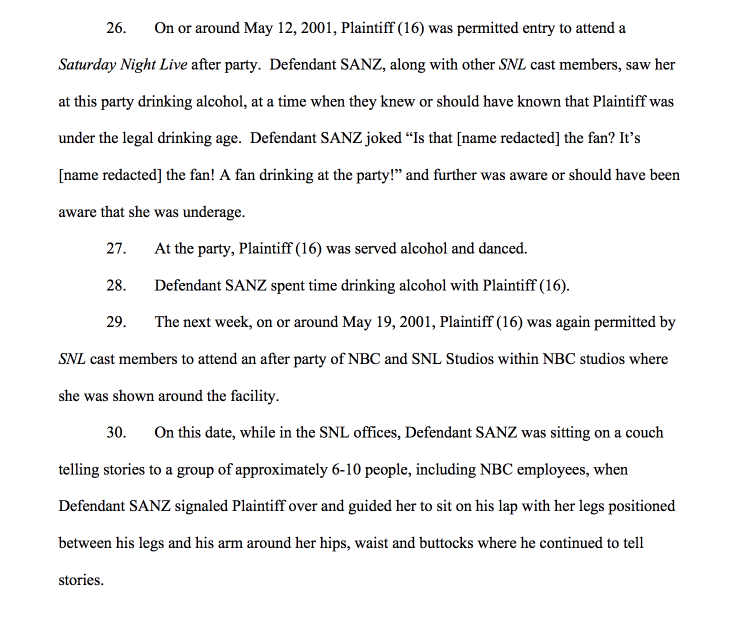 According to the lawsuit, the claimed assault occurred in front of many NBC staffers, one of whom allegedly asked Sanz, “Are you f—— serious?” The complainant says that she sought professional help after becoming “depressed, embarrassed, and self-loathing.”

Also according to the suit, the woman met Sanz at a comedy event in 2019 and claims he “admitted and bragged to plaintiff that he masturbated during their discussions when she was underage.” The lawsuit further alleges that Sanz later apologized to the plaintiff in a series of texts. “I was a creep, but a wounded creep,” one allegedly read. And I’ve made an effort to make amends since quitting drinking.” 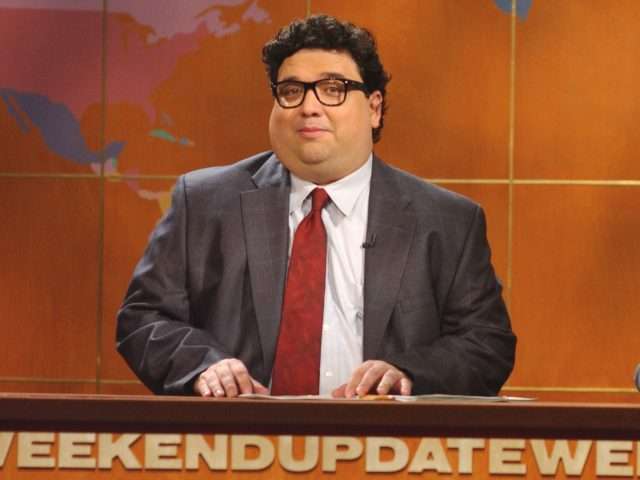 “However often she repeats her ludicrous allegations or tries to rope in other high-profile names to generate media attention, they will always be false,” Sanz’s attorney Andrew Brettler said before calling the claims “totally meritless” according to an NBC report.

Brettler said in his statement that prior to the lawsuit being filed, that the girl demanded $7.5 million “in exchange for her silence,” but he and Sanz refused.

This disturbing news comes just after the recent development that Warner Bros. film director James Gunn had been named in a separate underage sex suit. Fallon’s team has not responded to requests for comment. The full text of the complaint can be read here.