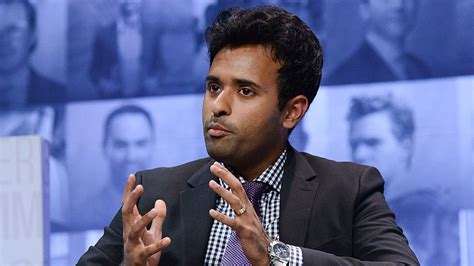 Strive 500 ETF founder and executive chairman Vivek Ramaswamy has launched a new index fund designed to focus on excellence rather than politics. His firm is designed to drive “cultural change in the boardroom” by maximizing value over political agendas and focusing “exclusively on merit. The firm also sent a shareholder letter to Disney and Apple in their first act of corporate engagement this week with that same message. He made the announcement on FOX News’ ‘Varney & Co.’

“When it comes to hiring go back to focusing exclusively on merit,” adds Ramaswamy. “I am proud to say that was the subject of my shareholder letter to Apple’s board of directors and there is a separate letter to Disney’s board. I hope [this] is the beginning of a broader conversation both in capital markets and in the boardroom.”

Normal capitalism: his top 3 shareholders would tell him to knock it off.

Capitalism today: BlackRock, State Street, and Vanguard tell him to keep at it in the name of “ESG” & “DEI.”

The source of the problem at these companies are ESG regulations, which were enacted back in 2015. That’s when employers first became able to gamble their employees futures on their own personal social causes and beliefs, by expressly allowing businesses to “make investment decisions that reflect climate change and other environmental, social, or governance (ESG) considerations…”

Ramaswamy calls ESG “the defining scam of our time,” and believes that the agendas of them “would make the blood of those retirees boil if they knew”

“That is not the free market in action. It’s even worse than a monopoly or an ideological cartel. They’re working hand in glove with the party in power to be able to do their bidding through the private sector. If you couldn’t get the Green New Deal through Congress, guess what? John Kerry is doing? He’s getting every major banking CEO to sign the so-called Climate Pledge…but it is also a form of crony capitalism because I will tell you, you know, as well as I, banks are not charitable institutions. The question is what are they getting in return for signing that climate pledge. This is the crony capitalism of our moment…”

Our friends at Clownfish TV commented on how this could affect Disney:

Disney CALLED OUT by Investors and Told to STAY OUT of Politics!

“Does this mean electric vehicles are worse for the planet than soft drinks, or that socially concerned investors should overweight Pepsi and underweight Tesla in their portfolios?” he asked.

If you’re looking at your own investments and want to know more, you can check out STRV yourself here.