If You Can’t Beat ’em: Lucasfilm Hires Deepfaker Who Smoked Them

YouTube is an very weird world. Singing stars have been discovered, little kids have been transformed into celebrities simply by opening a box of toys, and now it appears that the deepfake video we reported on in December, has resulted in the creator being hired at Lucasfilm’s Industrial Light and Magic. While this isn’t something that happens very often, it appears that one video released by YouTuber Shamook, in which he created a deepfake movie to improve Luke Skywalker’s image in The Mandalorian Season 2 finale, drew enough attention to secure him what can only be described as a dream job.

His deepfake took footage from The Mandalorian featuring a de-aged Mark Hamill and significantly improved the quality. The scenes were panned for appearing too phony and digital, and Shamook’s version fixes many of the flaws in the original material. Shamook developed the clip in just under four days and published it in December. It has since racked up over two million views.

Anyone else think that the original version looked a WHOLE lot more like Sebastian Stan than Mark Hamill? There may be an unspoken reason for that, as we reported last December.

Shamook recently posted this on his channel:

“As some of you may already know, I joined ILM/Lucasfilm a few months ago and haven’t had the time to work on any new YouTube content. Now I’ve settled into my job, uploads should start increasing again. They’ll still be slow, but hopefully not months apart. Enjoy!”

IndieWire confirmed this after contacting ILM who stated, “[Industrial Light and Magic is] always on the lookout for talented artists and have in fact hired the artist that goes by the online persona ‘Shamook’. Over the past several years ILM has been investing in both machine learning and A.I. as a means to produce compelling visual effects work and it’s been terrific to see momentum building in this space as the technology advances.” 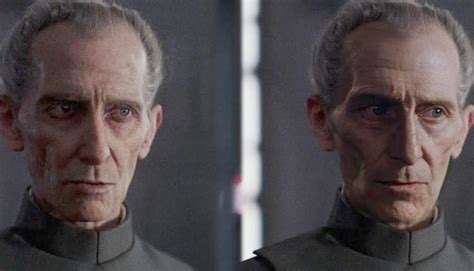 In recent years there has been a surge in the use of digital de-aging of celebrities, with varying levels of success. Similar to the technology that was used to create a digitally rendered version of Carrie Fisher and actor Peter Cushing in Rogue One: A Star Wars Story, de-aging is being used to allow an older actor to play a younger version of themselves without the need for another actor to be cast in the role. How successful the process turns out seems to sporadic and individual to each instance.