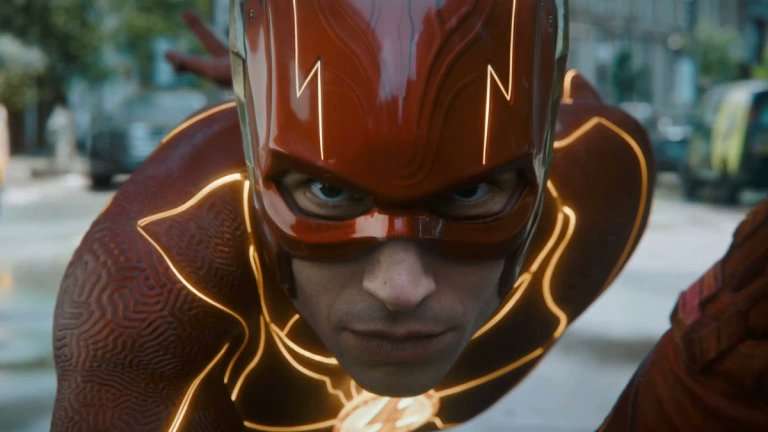 Despite recent controversies and all the delays, Warner Bros. still has high hopes for “The Flash.”  The next DCEU movie in the “Snyder-Verse,” which completed production in 2021 and is scheduled to debut in theaters in 2023, has reportedly been extraordinarily well received in early test screenings. But given DC Films’ inconsistent track record in fielding commercial hits, initial reception that “The Flash” could be a crowd-pleasing blockbuster is not only a relief, but a necessity to succeed at the box office. Of course, nothing is guaranteed.

According to Variety, the biggest concern WB has is that Ezra Miller can’t seem to stay out of trouble. In recent months, the actor has been arrested or taken into custody several times for harassment, assault, and disorderly conduct.

Around the same time, two Hawaii residents filed a temporary restraining order against Miller after they allegedly broke into the couple’s bedroom and tried to steal their passports and wallets. Though the restraining order was later dropped, their continued behavior has prompted serious unease about the people they have endangered, as well as Miller’s own health and well-being. Those incidents took place nearly two years after footage surfaced of Miller appearing to choke a woman outside a bar in Iceland. It’s hardly the kind of attention that a studio wants for the star of a $200 million-budgeted tentpole.

Those eyebrow-raising events have led to speculation about Warner Bros.’ plans for the blockbuster-hopeful, which serves as the first solo film for Barry Allen, a.k.a. the Scarlet Speedster, a.k.a. the Flash. Would the studio actually replace Miller with another actor? Will it jettison the film to HBO Max in an attempt to limit potentially negative fanfare that could accompany a theatrical release? Or will Warner Bros. keep the movie in theaters on June 23, 2023 as planned?

Barring unforeseen developments, sources say, Warners is barreling ahead with intention to give the superhero film the full blockbuster treatment. “The Flash” simply cost too much money to scrap the project entirely and it likely will not generate the revenues needed to turn a profit without playing in theaters. For option three to happen without triggering a major backlash, Miller would need to be on their best behavior. And that’s a big question, because so far Miller has been dogged by one controversy after another, leaving collaborators concerned about the actor’s welfare.

“There are a myriad of directions that Warner Bros. could go,” says Jeff Bock, a box office analyst with Exhibitor Relations. “Choosing the right one is paramount for the future of DC.”

The real problems began with his casting. While fans are able to easily overlook Miller nothing like the version in the comics or the popular TV series, he wore his activism and sexual preference on his sleeve. From his insistence that co-star Gal Gadot says “hetero-patriarchy, your wrath upon the world is on the world is over,” to choking female fans, pretending he’s hunting the Klan, to threatening to sue his arresting officers for “misgendering” him, the boy has got issues.

Wonder Woman and The Flash Interview Each Other

But despite the extremely negative press associated with Ezra Miller, Hollywood shill media, like Variety, are still very positive.

And at a time when superhero adaptations are largely populated by straight actors, Ezra Miller, who stars in “The Flash” and is nonbinary and queer, feels like a refreshingly progressive choice to headline a big all-audience summer movie.

Please. No one gives a shit about this insufferable clown’s gender. If the movie is good, it will do well, but despite Warner Bros. claims about early test screenings, I remain skeptical. Let’s see what happens.