Hero Initiative to Reprint Pérez’s JLA/Avengers, But are Disney & WB Holding Them Back? 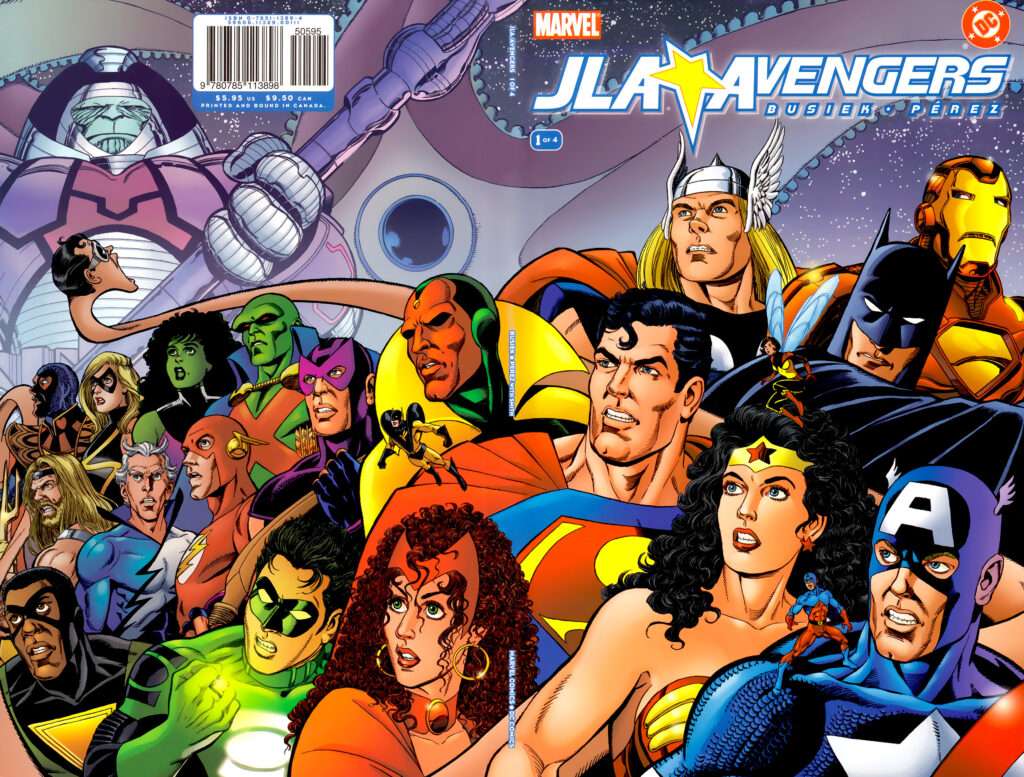 For the first time in decades, the acclaimed JLA/Avengers crossover will be reprinted by Hero Initiative, a charity dedicated to helping comic book creators in medical or financial need. With this printing, Hero Initiative is honoring one of George Pérez seminal works and his long-time support of Hero. George recently announced that he is battling stage 3 cancer, and will likely not be with us much longer, and so Hero Initiative is planning to release JLA/Avengers next month through comic book stores and distributed via Diamond Comic Distributors. Pérez is also a founding member of Hero Initiative’s board of directors and has served as chair of its Disbursement Committee.

The new 288-page full color, softbound volume will contain the original 2003 four-issue co-publishing venture between DC Comics and Marvel Comics, which was written by Kurt Busiek with art by George Pérez. The new printing also features 64 pages of companion content and will reprint introductions by original Avengers writer/editor Stan Lee and Justice League of America editor Julius Schwartz. A bonus in the Hero Initiative edition is a new afterword by Kurt Busiek.

The unfortunate part of this announcement is that the Hero Initiative is limiting this printing to only 7,000 copies to raise money for the charity. They are letting comic book stores order it, but obviously orders will be allocated because of the low print run. This book is easily one of the most demanded out of print comic books of all time, and stores are already complaining that they have dozens of people trying to pre-order it. Brian Hibbs, the owner of Comix Experience in San Francisco and author of “Tilting at Windmills,” shared his frustration with the arrangement on his Facebook page. 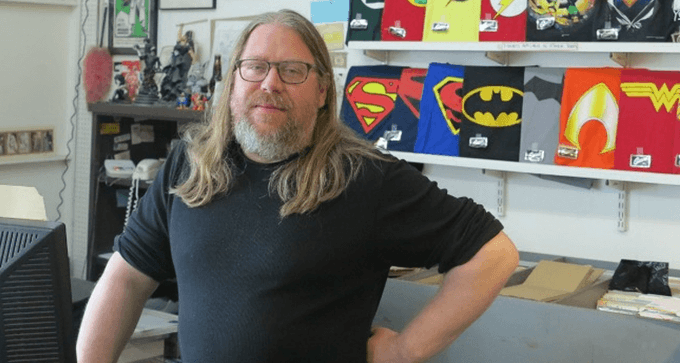 I am currently at about 19 people asking me to buy a copy of the Hero Initiative edition of the AVENGERS/JLA TP *in a single day*, and that’s in email, so my awesome staff at the shop face-to-face are probably also at an equal amount. This is insane relative to how superhero comics generally sell now.

There is a CRAZY demand for this book, and one that has absolutely existed for years, long before the wretched news of George Perez’s illness.

Here’s the problem, bearing in mind that YES! 7k copies is always better than 0k copies…. but, yeah, no, 7k copies is the barest tip of the iceberg of the potential audience for this amazing, seminal piece of superhero comicing: as far as we know there are something on the order of ~3200 Diamond accounts, so therefore math says a 7k print run means 2-3 copies per store. However, I now think can sell sixty in the first week, and another sixty over the next year. And I think I am likely underestimating the number by an order of magnitude?

We’ve already had to start sending out messaging that the nature of this book is that flippers are going to try to buy up every copy at $30, so they can sell it for ~$100. But, seriously, FUCK THOSE GUYS. I feel legitimately awful for the myriad of requests I got in email from people who I know for a live-long fact just want to get a copy to READ, but that *I can not help*. I am so entirely opposed to even the *concept* of flippers turning this into a $100 book on release-day, that we then need to find a solution… and there isn’t a single one that I can think of that rewards the legitimate reader where I am not forced into picking winners and losers.

(I mean: seriously people, my and my super-awesome staff’s, sole job is to curate and sell excellent comics to wonderful people, and our greatest barrier to doing so is ultimately time — and each and every conversation that we had to have today of why we can’t possibly sell folks a thing that they want is seriously and legitimately taking away from us selling people comics)
The only ethical path that I see when I have under 5% of what I think hard reader demand will be is to just sell the book on eBay ourselves there in week one, get the highest price we can and donate the entire proceeds to Hero Initiative because I don’t want to reward the *flippers*, but only the charity.

(By the way, I really strongly and 100% support a non-profit that’s geared around making sure that people who put their lives into making comics are taken care of when things turn sour. Give them money. They’re good people.)

Anyway, I ultimately think that it’s almost entirely certain that AVENGERS/JLA has real-world demand from actual readers such as that a print run of nearly 100k would disappear within 2 years max, and need a perpetual reprint after that. This is a core piece of superhero fiction, and a thing that the audience that is interested in in this genre is *deeply* desirous to read. Plus it completely rocks.

Many people are trying to figure out why Hero Initiative is limiting the run to only 7,000 copies when they could potentially get pre-orders for around a quarter of a million copies. Some speculate that it’s a supply chain issue, with limited funding and time to get the books printed while George is still with us. The plan is to distribute these books by March 16, and they have a final order cut off date in four days. Perhaps finding a printer with an opening in their production schedule so quickly only allowed for a few thousand copies.

But other suggest that it’s Disney and Warner Bros. (the owners of Marvel Comics and DC Comics respectfully), may be limiting the run. 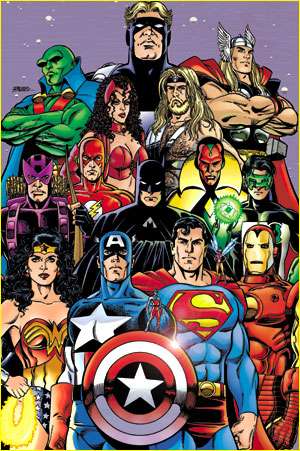 There’s clearly demand for this story, if for nothing else, the rare spectacle of Marvel’s mightiest heroes facing off against DC’s Justice League. Sure there have been crossovers before between the two publishers, and they always sell very well. The first Marvel and DC collaboration was a 1975 Treasury Edition of MGM’s Wizard of OZ, but most fans consider 1976’s Treasury Edition of Superman Versus Amazing Spider-Man to be the first true collaboration. There were several other company crossing team-ups up through the 80’s, 90’s and the year 2000, but the final one was JLA / Avengers in 2003.

Hero Initiative’s mission is to help comic creators that end up with health or financial problems later in life, and Marvel and DC could potentially afford to make $100,000 endowments to the Hero Initiative to help print more copies. What a PR coup for whoever did that? But then again, why don’t they adequately compensate creators on the regular? Another aspect could be that the publishers will see the demand, and reprint their previously published Deluxe Edition later this year, and are only limiting Hero Initiative to a small run before they make their decisions. 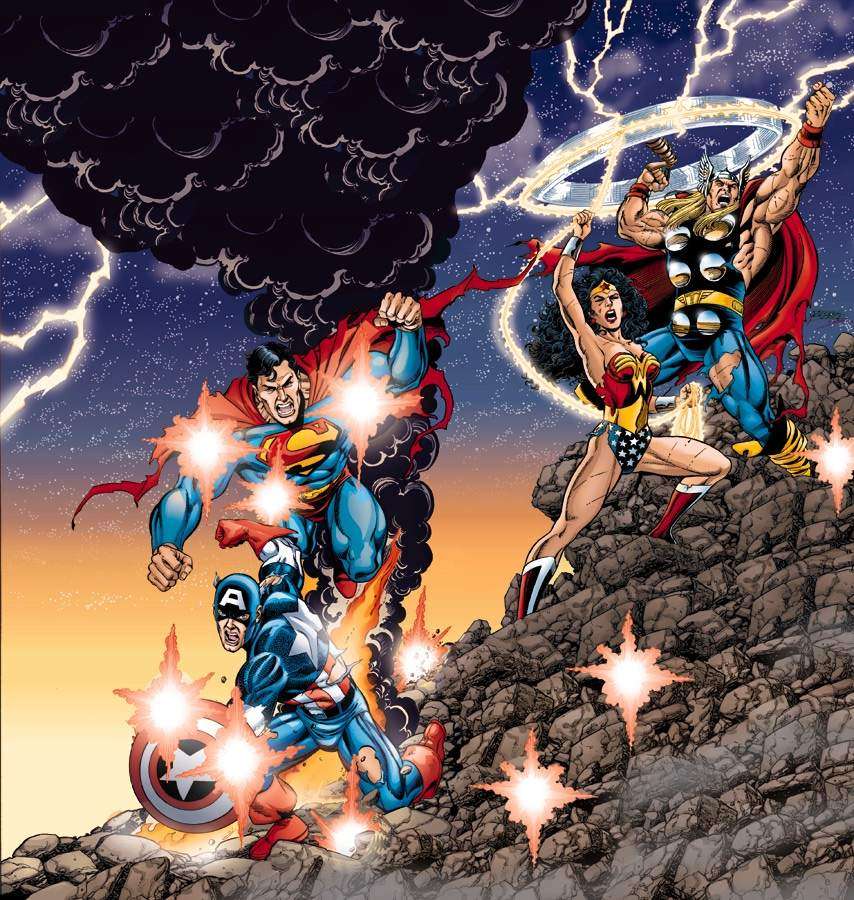 If the publishers could come to terms with how to try crossovers again, or reprint the ones they’ve already done, the industry might see an uptick in people returning to comic book stores. Unfortunately, each of the parent companies of these comic publishers see their publishing divisions as much more than IP factories, so making company crossovers again may not make sense financially with the time and headaches required to please everyone. You can’t have Superman being bested by Thor and not have equal turnabout.

Hopefully if enough people and shop owners will make enough noise, the publishers will engage in further dialogue  on expanding this print run, and perhaps even future collaborations. This particular collection has been in such high demand for so long, that a complete set of the four issue mini-series averages around $150 on eBay with the collected trade paperback going for even more. Maybe the companies will put this back into print, and they are only limiting Hero Initiative’s allotment to promote demand for a future reprint of their deluxe edition. Ideally they could print a deluxe hardcover, with a reprinted book plate, signed and numbered by Busiek and Perez. Then go on to publish a softcover paperback edition and keep it in print in perpetuity. 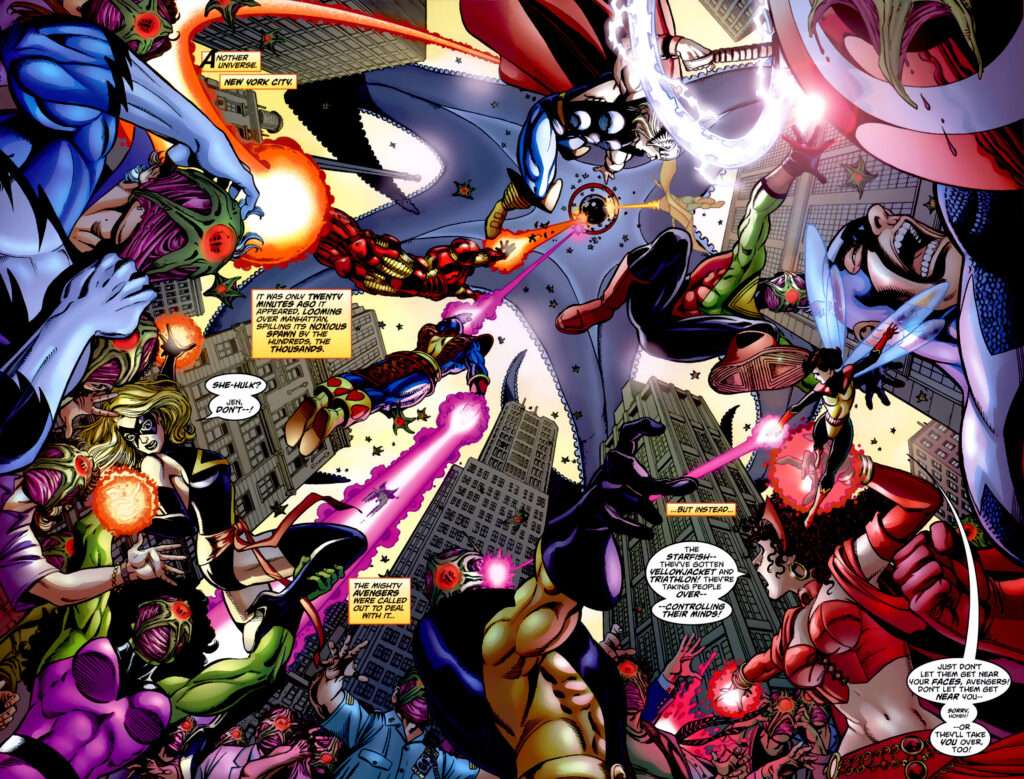 Logistically speaking, putting this tiny print run together took lots of complex negotiations to make happen between two companies who don’t feel it is in their best interests to collaborate with each other. Further dampening the mood, comic book retailers are being put in a position of telling dozens or more of their customers that want this, that they can’t give it to them. Demand is there more this book, and by more than just the speculators that plan to flip it on eBay. It will be very challenging for stores to determine how to get this into the hands of their customers who want to read this, and that’s unfortunate.

I’ve reached out to Hero Initiative, but so far have received no comment.

After all, they are ultimately responsible for this new printing and they do incredible work in their support of comic creators. They are the first-ever federally chartered not-for-profit corporation dedicated strictly to helping comic book creators in need, creating a financial safety net for yesterday’s creators who may need emergency medical aid, financial support for essentials of life, and an avenue back into paying work. Since they started, they’ve been able to grant over $1 million to the comic book veterans who have paved the way for those in the industry today. 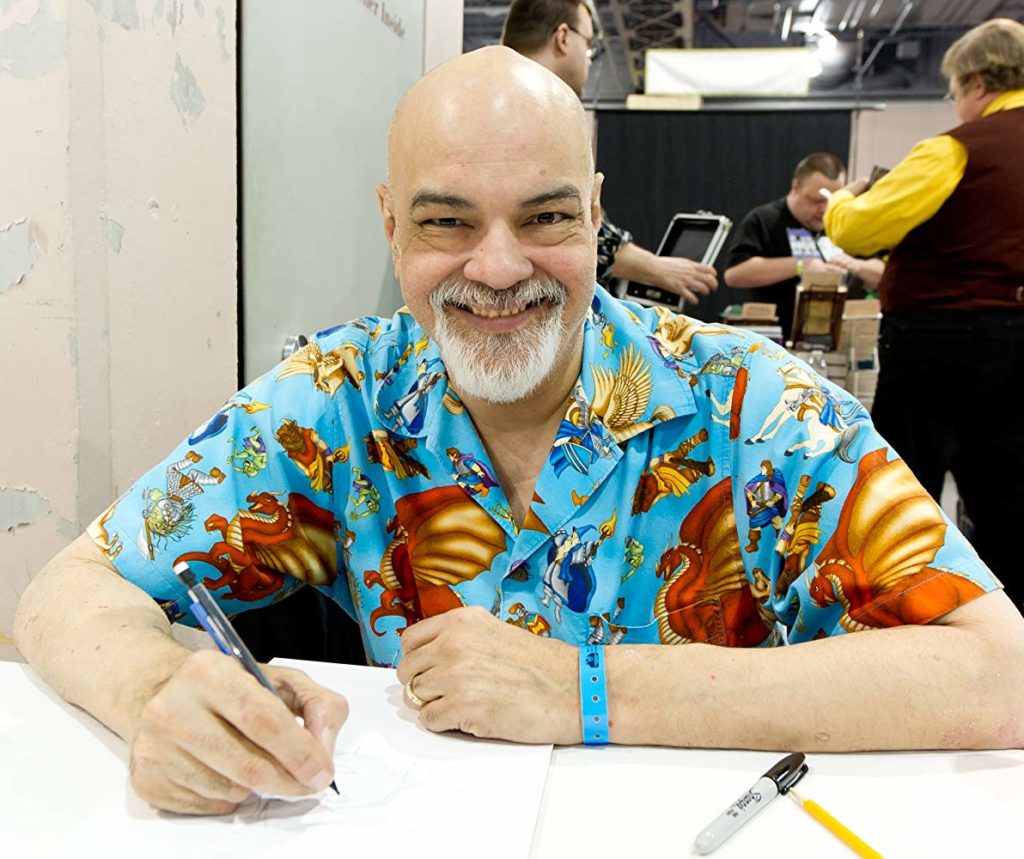 Consider dropping a donation to them sometime to give back something to the people who have given us so much enjoyment. For more information, please visit them at heroinitiative.org.