Variety is reporting that HBO Max has canceled six upcoming animated series, including the highly anticipated “Batman: Caped Crusader,” . The project was ordered to series in May 2021 with Bruce Timm, J.J. Abrams, Matt Reeves attached to executive produce.

Some Batman were surprisingly happy to hear about this news, after it was revealed during the last DC FanDome that the animated series was going “woke,” which actually may have led to its cancellation.

This time, Timm feels… He’ll get to do what he always wanted to do. Reeves also adds that in this iteration, it’s Batman, alone. No Superman, no Justice League, no other heroes… Just a billionaire dressed as a giant bat, focused on vengeance. It’s also an origin story, in a way, as Tucker notes that when he starts, Batman won’t have all his wonderful toys. He also won’t have his allies, as he has not yet earned their “trust.”

The EPs continue, noting that while it will have a distinct film noir feel, it will also be more inclusive and modern in its casting (see the embedded video above at: 3:38). 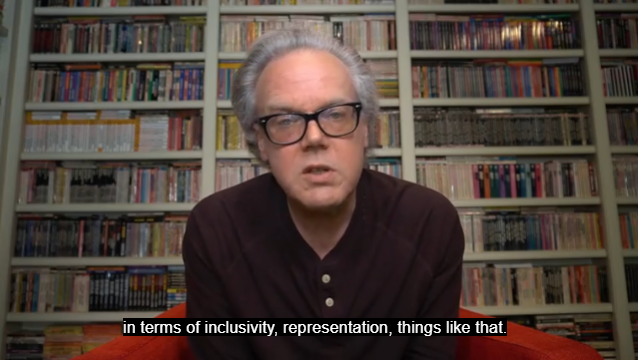 “Batman: Caped Crusader” was meant to build on “Batman: The Animated Series,” co-created by Timm and aired for 85 episodes from 1992-1995. Interestingly, this happens to be the second project from J.J. Abrams that Warner Bros. Discovery decided not to move forward with after cancelling his Demimonde” back in June.

Az from HeelVsBabyface (Hawt Toys) explained why he was pleased with this outcome.

CANCELLED: Woke Batman Animated Show CANCELLED (Put Up to be Shopped Around)!!

As Az mentions in his video, the show is not actually “cancelled,” but it is NOT going to stream at HBO Max. The show is very deep into production and will be shopped around until it finds a home. However, it is doubtful that it will last more than a single season if it is picked up anywhere. Shane Davis comments on the business dealings going on behind the scenes.

The decision not to release these series on HBO Max is part of a larger trend as parent company Warner Bros. Discovery largely divests from kids and family content.  Other animated series on the chopping block are “Merry Little Batman,” “The Day the Earth Blew Up: A Looney Tunes Movie,” “Bye Bye Bunny: A Looney Tunes Musical,” “Did I Do That to The Holidays: A Steve Urkel Story” and “The Amazing World of Gumball: The Movie.” Production on all six series continues, with plans to shop them to platforms besides HBO Max. Warner Bros. Animation is the studio for each, with the exception of “The Amazing Word of Gumball,” which is being produced by H-B Studios Europe.