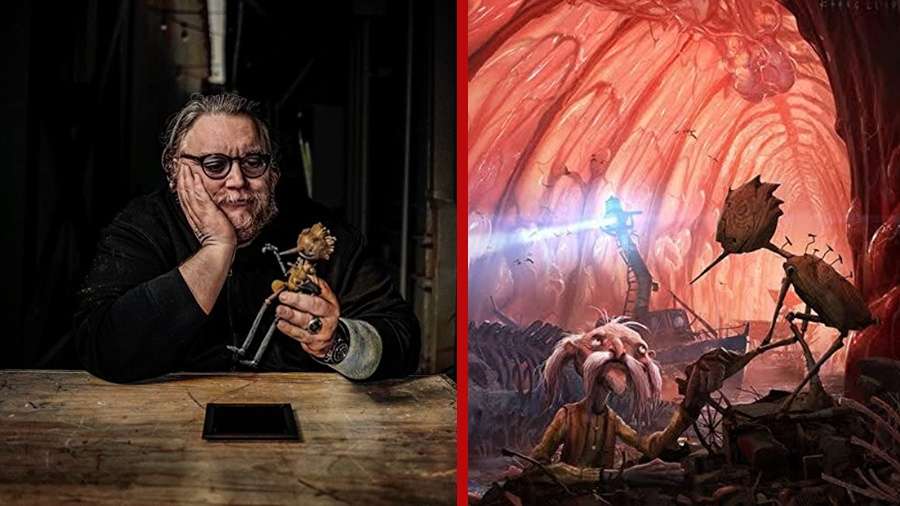 Announced back in 2018 by Netflix, the wait for Guillermo del Toro’s stop-motion Pinocchio movie musical could have just gotten even longer.

Matt Neglia of Next Best Picture brings word of the news, tweeting that the animated movie has seemingly been delayed from a 2021 debut to 2022. Though the reporter didn’t reveal the reason for the film potentially being pushed back, it’s possible that del Toro and Netflix didn’t want to overcrowd his own Oscar prospects. Del Toro’s Nightmare Alley, a new live-action film he directed from Searchlight Pictures, is set for December 3 of this year and is sure to have Oscar buzz (like Pinocchio could have too).

We’re being told now that Guillermo del Toro’s PINOCCHIO will be pushed to 2022 https://t.co/uBgp26LSBC

Netflix previously confirmed the cast for del Toro’s version of the classic tale which has newcomer Gregory Mann voicing Pinocchio, plus Ewan McGregor as Cricket, and David Bradley as Gepetto. Others confirmed to be in the film are Tilda Swinton, Christoph Waltz, Finn Wolfhard, Cate Blanchett, John Turturro, Ron Perlman, Tim Blake Nelson, and Burn Gorman.

Del Toro and Patrick McHale wrote the script which features song lyrics by del Toro and Katz. Gris Grimly created the original design for the Pinocchio character while the film’s puppets were built by Mackinnon and Saunders (Corpse Bride).