Hollywood is celebrating the return of a missing portion of the audience. Women over the age of 35 have not been returning to theaters in the way other demographic groups have and that has hurt films like Marry Me and Death on the Nile that usually count on those viewers for over half of their ticket sales. But they are turning up this weekend for the new Sandra Bullock lead film the Lost City which is estimated to make $30 million over the weekend and bump Robert Pattinson and The Batman out of the top spot. 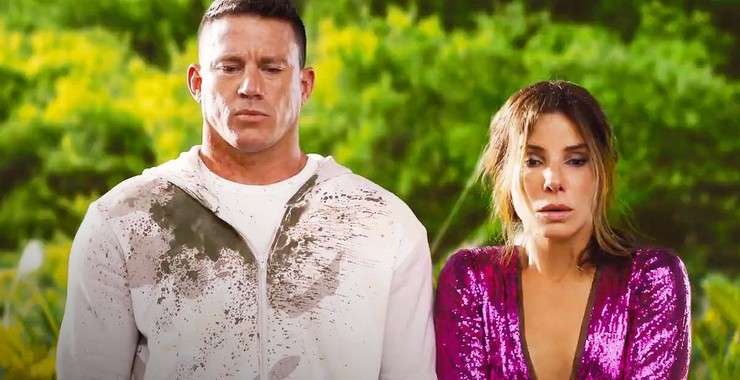 According to Box Office Mojo:

The Batman crossed $300 million domestic on Sunday and $600 million worldwide earlier this week, and it will soon fly past the grosses of Batman v Superman ($330 million) and Joker ($335 million) to become the third highest grossing Batman film domestically behind The Dark Knight ($535 million) and The Dark Knight Rises ($448 million). The Robert Pattinson starring reboot doesn’t seem likely to pass TDKR, but ending up as the biggest non-Nolan Batman film is a nice feather in its cap, as is being the second biggest pandemic-era film. There has been little else going on at the box office this month, but after three weeks of total dominance, The Batman finally faces a formidable box office challenger this weekend.

Though it could be a tight race, we’re expecting Paramount’s star-studded adventure rom-com The Lost City to dethrone the caped crusader for the number one spot, and the studio predicts an opening that falls in the low to mid 20s. Sandra Bullock and Channing Tatum star in what could be called “Uncharted for Women,” which features supporting roles by Daniel Radcliffe, Brad Pitt, and Da’Vine Joy Randolph. Directing and co-writing are Aaron and Adam Nee, who made the well received indies The Last Romantic and Band of Robbers and are set to helm a live-action Masters of the Universe film for Netflix. The Lost City, which reportedly cost $68 million, opens in 4,248 locations and could be the right film to bring back the adult female audience, which few recent big releases have targeted, though it should have a broader appeal as well.

In the film, Bullock plays an adventure-romance novelist named Loretta whose Indiana Jones-esque stories star a dreamy, long-haired treasure hunter named Dash. Dash is portrayed on the books’ covers by a model Loretta can’t stand named Alan (played by Tatum) who has the looks but not the wits. When an eccentric billionaire (Radcliffe) kidnaps Loretta to help him search for the treasure featured in her latest book, Alan tries to prove himself by coming to her rescue.

Unlike the more middling reviews of recent adventure films Uncharted and Jungle Cruise, the critical response for The Lost City is upbeat (79% on Rotten Tomatoes), and a similarly positive audience response could translate to a strong multiple, especially as none of the big April releases look to scratch the same itch. The film also opens in 16 smaller markets this weekend, but April 15 is when the rollout in major international markets will start.

Outside of the Batman/Lost City faceoff, the weekend’s big film story is of course the Oscar ceremony this Sunday. It seems unlikely this will impact the box office, though. The late in the season show means that most of the nominees have already run their course, and none of them made the top ten or grossed above $200k last weekend.

The film is currently tied for second with Scream for Paramount’s best opening during the pandemic, just after A Quiet Place II, which made $47.5 million. Lost City is also on part with previous pre-pandemic Sandra Bullock films including The Heat ($39 million) and The Proposal ($34 million), which is a strong indication that things are getting back to normal in the theaters.