Earlier this month,  Morgan Freeman, star of timeless films like Driving Miss Daisy and The Shawshank Redemption, unabashedly came out against the “Defund the Police” movement.

In the interview above with Black Enterprise magazine’s Selena Hill, Freeman announces that he is “not in the least bit” in favor of defunding America’s police departments. “Police work is, aside from all the negativity around it, it is very necessary for us to have them, and most of them are guys that are doing their job. They’re going about their day-to-day jobs. There are some police that never pulled their guns except on the range, that sort of thing. I don’t know.” 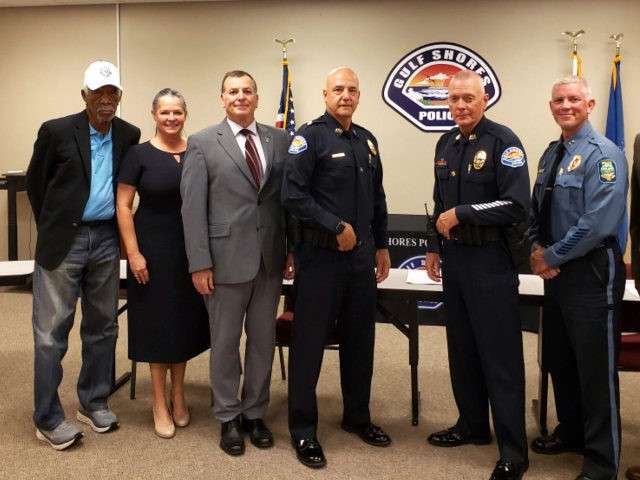 Now the Oscar winner has joined an interview board for Alabama police recruits to help officials evaluate potential employees, further demonstrating his serious support for law enforcement by walking the talk. According to Sky News, Freeman was one of seven members of a seven-member board who met with nine police recruits hoping to join the Gulf Shores Police Department. Freeman is not the only civilian to sit in on the interviews, according to Deputy Chief Dan Netemeyer, and the city frequently requests local citizens to join the interview board.

Freeman also backed up his words by donating $1 million to the University of Mississippi’s Center for Evidence-Based Policing and Reform. The center’s mission is to find ways to better teach cops so they can better engage the community in crime prevention and dispute resolution.