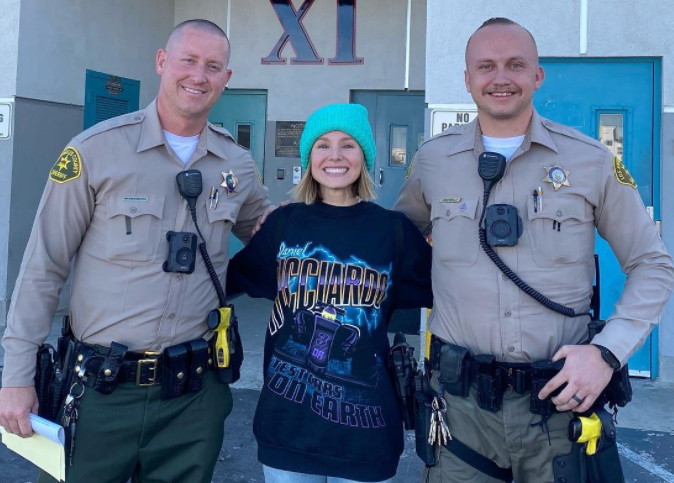 Actress Kristen Bell is probably best known for her roles in Veronica Mars, The Good Place, and for her voice work in Disney’s Frozen, but after the Los Angeles County Sheriff’s Department Lancaster Station included her in an recent Instragram post, she found herself is under attack for posing in photos with police officers.

The official Instagram of the Los Angeles County Sheriff’s Department Lancaster Station shared two photos of Kristen Bell visiting the station, along with the caption:

Today, we had the absolute pleasure of meeting @kristenanniebell, who was hands down, the kindest human ever.

There truly never is a dull moment at Lancaster!

Leftists reacted to the photos with angry hatred aimed at Bell, who they also strangely labelled a “landlord.” Huh?

“Landlord celebrities will post about Juneteenth but at the end of the day their allies are the cops that protect their property at the expense of human life,” one Twitter user wrote.

Looking a little deeper at the Twitter accounts, it appears they are both controlled by the same cop-hating account. These trolls and cop-hating leftists seem to have forgotten that Bell is basicallyone of them, holding all the standard liberal positions for Hollywood actors. She publicly supported Black Lives Matter and vowed to raise her kids to be “anti-racist,” and even joined dozens of other liberal white celebrities to take part in the “I Take Responsibility” PSA, in which the actors apologized for their own racism.

I guess one can never be woke enough. The Left always eats its own.