Alexa Nikolas, a former child star of Nickelodeon’s ‘Zoey 101’, has claimed she “didn’t feel safe” while working at Nickelodeon and is requesting an apology as well as changes to the way the network treats youngsters employed by the venerable children’s network.

“I want to make it safe for kids, because in my personal experience working on Zoey 101, I didn’t feel safe,” Nikolas said to TMZ while taking part in a protest outside the network’s headquarters. “I didn’t feel Nickelodeon was protecting me or had my best interests in mind.”

In the video above, via TMZ, the actress explains why she is part of the protest and what she hopes the outcome will be:

“After hearing so many different stories from so may different Nick stars, it just feels like enough is enough, and so, we’re here today trying to make a change in Nickelodeon. […] I didn’t even sleep last night, but I think anyone is redeemable if they actually do the right things moving forward, but they haven’t even given a comment, and I think that just really awful, because Jennette, and all of us deserve an apology. We really do.” 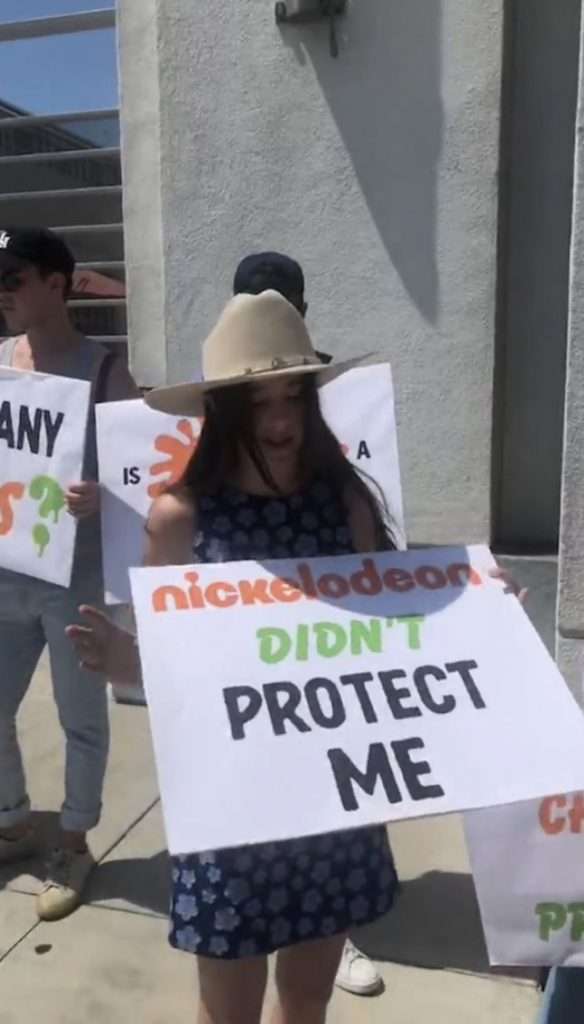 Nikolas added that she hopes not to “hear one more story of a Nick star having a traumatic experience.” I want no more NDAs [non-disclosure agreements]. We’re done with NDAs. No more silencing in there. We want to know what’s happening in there so we can actually help if needed.”

“I want them to apologize to all the Nick stars that suffered in any type of way — any kind of childhood trauma that came from this network, I would like them to take accountability and say they’re sorry. I think that’s simple, and we shouldn’t have to beg for that.”

When asked if she would ever go back to Zoey 101, Nikolas didn’t hesitate: “Never in a million years,” confirming she will never try to make amends with Nickelodeon or her former co-star Jamie Lynn Spears, who attacked Nikolas in her recent memoir, according to a report by Buzzfeed.

In another book published earlier this month, actress and former iCarly star Jennette McCurdy claimed Nickelodeon had paid her $300,000 in “hush money” to keep quiet about her interactions with a man at the network, whom she referred to only as “The Creator.”

These are only a few of the numerous instances of what it appears to be like to work in Hollywood, especially for kids.