From the first peek at Zachary Levi on the set of the Shazam! sequel, to a peek at the upcoming DC Comic set within the ‘Shazam!’ movie timeline and written & illustrated by Yehudi Mercado. Shazam! Thundercrack is aimed at young readers with an original story showcasing Billy Batson as a football all-star. But first, here’s Shazam! star, Zachary Levi suiting up on the set of Fury of the Gods!

And coming this summer from DC Comics, Shazam! Thundercrack!

Billy Batson has never been a team player and becoming the super hero Shazam didn’t seem to change that much, but his new strength and stamina will make football a breeze. After skipping school one too many times, Billy is offered a choice: football or detention. The Fawcett Tigers need a new champion—their last quarterback ended up in the hospital and the coach is pretty sure rival team the Fishtown Atoms are to blame. 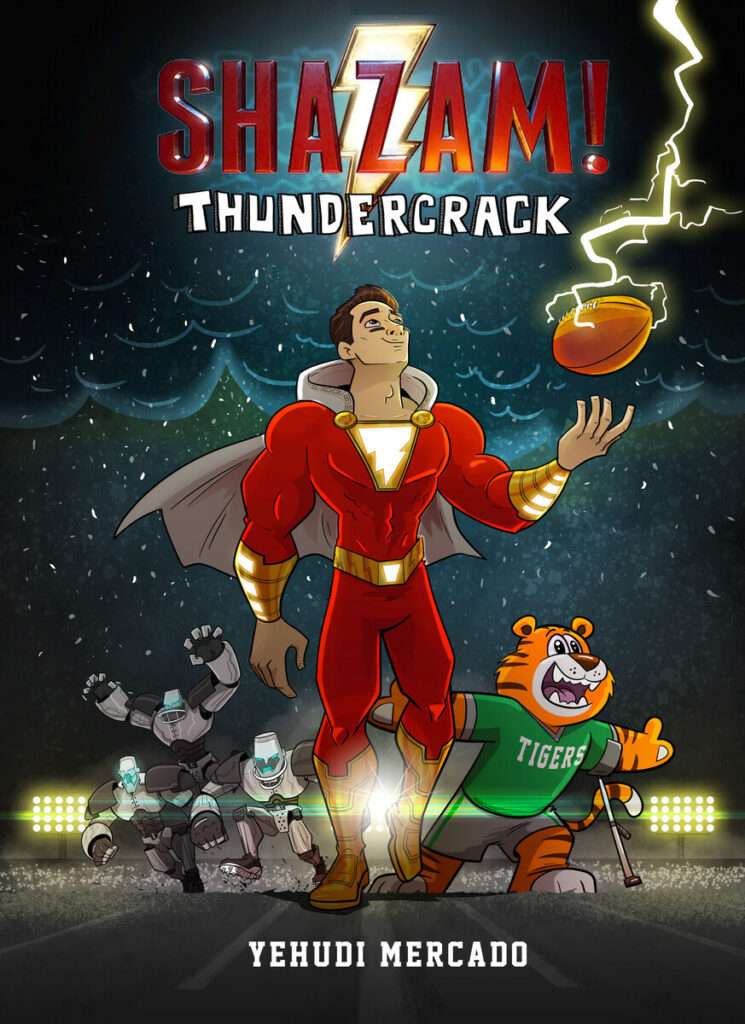 Between football practice and superhero training, Billy’s muscles are getting bigger, but so is his ego. Will foster dad Victor’s wise counsel and memories of his own football triumphs help keep young Shazam grounded? Young readers can follow along on this new journey to find out! Best friend Freddy is also there every step of the way vlogging Billy’s superhero training montages, family pranks, and the new gig he took to monitor Billy’s football practices.

Making his DC debut with Shazam! Thundercrack, Yehudi Mercado is a Mexico City-born writer and artist who grew up in Houston, TX. He began his professional career in the video games industry and eventually became an art director for Disney Interactive, where he co-wrote and art directed the Guardians of the Galaxy mobile game. Mercado’s original graphic novels include Chunky, Hero Hotel, Rocket Salvage, Fun Fun Fun World, and Sci-Fu. He was also the artist on the Epic Original graphic novel Cat Ninja.

Shazam! Thundercrack will be available digitally and at participating bookstores this Summer.