Former Empire actor Jussie Smollett was sentenced last week to 30 months of felony probation, including 150 days in jail, and ordered to pay more than $120,000 in restitution and a $25,000 fine for making false reports to police that he was the victim of a hate crime in January 2019.Smollett had claimed he was physically attacked by two men wearing red hats who put a rope around his neck, poured bleach on him, and shouted racial and homophobic slurs at him, before eventually yelling, “This is MAGA country!” in reference to former President Donald Trump’s campaign slogan.

When Judge Linn announced his sentence, Smollett lowered his face mask to insist he was innocent:

“Your honor, I respect you and I respect the jury, but I did not do this. And I am not suicidal. And if anything happens to me when I go in there, I did not do it to myself. And you must all know that.”

Then, before being taken into custody, Smollett yelled again that he was innocent and raised a fist in the air. 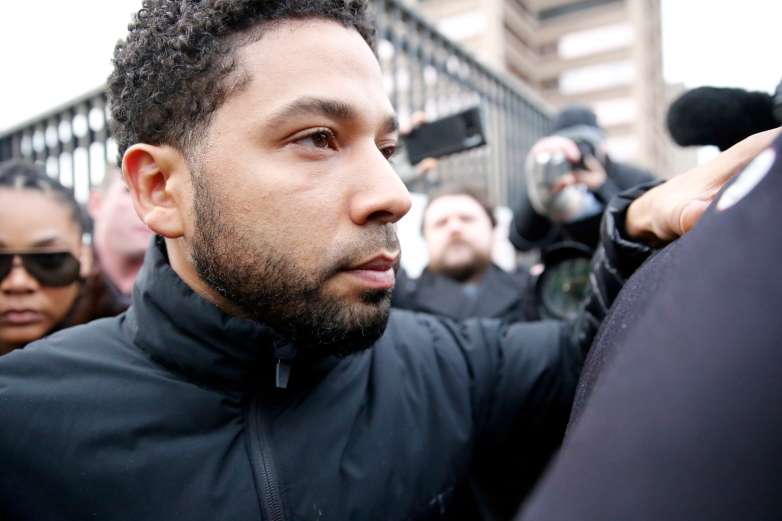 Andrea Widburg at American Thinker has a good breakdown of the details of the case:

Jussie Smollett, claimed he’d ventured out in the cold at 3 A.M. to get himself a Subway sandwich.  He said that two White men in MAGA hats insulted and assaulted him, hanging a noose around his neck and dousing him with bleach.  As Dave Chappelle memorably pointed out, no one with any sense would have believed the story.

Dave Chappelle on the Jussie Smollett Incident | Netflix Is A Joke

However, because Smollett was connected to famous Black activists, had television fame, and had alleged an anti-Black hate crime, the Chicago police felt compelled to take the case seriously.  Their investigation soon revealed that Smollett, fearing that his Empire contract might not be renewed, had hired two Nigerian brothers (one of whom was a sometime lover) to participate in a hoax.  When the truth came out through a special prosecutor’s efforts, and despite a grand jury indictment, Foxx refused to prosecute Smollett.

During his eventual trial, Smollett lied under oath, even as cold, hard evidence (video footage, the brothers’ testimony, etc.) revealed the hoax for all to see.  The jury found Smollett guilty on five felony counts, all associated with lying to the police.

Following her brother’s sentencing, actress Jurnee Smollett, immediately began calling for Cook County to “#FreeJussie,” telling her social media followers that they should advocate for his release, even if they believe he is guilty, because of the disparity in incarceration between black and white Americans. Jurnee Smollett’s call for Cook County to “#FreeJussie” comes after her brother, Jussie Smollett, was sentenced to 150 days in prison in January 2019 for organizing a bogus hate crime against himself.

But the Birds of Prey actress wasn’t the only angry sibling that went before America to defend their brother and decry the system. Smollett’s elder brother, Jojo Smollett, claimed, “[The judge] shamed my brother, he spoke about his arrogance. He doesn’t know the struggles my brother is encountering. He doesn’t know anything that he’s dealing with. In 2022, we don’t shame people like this. Alright? He basically called him a mental case,” he stated.

Another sister, Jazz Smollett claimed the decision was a “miscarriage of justice. My brother is innocent. This should not be a controversial statement because it is the absolute truth.”

“This should not be a controversial statement because it is the absolute truth. What should be controversial is the entire miscarriage of justice his whole ordeal has been,” she said.

WATCH: Jussie Smollett’s 92-year-old grandmother said during his sentencing hearing that the media is not doing a good job on investigative reporting. @LawCrimeNetwork pic.twitter.com/RrtmQ3vTmm

“Jussie is currently in a psych ward at the Cook County Jail,” Jocqui Smollett said in a video posted to the former Empire actor’s Instagram. “What’s very concerning is that there was a note attached to his paperwork today and put on the front of his jail cell saying that he’s at risk of self-harm.”

“I want to just make it clear to folks that he is in no way, shape, or form at risk of self-harm,” he added. “And he wants to let folks know that he is very stable, he is very strong, he is very healthy, and ready to take on the challenge that ultimately has been put up against him.”

Continuing to make it about his “race,” according to a report by TMZ, the disgraced actor says he believes the primary reason he was sentenced to jail is because he is black and that his sentencing is more evidence of “systemic racism” in the judicial system. Smollett also took issue with “the animosity the judge showed toward him.” During the sentencing, Judge James Linn speculated that

Smollett undertook the hoax attack on himself because he “craved the attention,” labeling the actor as a “charlatan pretending to be a victim of a hate crime.”

Jussie Smollett converting to Islam while in jail so he can be called “Jussie X” would complete my 2022 Bingo card.

Smollett has been written out of Empire.  And Chicago Mayor Lori Lightfoot, a former federal prosecutor, praised Judge Linn’s decision to sentence Smollett to time in jail, saying in a statement: “The City feels vindicated in today’s ruling that [Smollett] is being held accountable and that we will appropriately receive restitution for his actions.” 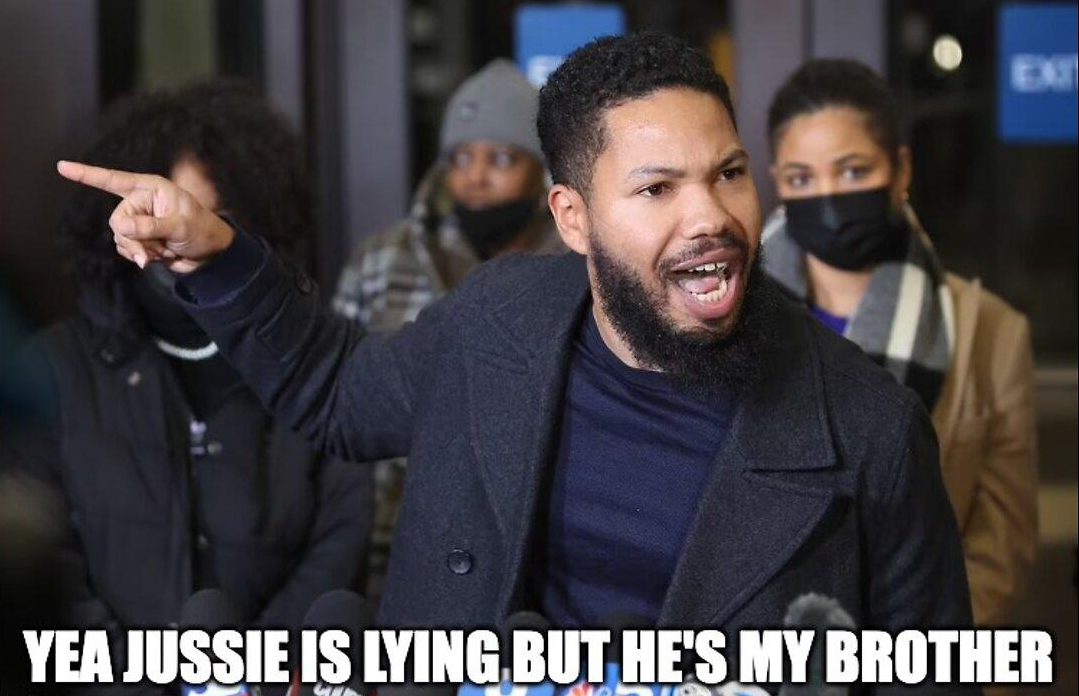