While typically a dumping ground for cinema and among the year’s lowest grossing moviegoing weekends, Labor Day this year was unique. Thanks to National Cinema Day on Saturday, when over three thousand theaters across America offered tickets for $3, attendance was way up.

According to Box Office Mojo, the National Association of Theatre Owners reports they saw 8.1 million admissions on Saturday, which is the highest of all of 2022, and was far higher than 2021’s entire Labor Day weekend (based on the Friday through Sunday three-day) where they saw 7.8 million, and 2019 saw 8.2 million for its Fri-Sun Labor Day weekend. So while this past Saturday was the lowest of the year in actual grosses, it was the highest in attendance made it clear that movie lovers are still eager for the big screen experience.

Spider-Man: No Way Home has swung into first place for the seventh time as it gets a re-release with 11 new minutes of footage. Spidey grossed $6 million for the three-day and $7.6 million for the four-day from 3,935 theaters, a wider release than any other film this weekend. The first place finish ties it with Avatar for the most number one weekends since the turn of the new millennium, though when Avatar gets a re-release in a few weeks it may set a new 21st century record. This brings the cume for No Way Home, the third highest domestic grosser of all time, to $812 million.

The other post-pandemic box office phenomenon Top Gun: Maverick flew into second place, taking home $5.5 million for the three-day (up 16.5% from last weekend) and $7 million for the four-day in its 15th weekend. The estimates put the film’s cume at $700.34 million through Monday. This is just a hair under the $700.43 million of Black Panther which holds the fifth position on the all time domestic box office chart. The actuals could put Maverick ahead or further behind, but either way within 72 hours the Tom Cruise film will officially be the fifth highest domestic grosser of all time. 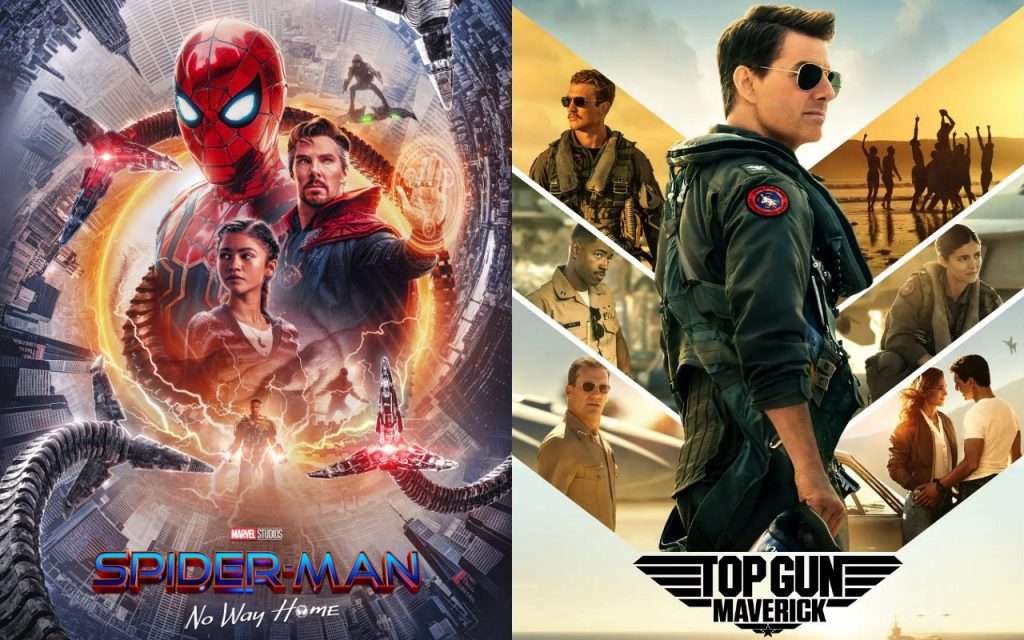 Being one of the only family films around is working in DC League of Super-Pets’ favor as it went from sixth place last weekend to third place over Labor Day weekend. The toon saw $5.45 million over the three-day (up 31.7% from last weekend) and $6.97 million over the four-day, bringing its cume to $82.3 million after its sixth weekend. Globally it has grossed $161 million, a not great total given its $90 million budget, but it is showing fantastic legs stateside following its $23 million opening.

Bullet Train fell from second to fourth place but held nicely with a drop of just 3.7%, bringing in $5.4 million in its fifth weekend and $6.8 million over the long weekend. The Brad Pitt-starrer now has a cume of $87.4 million domestic and $197 worldwide, more than double its $90 million budget.

Last weekend’s number one The Invitation declined to fifth place, and though its 30% drop is the second largest among the top ten holdovers, it’s still a great hold, especially considering its C CinemaScore. The vampire film brought in $4.7 million for the three-day and $5.75 million for the four-day. The $14.8 million cume is nothing to write home about, but with just a $10 million budget it’s a solid take after two weekends. Internationally the film has a $3.5 million cume.

Notable outside of the top five is Steven Spielberg’s classic killer shark movie Jaws, which continues to thrill audiences nearly half a century after its original 1975 release. The 3D and IMAX re-release grossed $2.3 million over the three-day and $2.73 million over the long weekend from 1,246 theaters, coming in tenth place.