Down the Bleeding Cool Memory Hole 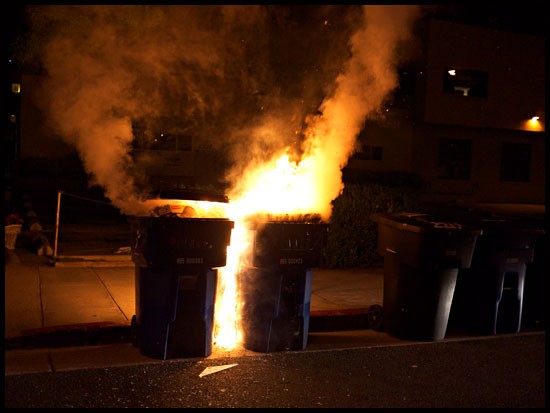 There is something missing in the world of online journalism. A basic set of rules in how reporting works. The first rule of reporting for any starting journalist is that: no story is truly a bad story. For all intents and purposes, Theodore Beale aka Vox Day is a controversial figure in the realm of Comicsgate, Anti-Comicsgate, Science Fiction, and Politics. I could cover the entire story of Vox, and I could only scratch the surface on the man. Perhaps, this is a product of the mythos he makes about himself on Vox Popoli. There’s also the various items about him on Wikipedia, RationalWiki, and Kiwi Farms. He is a case study on his own, yes. But, the study is not about him. It’s about the article that Bleeding Cool has made in relation to him.

(Editor- We don’t often mention Bleeding Cool by name, since this website was started primarily to satirize them, their clickbait articles, and their abundance of pop up ads and auto-start videos, as well as to offer the perspectives they don’t often present on their website – namely a more libertarian to conservative perspective that has so often been substantially lacking. Furthermore, they have mods who repeatedly shadow-ban community members whenever they espouse points of view that don’t align with the progressive, pro-comic publishing shill point-of-view they seem to regularly ascribe to. This situation will be the exception.) 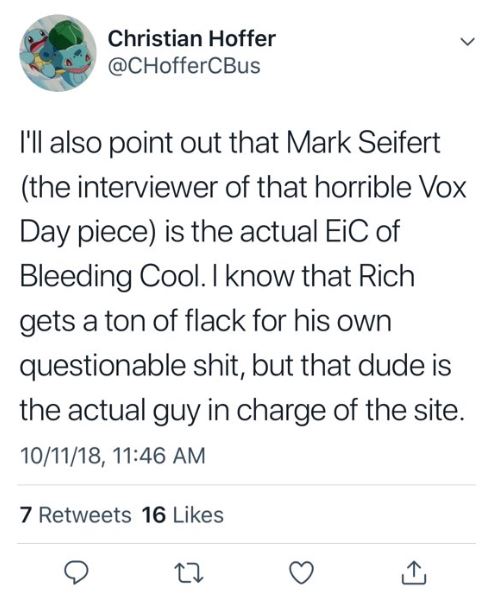 The Article in Question

If you don’t attempt the following:

Expect a toxic trash fire of an article. By all intents, if you do want to read the article before you continue forth in this opinion piece. You are more than welcome to, honestly. It can give you a bit of context on what I’m talking about, exactly.

Click this link above for the archived version of the article.

The article was created by Mark Seifert, who was listed as the managing editor of Bleeding Cool. He marked up the article, adding in the interview conducted by Rich Johnston. As everyone who reads this site knows, Rich keeps himself well known as an irritant to most people in the comic industry. He’s also a very vocal Anti-Comicsgate speaker. However, he committed cardinal sins against the culture of the “NPC.” He seemingly humanized the views of Vox Day.

When the goal of a movement or an anti-movement is to dehumanize the opposition… Rich Johnston committed that very cardinal sin of giving a human face to someone that his peers consider a monster. When Vox Day brought his now defunct Comicsgate branded comics into the public arena. The Anti-CG side ate it up. They thought he would be acclimated to the perception of Comicsgate. However, this backfired tremendously.

A majority of Comicsgate rejected this prospect. However, Anti-CG made sure to remind everyone on the opposite side that Vox Day came in like Don Quixote to be their hero. This interview by Rich Johnston killed that perception. He went into the interview with the intention of dehumanizing his interview subject. Instead, the article and interview brought forth a bit of insight towards the controversial figure. As a result of this action, the NPC/SJW community went to social media to denounce Bleeding Cool.

Two important items happened in the world of Bleeding Cool. The main item that people are paying attention to is the fact that Bleeding Cool placed the article in the virtual trash bin. As you now see within the CG movement, the article was saved to Archive to remain on the Internet forever. The CG movement learned its lesson from not properly documenting the Melissa Morgue saga. It also learned some items from Kiwi Farms and their skills in documentation. 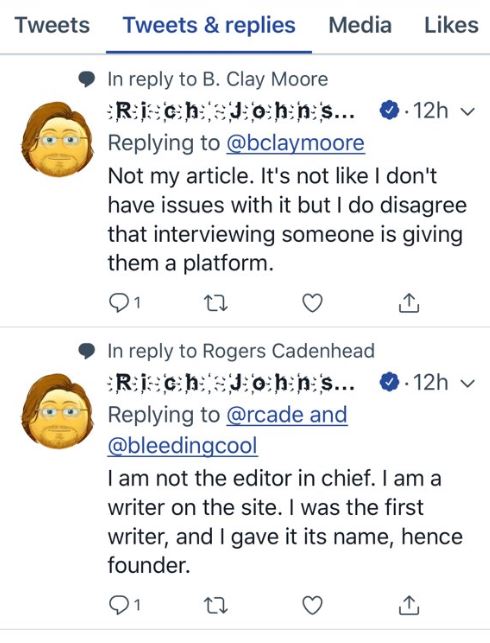 The lesser known item that people are ignoring for the sake of railing at Bleeding Cool for deleting the article… It caused a shift in power at Bleeding Cool. Mark Seifert was the managing editor. Now, according to the apology listed by Bleeding Cool, this is n longer the case. Kaitlyn Booth has now been promoted into the role of Editor-in-Chief by parent company, Avatar Press. While seemingly insignificant, this is actually quite the shockwave in a sense. For the sake of this piece, the exact words are presented below. 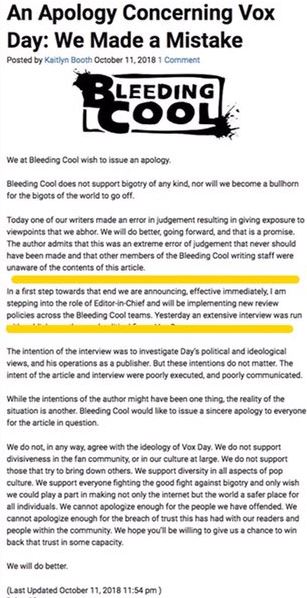 “We at Bleeding Cool wish to issue an apology.

Bleeding Cool does not support bigotry of any kind, nor will we become a bullhorn for the bigots of the world to go off.

Today one of our writers made an error in judgement resulting in giving exposure to viewpoints that we abhor. We will do better, going forward, and that is a promise. The author admits that this was an extreme error of judgement that never should have been made and that other members of the Bleeding Cool writing staff were unaware of the contents of this article.

In a first step towards that end we are announcing, effective immediately, I am stepping into the role of Editor-in-Chief and will be implementing new review policies across the Bleeding Cool teams.”

What does this quote mean? There is a term: news speak. News speak is defined as ambiguous euphemistic language used chiefly in political propaganda. If you can read the item properly, it translates to such… Bleeding Cool humanized a monster that we tried to create. Seifert and Johnston killed the narrative we had against Vox Day. Now, we’re going to promote a woman to take charge for the sake of “equality.” But don’t worry, we’re still going to produce the pieces that you expect from us. Except, we’re going to have a tighter message in our hit pieces. 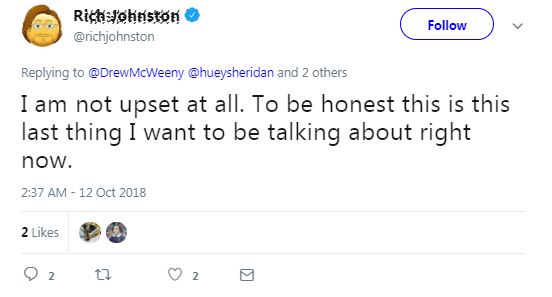 This is what the article created. When we went down the Bleeding Cool Memory Hole, we saw something that the NPC culture has become afraid of. They wanted a monster. Rich and Mark messed that narrative up royally. This is almost unforgivable. In fact, you can anticipate Rich Johnston featured even less under the new regime of Kaitlyn Booth. When you see Rich again, he’s likely to to pull the proverbial “Scott Snyder” and double-down tremendously.

Worth noting that Mark Seifert, co-founder of Bleeding Cool, invoked #ComicsGate no less than thirteen times in his lengthy interview with Vox Day. One could be forgiven for wondering if he were trying to link the two. Vox Day repeatedly dismisses the notion of any connection. See for yourself. archive.is/KgJ0s

This is what you’re going to find down the memory hole. Get ready for an interesting ride. It never seems to end. 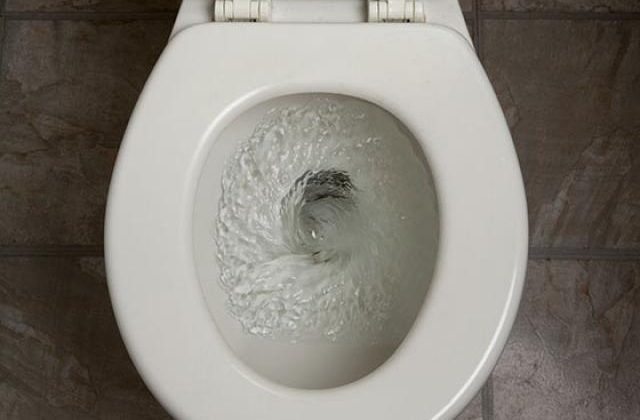