Disney Staff Among 17 Arrested in Underage Sex Sting in Florida

The Walt Disney Company, as one of the largest media corporations in the world, has been the subject of a wide variety of criticisms of its business practices, executives, and content. Yesterday, investigators in Polk County Florida announced that an undercover child sex investigation in Florida resulted in the arrests of over a dozen pedophiles, including three Disney World workers and a certified nurse.

During a news conference, Polk County Sheriff Grady Judd said that 17 persons were arrested as part of “Operation Child Protector,” and that they face a total of 49 felony and two misdemeanor counts. 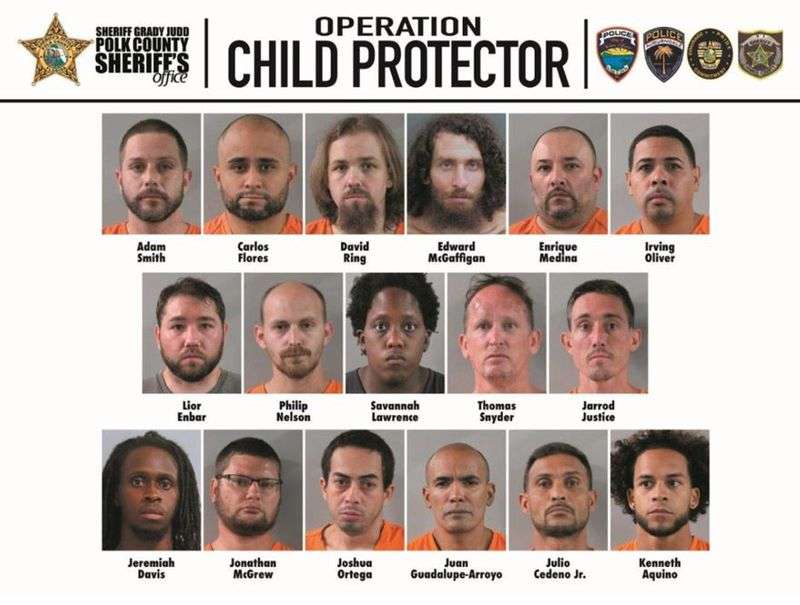 According to the Orlando Sentinel:

A 26-year-old lifeguard at Disney World’s Animal Kingdom Lodge was arrested in his work attire after went to meet what he thought was a 13-year-old girl for sex in Polk County, according to the Sheriff’s Office.

Kenneth Javier Aquino, of Orlando, was one of 17 people arrested in a sex sting dubbed “Operation Child Protector” involving detectives from the Auburndale Police Department, Orlando Police Department, Winter Haven Police Department and Orange County Sheriff’s Office. The detectives posed as 13- and 14-year-olds on social media platforms, mobile apps and online dating sites during the operation from July 27 to Aug. 1.

Aquino sparked up a conversation with what he thought was a 13-year-girl on a social networking site, said Polk County sheriff’s spokesperson Carrie Hortsman. He asked the “girl” for photos and sent an explicit video of himself, according to Hortsman.

After work, he showed up to meet the girl wearing his Disney polo, swimming trunks and Crocs, Hortsman said. He was arrested on charges of traveling to meet a minor for sex, attempted lewd battery and transmission of material harmful to a minor.

Others arrested included 33-year-old Jarrod Justice, of California, who showed up with condoms and Sour Patch Kids candy, and 33-year-old Jonathan McGrew, 34 , of Kissimmee, who came in an Uber with his girlfriend, Savannah Lawrence, so the “girl” could have sex with them both, Hortsman said.

Walt Disney’s only comment on the matter was that McGrew and Lawrence were on unpaid leave pending the outcome of their cases. The full details on the case are available on the Polk County Sheriff’s Office official website here.