Disney Re-Hires James Gunn For ‘Guardians of the Galaxy 3’

Last summer, after several “problematic” tweets and photos on director James Gunn’s social media were revealed to the public at large, Disney and Marvel Studios parted ways with the successful film auteur.  Disney fired Gunn in July 2018, after old, offensive tweets from the filmmaker were resurfaced by conservative personalities online. The firing was controversial, with Guardians of the Galaxy stars, including Chris Pratt, Zoe Saldana, Bradley Cooper and Dave Bautista, signing an open letter asking for the filmmaker to be rehired. Bautista, in particular, had been outspoken in his support of Gunn in spite of the tweets being objectively “indefensible“.

Marvel Studios put Guardians 3 on hold, though Marvel head Kevin Feige and others involved have maintained they intended to make the film happen. Guardians 3 never had a release date, but Gunn previously said it would open in 2020. Meanwhile DC and Warner Bros quickly snapped up the filmmaker to helm their sequel to Suicide Squad.

In a surprising turn of events, Mike Fleming Jr of Deadline is reporting that Disney has reinstated James Gunn as director of Guardians of the Galaxy Vol. 3. Neither Disney nor Marvel Studios has offered an official comment and Gunn’s reinstatement should not impact his commitment to write and direct “Suicide Squad 2,” which he signed on to last October. According to Deadline, Marvel has agreed to wait to produce “Guardians 3″ until after Gunn completes “Suicide Squad 2.”

“Redemption and second chances have long been superhero movie staples, and today it looks like life has imitated art. I’ve learned that Disney has reinstated James Gunn as the writer-director of Guardians of the Galaxy 3, and I’ve confirmed it with Marvel and Gunn’s camp.”

The social media messages were indefensible, but the filmmaker never did anything but blame himself for poor judgment displayed at a time when he was emerging from the Troma film factory and attempting to be a provocateur. There were no reports that Gunn ever engaged in the behavior he lampooned. Unlike the defensive posture exhibited by Kevin Hart that led him to skip hosting the Oscars, Gunn fell on his sword early and often and never lashed out at Disney… [ ]

Deadline also included Gunn’s original apology, written after the offensive tweets had been brought to light:

“My words of nearly a decade ago were, at the time, totally failed and unfortunate efforts to be provocative. I have regretted them for many years since — not just because they were stupid, not at all funny, wildly insensitive, and certainly not provocative like I had hoped, but also because they don’t reflect the person I am today or have been for some time. Regardless of how much time has passed, I understand and accept the business decisions taken today. Even these many years later, I take full responsibility for the way I conducted myself then. All I can do now, beyond offering my sincere and heartfelt regret, is to be the best human being I can be: accepting, understanding, committed to equality, and far more thoughtful about my public statements and my obligations to our public discourse. To everyone inside my industry and beyond, I again offer my deepest apologies. Love to all.”

It was also reported that Marvel Studios had not met with or considered any other director for “Guardians 3,” despite rumors that Taika Waititi (“Thor Ragnorak”) was in talks for the position.

James Gunn had this to say: 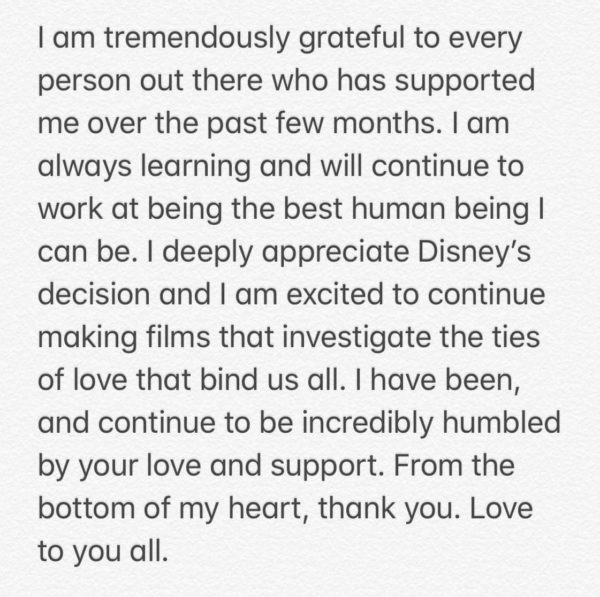 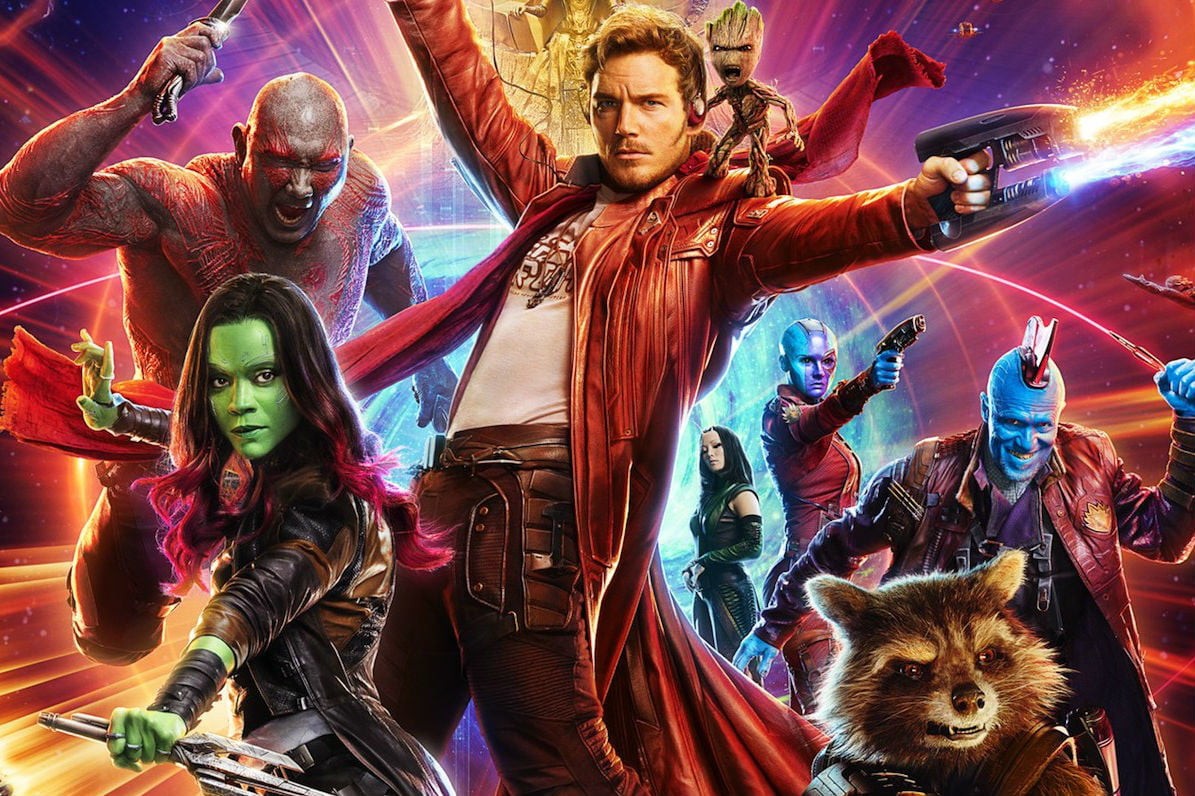