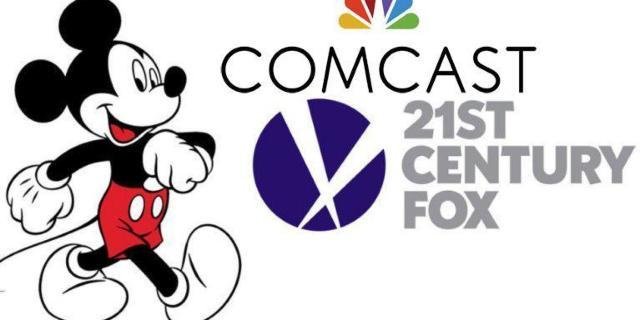 The ante has officially been “upped” for the grand prize of FOX.  Last week, Comcast announced a $65 billion bid for Twenty-First Century Fox which is currently in an agreement to be acquired by Disney. The deal included Fox’s movie studios, networks National Geographic and FX, Star TV, as well as the FOX stakes in Sky, Endemol Shine Group and Hulu, and some regional sports networks. Fans of this website have been excited to speculate how this deal could potentially reunite the Marvel Comics properties held by FOX with the Marvel Studios films owned by Disney, meaning such heroes as the Fantastic Four and the X-Men properties could play in the same sandbox as the Avengers, Doctor Strange, Black Panther, and so on.

Comcast offered $65 billion in cash for the company last week, topping Disney’s $52.4 billion stock offer in December. The bid represents a 19% increase over Disney’s offer. Comcast, the parent of CNBC, offered $35 a share in cash. Disney will likely counter, which could start a bidding war. Comcast’s bid for Fox seems more like an opening salvo in a bidding war than it does a best and final bid,. Fox is now considering canceling or postponing its July 10 shareholder vote on the Disney-Fox merger while this plays out.

The long-awaited bid comes a day after a federal judge cleared AT&T’s $85 billion takeover of Time Warner, a deal the government tried unsuccessfully to block on competition grounds. AT&T’s win in the court case is expected to usher in a wave of big mergers as companies look for new ways to combine. Comcast definitely is feeling confident of its chances to get a deal passed by U.S. regulators after AT&T’s deal was approved yesterday.

An additional consideration in these bidding wars is what Netflix must be thinking. Disney is launching a family-friendly Netflix rival next year with its own content and had been planning to use the content it was going to buy from 21st Century Fox to fortify another streaming competitor, Hulu, which Disney partly owns. Combined with Disney’s sports streaming service, ESPN Plus, the Disney-Fox deal had the potential to set Disney up as a megaforce in the streaming world. Now, that’s in doubt because of Comcast’s higher bid bid to steal Fox out from under Disney. The best outcome for Netflix would be some sort of split of Fox’s assets that sees its TV and film businesses, along with its 30% stake in Hulu, and its 39% share of European TV provider Sky fall into different hands.

As of Wednesday, June 20, Disney has upped their bid to counter the Comcast offer with a $71 billion dollar bid that includes taking on some of FOX’s existing debt which will effectively raise the overall bid to approximately $85 billion. According to Bloomberg, FOX has accepted this new, higher counter-offer by Disney putting the ball back in Comcast’s to see how they will counter Disney’s new counteroffer. What will Comcast do next?

And what would be the best outcome for the consumers? Or better yet, for geeks like us?

Well, up for grabs first would be Fox’s film studios, which include properties like Avatar, X-Men, the Fantastic Four, and Deadpool. These would certainly pair well with Disney’s studios since it would reunite the Marvel franchises X-Men and the Avengers, as some of those characters were already in Fox’s hands when Disney bought Marvel in 2009. Disney also has the Muppets, Pixar and Star Wars. And they even have an Avatar Pandora attraction at the Walt Disney Animal Kingdom. It’s as if Disney has been working towards a deal like this for years.

It would make sense for Comcast to try to sell the Fantastic Four and X-Men properties to Disney if they acquire FOX. Producing new films on those characters doesn’t seem like something Comcast is prepared to do, and Disney has made attempts to buy the properties in the past, so that arrangement could still happen even if Comcast prevails. 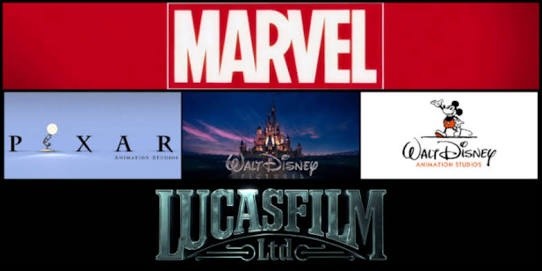 On the downside, Fox and Disney Studios combined make up 45% of worldwide box office revenue. A larger studio could use its power to keep its movies in more theaters longer and squeeze out rival movies. Disney has already been criticized for insisting on a 65% share of ticket-sales revenue for Star Wars: The Last Jedi. And Disney is also required theaters to reserve at least four weeks in the largest auditorium available exclusively for The Last Jedi screenings. How much more control do they need?

On the Comcast Universal movie side of the equation, there’s the prehistoric juggernaut Jurassic Park. The FOX properties would expand Comcast’s reach, though the company would have just 25 percent of the box office with FOX added, according to figures from Box Office Mojo.

On the television side, FOX Studios’ productions include ”This Is Us,” ”Modern Family,” and “The Simpsons.” Its networks include FX Networks and National Geographic. These would go well with Disney channels like ABC, the Disney Channel and Freeform. In fact, “Modern Family” already airs on ABC. “This is Us” is on NBC, but produced by FOX Studios. As for Comcast, they own NBCUniversal, including the NBC broadcast network, CNBC and USA. And Comcast’s studios produce “Chicago Fire” and “Will & Grace,” both airing on NBC. It doesn’t seem as much of a match with Disney.

Regardless of which company prevails in buying FOX, the FOX television network and some cable channels including FOX News will stay with media mogul Rupert Murdoch.

As for the sports properties, Disney’s deal includes getting FOX’s regional sports network, which shows hometown sports in several cities including New York, Los Angeles, Dallas, Cleveland, Detroit and Kansas City. Those networks would complement Disney’s nationally focused ESPN. On the other hand, Comcast already has similar regional networks through NBC Sports, including ones in Boston, Chicago and the San Francisco Bay area. Getting the FOX networks would expand Comcast’s territorial reach.

Whichever company prevails will control streaming service Hulu. Currently, Comcast, Disney and Fox each has a 30% stake, with Time Warner owning the other 10 percent. With FOX’s share, either Comcast or Disney would end up with a controlling 60% stake.

Disney has been planning a streaming service for 2019. If Disney prevails, it could either combine that with Hulu or keep them as separate services. If Comcast prevails, Disney’s service could be less appealing, as it wouldn’t have FOX video. Comcast doesn’t currently have similar streaming ambitions and wouldn’t benefit as much from the FOX video, but that could change.

Internationally, FOX’s cable and international TV businesses are part of the offerings. That’s key for Comcast, which has a limited overseas presence. Disney and Comcast had already been at battle in the UK over Sky. Fox has a 39& stake in Sky and has been trying to buy Sky outright, with the intention of selling the full company to Disney as part of that deal. UK regulators have given the green light to that offer if FOX sells Sky News. Regulators there also have cleared Comcast’s $30.7 billion offer for the 61% of Sky that Murdoch doesn’t own. 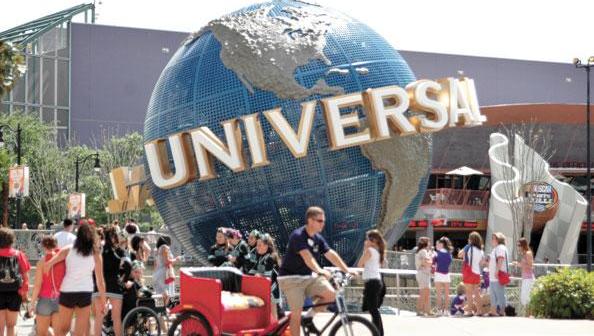 Comcast and Disney have made extensive use of their portfolios at their theme parks in California, Florida and overseas. Disney, for instance, is expanding its attractions related to “Star Wars.” On the flip side, Disney turned its Pirates of the Caribbean ride into a major movie franchise. Comcast’s Universal Studios has attractions based on Universal’s “Fast and the Furious” franchise.

Either company would be able to expand its opportunities with Fox, though the theme parks have historically been able to reach licensing deals with rival studios. Universal, for instance, has rides based on FOX’s “The Simpsons” and Warner Bros.’ “Harry Potter.” Disney has licensed Fox’s “Avatar” for its “Pandora” park within Walt Disney World.