Following the recent “bloodbath” of layoffs at the company, DC has officially canceled a number of titles in November including Teen Titans, Young Justice, Suicide Squad, Hawkman, and John Constantine: Hellblazer, marking the solicitations with a “Final Issue” designator. Less clear, however, is the fate of Aquaman. The solicitation for Aquaman #65 calls it a “finale,” and writer Kelly Sue DeConnick has confirmed her departure from the title, but the solicitation does not bear the “Final Issue” marker of DC’s confirmed November cancellations. 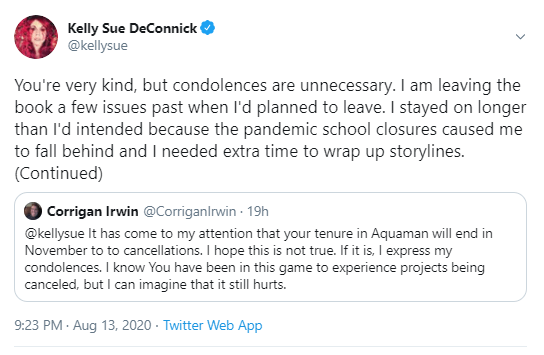 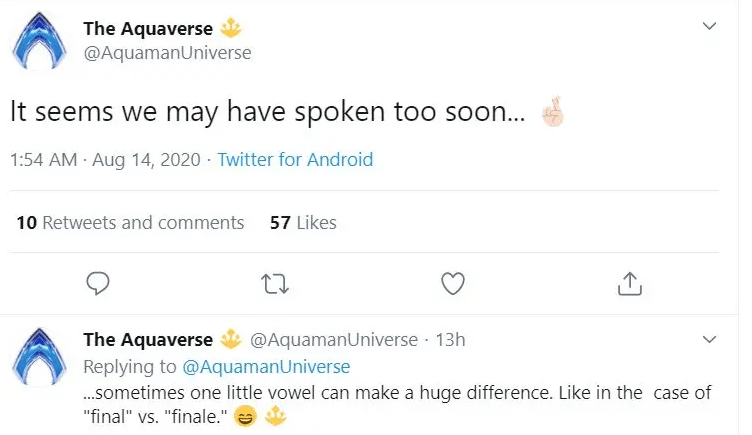 Following the cancellations of Batgirl, Batman and The Outsiders, and Justice League Odyssey in October, more DC titles are scheduled to get the ax in November. DC’s just-released November solicitations reveal that Teen Titans, Young Justice, Suicide Squad, Hawkman, and John Constantine: Hellblazer are all ending in November – with a cryptic message about Aquaman that makes the title’s fate questionable. The Batman’s Grave and Metal Men limited series will also reach their planned end in November.

Teen Titans is the longest-running title on the list, with a new creative team, Robbie Thompson and Javier Fernandez, recently joining the title with issue #39.

See all the November solicitations for DC Comics here.

If only there were some reasonable explanation for why DC Comics would cancel Aquaman written by Kelly Sue DeConnick?!? pic.twitter.com/PO2sWiJXmQ

Note to our social media account intern: It’s not officially cancelled, but DeConnick IS leaving the book.