DC Announces New YA & Other Graphic Novels at ALA Annual

During as Book Buzz panel at the American Library Association’s (ALA) annual convention last week in Washington D.C., DC announced plans to expand its Books for Young Readers program with an extensive new graphic novel slate geared toward young adults and middle grade readers. The new titles revealed today are scheduled to debut from 2020 through 2021 and feature stories starring Batman, Superman, Wonder Woman, and more of DC’s most iconic characters, written and illustrated by some of the biggest names in the young adult (YA) and middle grade publishing space.

As standalone stories, DC’s YA and middle grade graphic novels are not part of DC’s ongoing comic book continuity and completely accessible to new fans. DC’s YA titles feature thought-provoking stories for readers ages 13 and up that focus on everyday aspirations, struggles, and triumphs. DC’s middle grade graphic novels are geared toward readers ages 8-12 and tell stories focused on friends, family, and growing up. 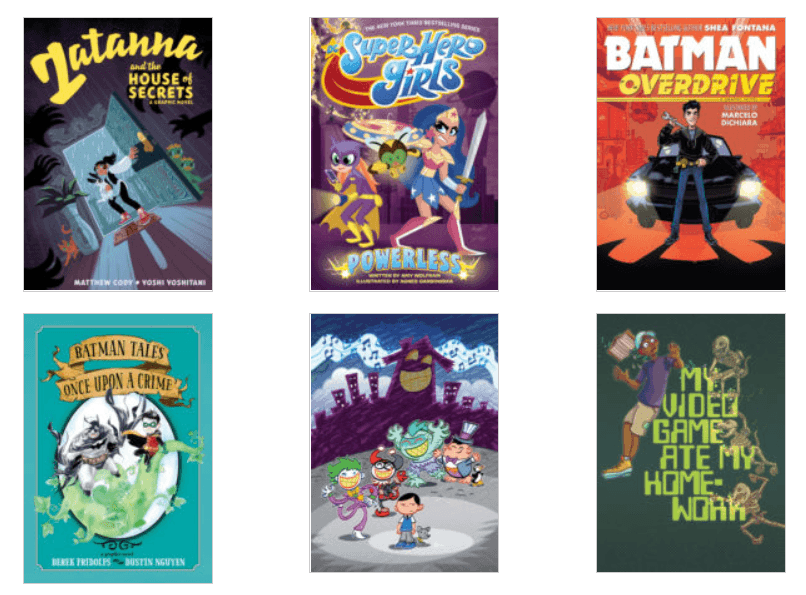 For a current list of titles and creative teams slated to hit stores in 2020 and 2021, see below.