Comicbook Workers Union: Could Image Become What it Was Created to Oppose? 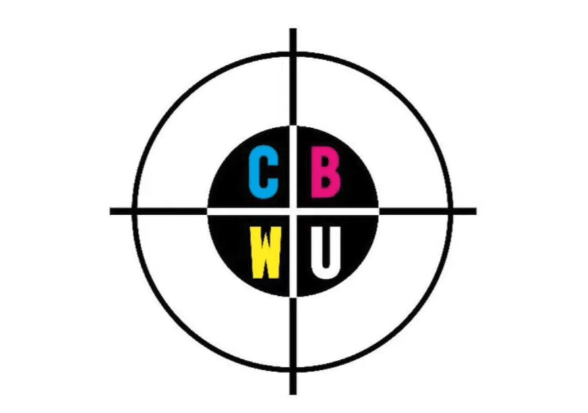 What exactly is the workforce at Image Comics thinking? A tiny cadre of long-term employees of the indie comics publisher announced today the formation of a union calling themselves ‘Comic Book Workers United’. Along with their announcement, they released a document outlining their plans. The document is signed by Ryan Brewer, Leanna Caunter, Marla Eizik, Drew Fitzgerald, Melissa Gifford, Chloe Ramos, Tricia Ramos, Jon Schlaffman and Erika Schnatz.  These appear to be editorial staff, rather than writers, artists, or creators.

In the early stages of organizing, we looked to Image’s founders for inspiration. Their dreams of self-determination and more equitable treatment in the industry they loved and helped make successful are also our dreams.

While this appears to be office staff, organizing a union of freelancers for collective bargaining may fall under anti-trust laws, which are intended to combat price fixing. As has already been reported elsewhere, the Taft-Hartley Act of 1946 explicitly excluded “any individual having the status of an independent contractor” from unionizing to the section that already excluded domestic and agricultural workers from being able to exercise that right. A Freelancers Union exists, but doesn’t engage in collective bargaining deliberations with employers, but does help with healthcare and other provisions that a freelancer may be unable to get themselves. Almost all the creator owned comics published at Image are done so by freelancers, not the people who are forming the union.

Most savvy creators set up their own LLCs, and if they started talk with each other about things like minimum prices for work, that might be considered collusion and could potentially open them up to federal prosecution. And it’s worth noting that much bigger names in the past, like Neal Adams, Barry Windsor Smith, Dick Giordano, Frank Miller, Steve Gerber, Steven Grant and others explored the possibility of unionizing back in the seventies and eighties but it never got any traction.

Image was founded in 1992 by Erik Larsen, Jim Lee, Rob Liefeld, Todd McFarlane, Whilce Portacio, Marc Silvestri and Jim Valentino, and back then Image Comics marked a major shift in the comic book industry by focusing primarily on creator-owned work. In the years since then, it’s gone on to become the third-largest comic book publisher in the United States, behind Marvel and DC. Founder Jim Valentino at least seems pro union, according this Facebook post from over the summer, but rest assured he would never agree to be held to account by the list of demands this union has proposed. 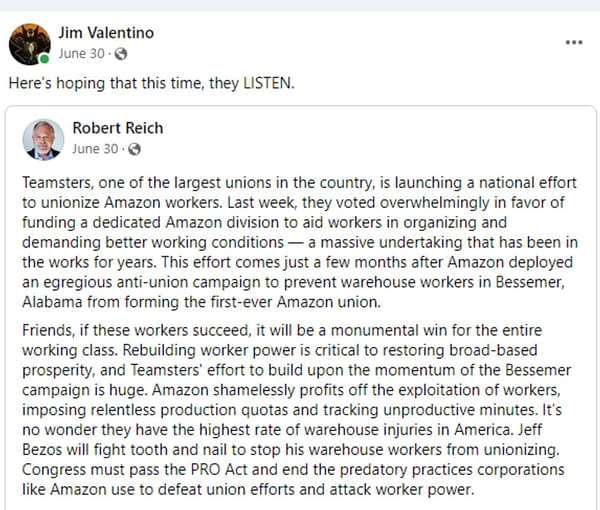 The Comic Book Workers United publicly issued the following goals, demands, and requests, and are asking for people to sign a statement of support, whether as an individual, firm or group.

There seems to be a lot of discussion about value propositions, pay scales, reparations, and diversity, but it’s difficult to see how any of this is sustainable in such an already weakened industry struggling with supply chain issues, and boasting transparently thin margins, that currently silences conservative viewpoints. There doesn’t appear to be any concern about actual merit or entertaining the consumers. And when they finally get to number seven above, this amorphous language looks like pure extortion on the part of activists that wish to decide what constitutes “abuse”, “racism”, “xenophobia”, “transphobia”, etc. Who are the arbiters of such accusations? Could this lead to any sort of tyrannical oversight, or at the very least, abuse? Wouldn’t neutral civility be a better approach? This sounds a lot like rule by hegemony.

Kneon at Clownfish TV had this to say:

The Image Comics union sounds a lot like the Kickstarter union.

So more gatekeeping by committee. This will be abused for sure.

Reactions and feedback on an Image Comic Book Union

When you get right down to it, the biggest strength creators have regarding the way they are treated by a publisher is the consumers’ perception of them and their work and their desire for the work from those creators. Does this union think they are going to tell Todd McFarlane what he can and cannot do with his Spawn products? Or cancel a book by Erik Larsen if he includes his signature problematic themes in Savage Dragon? Didn’t these guys leave Marvel Comics for the very creative freedom and ability to capitalize on their popularity and merit that this sort of union could threaten?

More transparency, better structure, and better pay? Of course we support that, but it should always be according to merit and market. It should also be noted that Image Comics has not officially responded to this announcement.