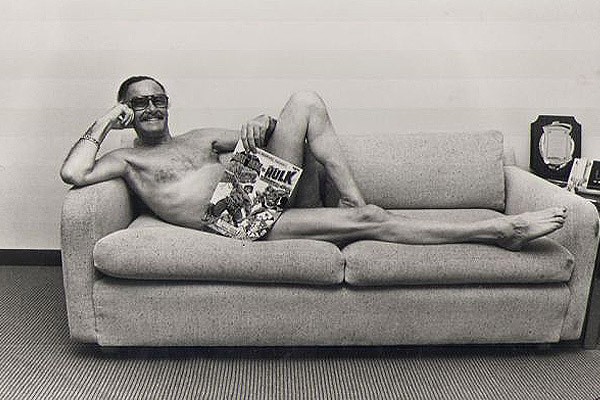 Happy 95th Birthday to the great Stan Lee!
Born in 1922 in New York, Stanley Martin Lieber is at the center of the Marvel universe. Although he did not establish the publishing house, he is responsible for many of its superheroes – such as the Fantastic Four, Hulk, Iron Man and the X-Men – figures that often challenge heroic archetypes. The new book, “The Marvel Age of Comics 1961-1978,” is the perfect introduction to Lee and his work.

“The one and only! Happy birthday!!” Evans, who portrays Captain America in Disney‘s Marvel cinematic universe, said.

“Happy birthday to the legend,” Ruffalo, who portrays the Hulk, said alongside a throwback, black and white photo of Lee standing in front of a shelf of comic books.

The one and only! Happy birthday!! https://t.co/Xh4XxYx0Eb

Kevin Feige, the president of Marvel studios, also wished Lee a happy birthday and teased that more cameos featuring the comic book icon appearing in various Marvel films are on the way.

Lee last had a cameo in Marvel’s Thor: Ragnarok, where he portrayed a hairdresser tasked with cutting Chris Hemsworth‘s (Thor) hair.

Lee, a former chairman of Marvel Comics, is known for writing and co-creating Marvel’s staple of iconic superheroes including the Fantastic Four, the Hulk, Thor, Iron Man and the X-Men with Jack Kirby, as well as Spider-Man and Doctor Strange with Steve Ditko, among others.