Zoop, a new indie comics crowdfunding platform was recently announced, which bills itself as “the first end-to-end full service crowdfunding platform created exclusively for the fandom community.” The platform launched on Monday with Slow City Blues — which has already reached nearly half its funding. Rather than a crowdfunding platform like Kickstarter or Indiegogo, it appears to be more of a direct ordering platform. Zoop also offers fulfillment as part of its services, which some comic creators could potentially find useful.

Jordan Plosky, the founder of ComicBlitz, and Eric Moss, former head of Business Development at IDW Publishing, launched Zoop this month and they’ve recruited the controversial Camilla Zhang serving as “advisor.” Some Kickstarter members may remember that Ms. Zhang was the former “comics outreach lead” at the crowdfunding giant. Zhang’s mission is to help develop Zoop, an new platform that they hope will “redefine crowdfunding for the fandom community”. 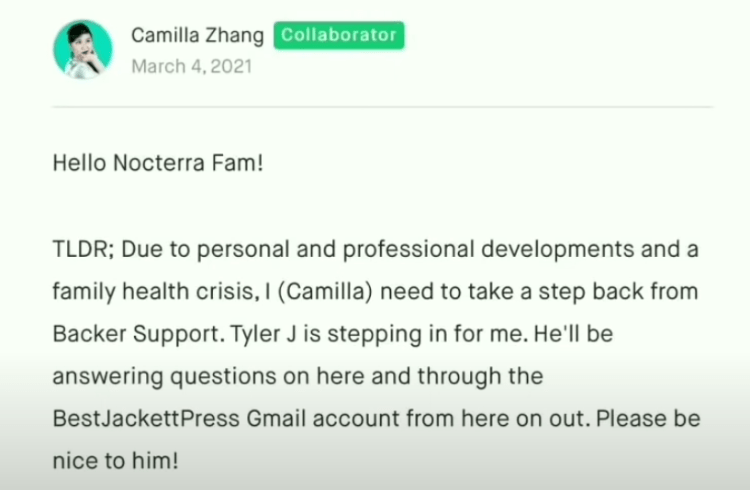 Zoop is being touted as a concierge service for creators, handling everything campaign-related from start to finish, including campaign setup and management, pledge management, production, fulfillment, marketing and more, so creators can focus more on creating and less on the business side of things. No other crowdfunding platform offers these services, although there are services like Backerkit and several boutique outlets that handle these services already, but separately from the crowdfunding platforms themselves.

“Comics are the fastest growing crowdfunding category today, and COVID’s impact on the industry highlighted the need for a new solution for creators” said Jordan Plosky, Co-founder and CEO of Zoop. “Zoop was created to solve these and more pain points by bringing crowdfunding, e-commerce, production, fulfillment, and distribution together under a single, simple platform.”

Zoop appears to have launched as more of a curated site featuring a few notable comic book creators, with the goal of eventually opening the platform to all creators across the fandom community.  And while Kickstarter and Indiegogo have been very good platforms for comic creators, the fulfillment services out there that help with promotion and fulfillment on the backend are separate from the main crowdfunding platforms. Not everyone is convinced that Zoop is going to be opened up “to all creators” though. Kneon and Geeky Sparkles of Clownfish TV weighed in on this topic.

At the moment, Zoop certainly looks as though it is made just for themselves and their friends. Will they be curating the books? Will they vet the creators that crowdfund on the platform? There was a time when many mainstream comic book industry folk were seen mocking any creators who were using Kickstarter, but now several high-profile comic book creators are flourishing on Kickstarter, and even some projects, like Keanu Reeves’ own creation BRZRKR, grossed $1.4 million bucks from their backers. Even on Indiegogo, artists like Ethan van Sciver, who had seminal runs on Green Lantern at DC Comics, grossed over a million dollars on both his first AND his second issue of Cyberfrog. Do you think Zoop would welcome creators like these?

Zoop may have a long way to go if they expect to compete with the saturation and adoption levels of sites like Kickstarter and Indiegogo, but trying to serve self-publishers who need a third-party to manage small to mid-size crowdfunding campaigns may be a solid approach.