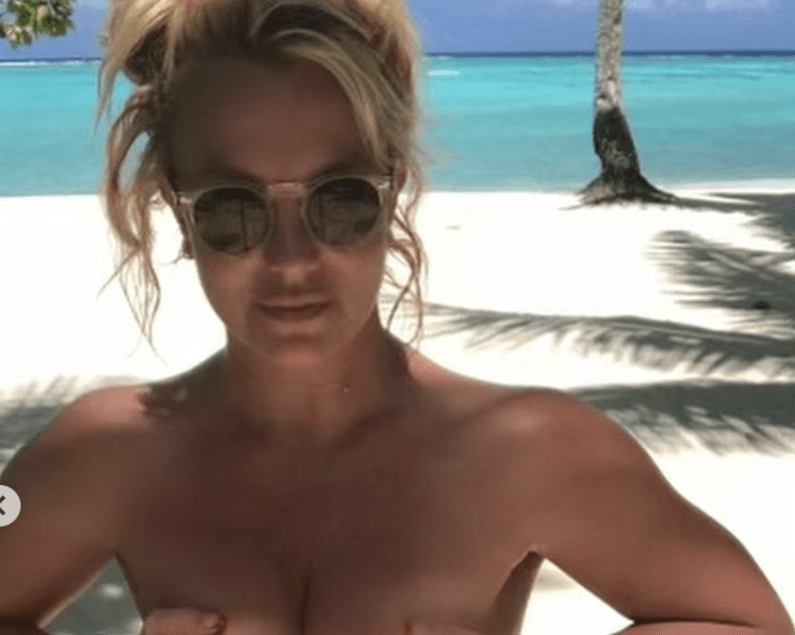 Pop idol Britney Spears celebrated the end of her conservatorship by sharing naked images with her 34.5 million Instagram followers just hours after a court suspended her father, James Spears, from the conservatorship that had governed her life and finances for 13 years.

“A beautiful day here in paradise celebrating !!!!!!” Spears wrote in an Instagram caption, which featured a risqué video of her frolicking topless in the sea

“Playing in the Pacific never hurt anybody!!!! Pssss no photo edits … the tub curves,” Spears wrote in the caption of a follow-up Instagram post, which featured a carousel of nude photos with flower emojis placed over her nipples and genitalia.

On Wednesday, Los Angeles Superior Court Judge Brenda Penny agreed with a petition by Spears and her attorney, Mathew Rosengart, arguing that her father’s status as conservator of her personal life and $60 million fortune needed to be terminated. The verdict came months after the singer begged in court for her father’s removal, stating, “I want my life back.” Earlier in the week, it was reported that Spears’ father could face an FBI investigation after being accused of breaching “unfathomable lines” over a “horrifying and unconscionable” claim that he installed a surveillance system in Britney’s bedroom…! WTF?