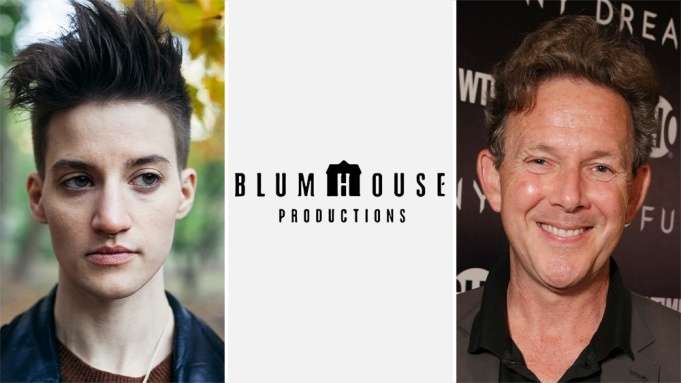 The openly gay writer of Skyfall, John Logan, has announced his next project: Whistler Camp, a horror thriller set at a queer conversion therapy camp. With this film, Logan will also make his directing debut.

The picture will be written by the three-time Oscar nominee for Blumhouse Productions, the studio behind Get Out and Insidious. According to Deadline, Blumhouse has pitched the film as a “queer empowerment” story and has begun casting calls. There’s no information on when filming will start or when the movie will be released.

John Logan is best known for his work as a playwright and screenwriter. His play, Red, won 6 Tony Awards and Logan is a three-time Academy Award nominee. Some of his screenplays include Gladiator, Hugo, The Last Samurai, Skyfall, and Spectre. John Logan is no stranger to horror having created and written the Showtime horror series, Penny Dreadful which ran on the cable network from 2014-2016 and its spin-off series Penny Dreadful: City of Angels in 2020.

Carrie Preston, Theo Germaine and even Kevin Bacon, who is also an executive producer, are attached to the film.

While the film is being pitched as an LGBTQIA+ empowerment story set at a gay conversion camp, it should be noted that “conversion therapy” is outlawed in many states. That being said, many people have left the “gay lifestyle” to become fully functioning straight people, notably celebrities such as Anne Heche, Jessie J, Gillian Anderson, Julie Cypher, Donnie McClurkin, and Angelina Jolie. Some have also said it was through their personal faith that they made that change.