If you watched the historic SpaceX launch last weekend and thought the suits astronauts Doug Hurley and Bob Behnken were wearing looked very cinematic, you’re not alone – and for a very good reason, at that. The designer behind the suits, Jose Fernandez, is part of the collaborative effort that is Ironhead Studios, one of Hollywood’s leading special effects firms for the movie industry. Within the past few years, Fernandez and Ironhead have been responsible for designing and outfitting heroes in movies like Batman v Superman, Captain America: Civil War, TRON, and The Amazing Spider-Man.

The process first began in 2016 when the Elon Musk-founded SpaceX approached Fernandez and asked him to participate in a design competition for the custom-made suits. As it turns out, Fernandez’s helmet design is the piece of the suit that sealed the deal for the relationship. 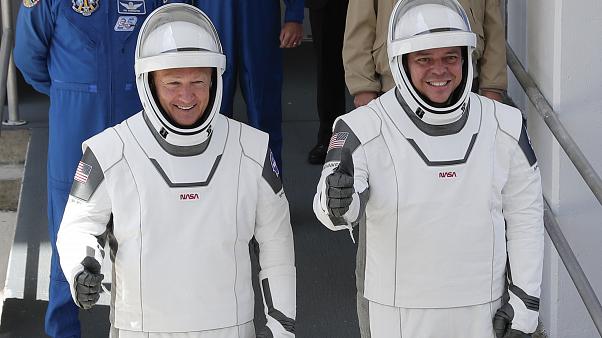 “He (Musk) kept saying, ‘Anyone looks better in a tux, no matter what size or shape they are,’ and when people put this space suit on, he wants them to look better than they did without it, like a tux. You look heroic in it,” Fernandez said in an interview.

The designer is no stranger to making iconic helmet pieces either – Fernandez was the one who came up with the designs for both Loki (Tom Hiddleston) and Thor’s (Chris Hemsworth) helmets in the Marvel Cinematic Universe, plus the cowl design Ben Affleck’s Bruce Wayne wore in Batman v Superman.

Comparing the Future Portrayed in 'Demolition Man' to Modern Day America
Watch: Spider-Man Half-Hour Retrospective Doc Celebrates 20 Years on Film
It's the Woke, Stupid: Why Netflix Lost $60 Billion in a Single Day
Elon Musk Buys Twitter - and the Meltdowns Have Been Glorious
Woke Streamers Posting Their L's: Netflix, Disney, CNN+ Having a Bad Week
Top and Bottom comics of the week 3-30-2022
What's This? A TRON 3 Movie News Update