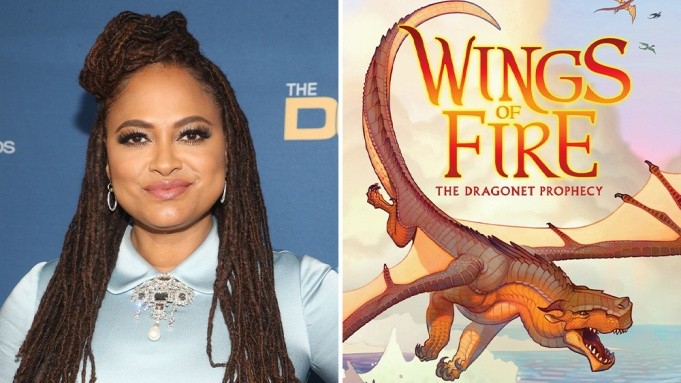 Deadline reports that Ava DuVernay has crossed many genres in her career, but now the Oscar nominee looks set to become the Queen of Dragons – at least in an animated sense.

In the first animated effort for the A Wrinkle in Time director, the exclusive rights to Sutherland’s sweeping fantasy and multi-dragon POV publications of 15 novels, a trio of graphic novels and four short stories were sealed by WBA after a pitched bidding process that reportedly went into the eight-figures.

If you haven’t read any of the Wings of Fire series, the multi-continental books initially focus on the differing POVs of a group of five young dragons who are prophesized to end a decades-long war that has decimated the fictional lands of Pyrrhia and Pantala.