One of the rules of reporting is never make the story about yourself. In this very strange and historic week, it appears that two news networks are in fact themselves in the news. According to Deadline, Tucker Carlson of Fox News is claiming that rival network CNN is attempting to force his network off the air.

The conservative leaning news has been dipping in the ratings as of late as far more right-wing alternative such as OAN and Newsmax are gaining popularity, but CNN does appear to be on the attack with on-air anchor Brianna Keilar calling Carlson’s show “entirely fantastical” and she referred to the rival host as “a propagandist. A liar. A Parasite” on Twitter.

No comment on the fact that CNN was exposed for being propagandists against a sitting U.S. President by Project Veritas

Carlson claims that CNN has contacted at least six cable carriers in an effort to get Fox News deplatformed. Carlson went on to say that CNN is claiming that Fox and other right-wing media are directly responsible for the violence that took place at the U.S. Capitol this week.

How much of this is true remains to be seen, but on the CNN website there is an article by Oliver Darcy asking why if the cable providers won’t carry a “fringe and conspiratorial network like Infowars” then why does it carry OAN, Newsmax and Fox News which he described as “at times just as irresponsible and dangerous”.

CNN can always be counted on with a ridiculous and fascistic hit take. 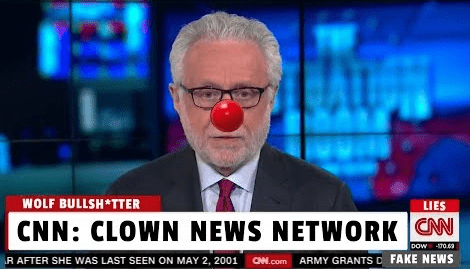