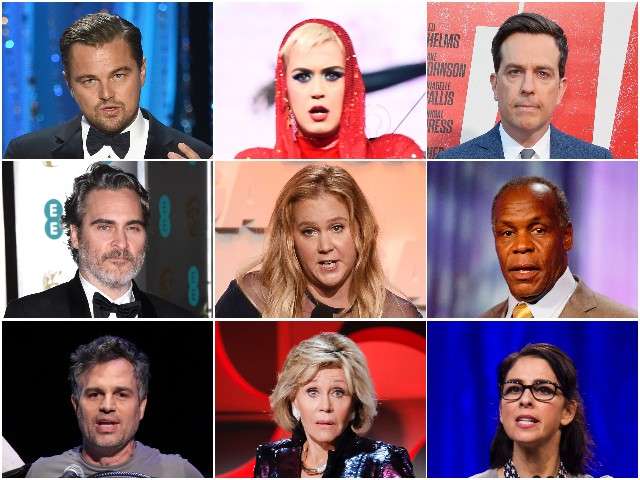 Left-wing Hollywood stars such as Leonardo DiCaprio, Mark Ruffalo, Jane Fonda, Ed Helms, Danny Glover, and Rosanna Arquette are trying to pressure Joe Biden to halt the Enbridge Line 3 oil sands pipeline, as well as all “fossil fuel infrastructure expansion,” claiming it is an “attack” on both the environment and indigenous rights. 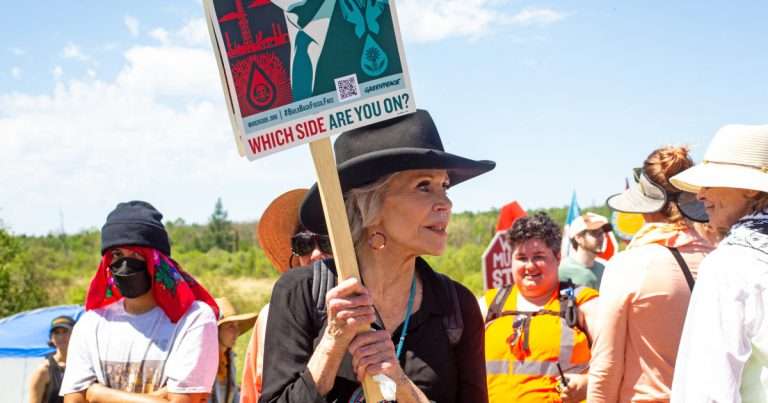 Their demands come at a time when gas prices are skyrocketing across the country, up roughly 40% since Biden entered office. More than 200 celebrities, Democratic party donors, and climate activists are demanding that Biden “stop construction of Line 3 immediately” in a letter released by NBC News. They also warned Biden that he must “decisively terminate the age of fossil fuel expansion.” Amy Schumer, Joaquin Phoenix, and Katy Perry are among those who have signed the letter.

Your presidency is a watershed in human history, the last chance to turn the tide before climate disruption spirals out of control. We worked hard for your election in part because you embraced that challenge as a defining strength of your candidacy. And we are encouraged  and grateful that you clearly signaled your resolve by rejecting the Keystone XL pipeline on day 1. The “climate test” for the KXL decision was clear and compelling. We ask you to apply it now to the Enbridge Line 3 pipeline.

Mark Ruffalo added in a statement to NBC News:

“Many of us had high hopes — and high expectations — when President Biden said in his inaugural speech that the climate crisis is one of several crises profoundly challenging our country. We will be judged, you and I, for how we resolve the cascading crises of our era. I call upon the president and the Army Corps of Engineers to suspend and thoroughly review the permit for the Enbridge Line 3 pipeline, a massive project that would not only intensify the climate crisis, but violates the treaty rights of tribal nations.”

I am sickened and deeply disappointed that President Biden has given the go-ahead to Enbridge Line 3 in Minnesota. This belies his promises on the campaign trail to follow science and stop new fossil fuel development and cut our carbon emissions in half by 2030. pic.twitter.com/u3gZUqlEtW

On his 1st day in office @POTUS put an end to #KXL but he can’t stop there. Line 3, a tar sands pipeline on the same scale as KXL, is an attack on clean water, our climate & Indigenous rights. Read our letter to the White House demanding they #StopLine3 ➡ https://t.co/36JE5jg35G pic.twitter.com/DnGPSk8ura

Everyday Americans are confronting escalating gas prices across the country, with prices increasing by 40% since January, putting petrol prices to their highest level since late 2014. Gas prices in certain places, such as Los Angeles, reached close to $6 per gallon. Fortunately, the Biden administration stated in a court filing last month that it will not cancel federal permits for Enbridge Energy’s Line 3 pipeline. The pipeline, which transports oil from western Canada to Wisconsin, has been a point of contention among environmental activists who believe the president has broken his campaign vow to preserve the environment.