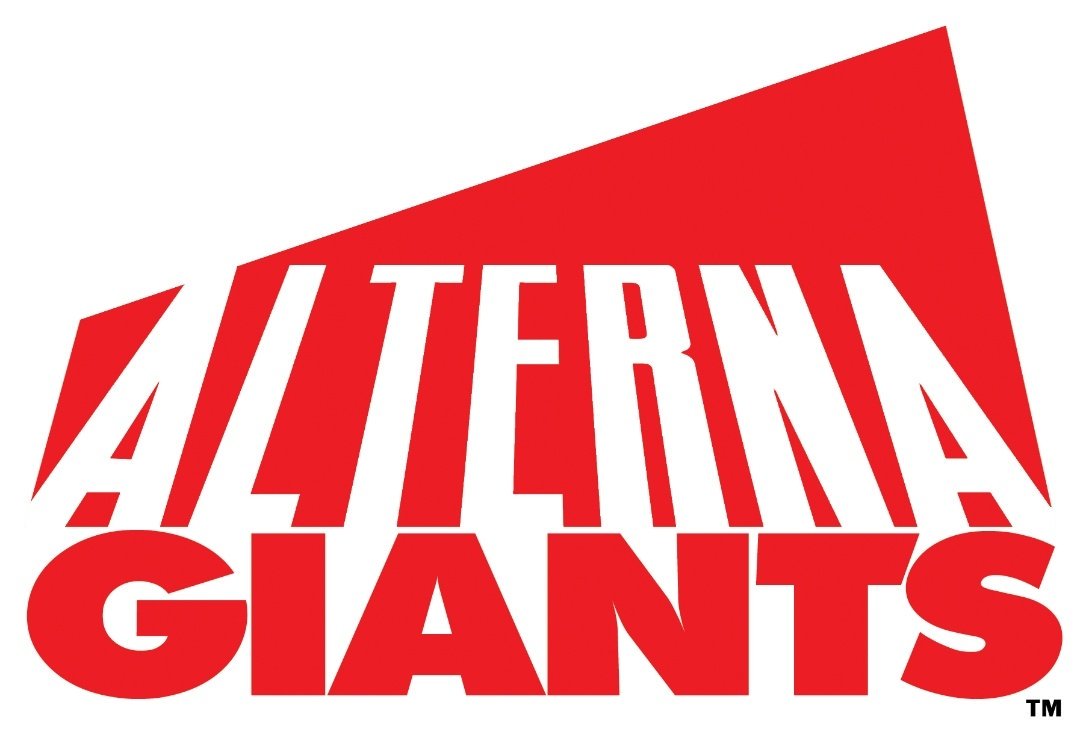 Coming this September in Diamond Previews catalog, look for the first-ever Alterna Giants, 80+ pages of collected volumes of select Alterna titles scheduled for a November 2019 release. Alterna Comics is fast becoming a well-known independent comics publisher that has made its name with .99 cent, $1.50 and $2 comics that implement classic newsprint pages like comics in the bronze age and earlier, in order to pass along the immense savings to readers who just want good comics, not slick paper.

The first of these Alterna Giants will be volume one of The Might Mascots, written by Keith Gleason with artist Ian Waryanto and with cover art by Anton Bandi. The Mighty Mascots was a three issue limited series that just wrapped up and now it’s to be collected into one complete edition. It’s a return to fun super hero tales that are sorely missing from today’s comic book marketplace, a lot like a Saturday morning cartoon gone wrong! The Mighty Mascots are a super team comprised of six different cereal mascots and one soft drink pitchman that were all born in the laboratory of the Al-Chem Group and were rescued by a mad scientist. This series picks up months after the rescue and right at the beginning of their first mission as they respond to an alert that monsters have invaded the city and there are hints that the same Al-Chem group might have had a hand in creating the terrors attacking the street. 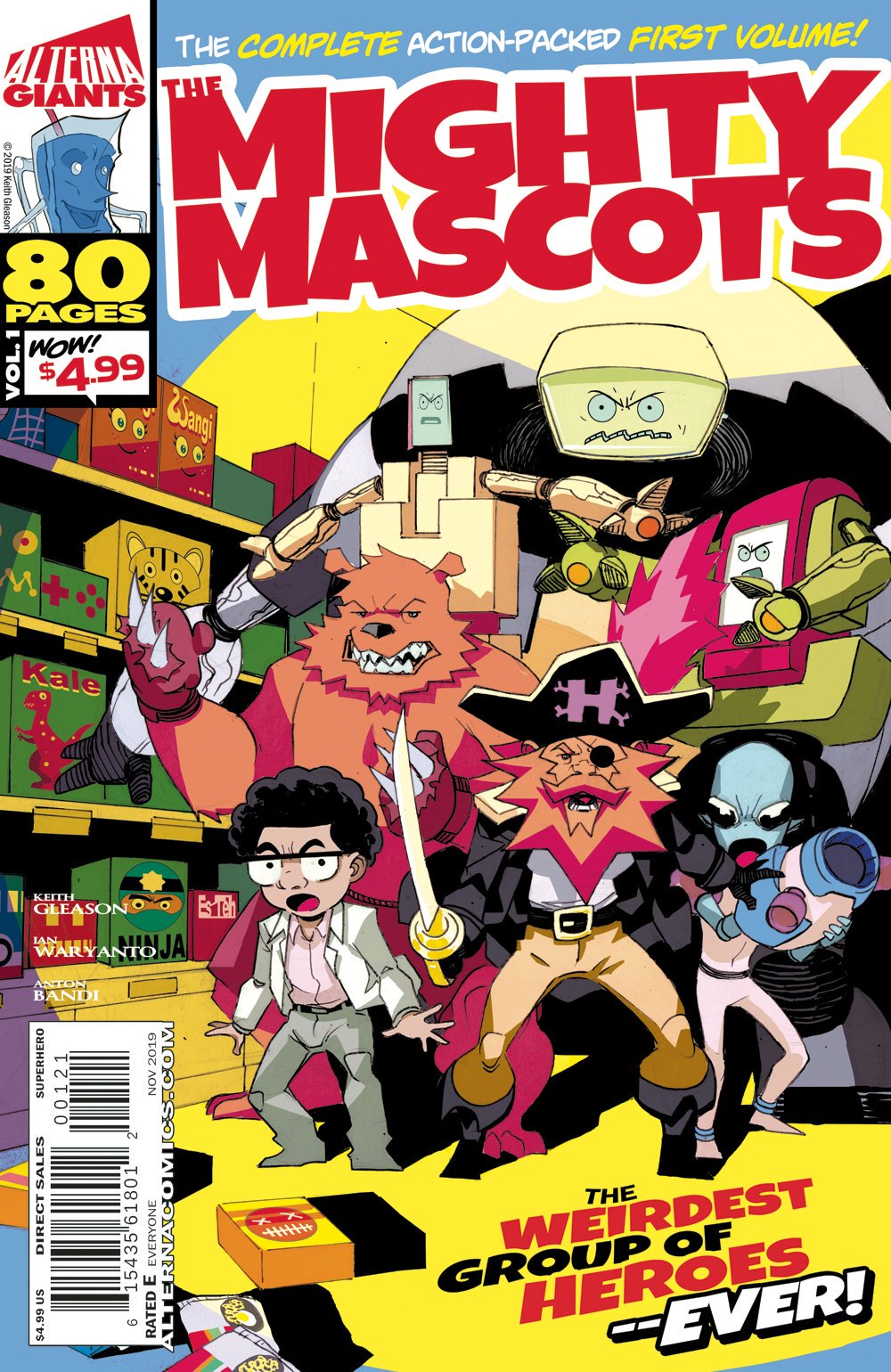 I chatted with Peter Simeti, the publisher of Alterna Comics, and when asked if this was just a one off, he responded:

“More are on the way. We’ll be putting out one Alterna GIANT every single month, in fact. We’re cutting back a bit on traditional graphic novel production, but still wanted to offer a complete story to readers. These GIANTS will have 80+ pages of content for only $4.99; and there will be a complete story arc in every over-sized issue. We’ll still be putting out graphic novels, but only based on reader demand and if we can make them really special with all kinds of extras.”

I also inquired of Peter about a recent announcement that they would be stocking Alterna titles at Sheetz convenience stores, which boasts 580 locations across the United States.

“About 80% of the Sheetz stores will be stocking our two newsstand titles: ICYMI (an ongoing series of all ages and young adult stories that are being reprinted) and IT CAME OUT ON A WEDNESDAY (a horror, sci fi, fantasy anthology). So far it’s been great for us as a lot of Sheetz customers have been reaching out to us via email and social media to let us know that they saw our books and bought them at the store! It’s a small, but important step towards getting comics back in front of people who normally might not read them or know about them. We have ads in our newsstand books to direct people to their local comic shops to find more Alterna titles as well — and I know for a fact that those ads have actually worked in getting new customers to comic shops. I hope this partnership with Sheetz helps us to expand on that.” 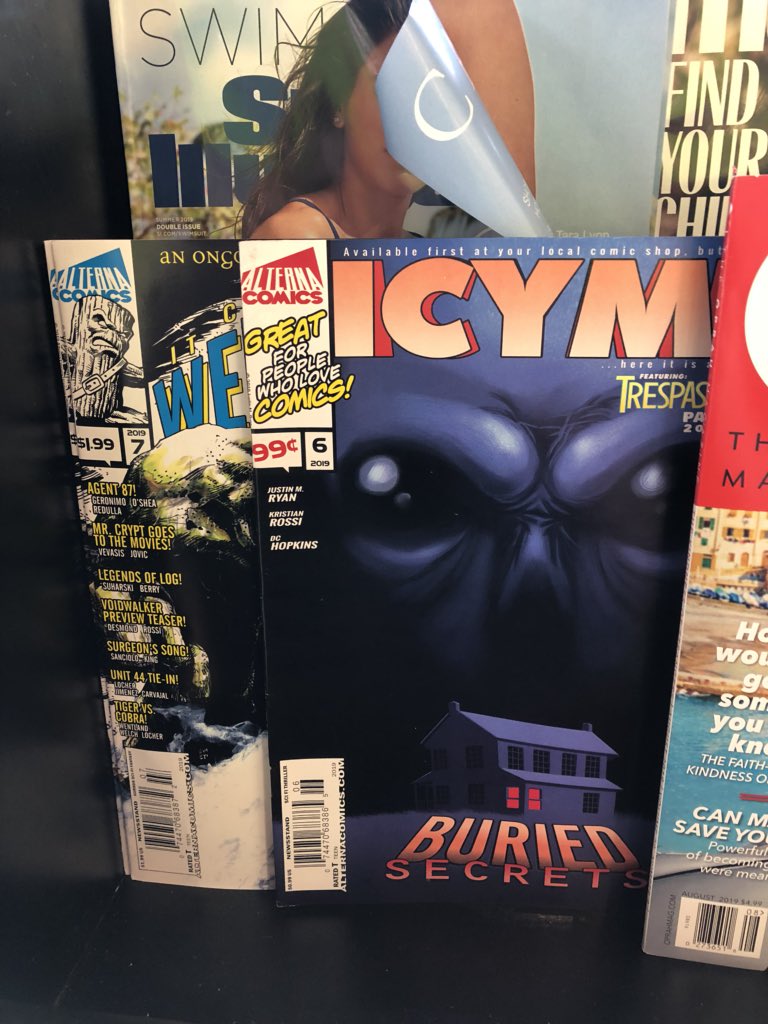 Peter also noted that this new arrangement for them should last as long as the comics are selling and as long as Sheetz continues to stock other magazines and periodicals. The comics have been in their stores since earlier this month. Check the newsstands now next time you visit.

When asked how 2019 has been treating the indie publisher, Peter replied:

“So far it’s on track to be our best year ever. Big thanks to the readers and the retailers that are making that possible.”

Meanwhile, keep looking for Alterna titles at your local comics shores for several of the other all-new titles coming, such as “The Adventures of Mr. Crypt and Baron Rat”, “Gods and Gears”, “Cyko KO! Vol.2”, “Red Koi”, “Voidwalker”, and several more. And their Halloween special, AlternaWeen 2: Newsprint’s Revenge, should be available this October.