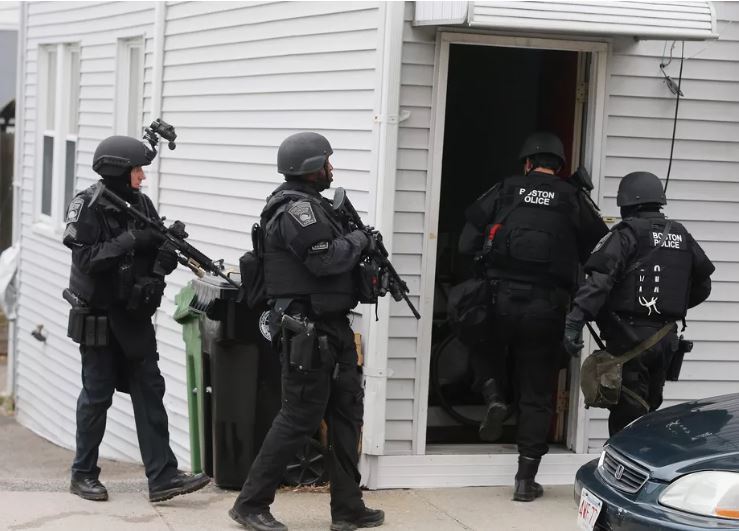 Swatting is the act of calling 911 and lying about someone doing something really bad, like holding a hostage, to get dispatchers to send police officers — and particularly a SWAT team — to a victim’s location. The term gets its name from SWAT teams, which are heavily armed, militarized police units used to raid homes, usually for drug searches.

At approximately 10pm on Wednesday, February 12th during a YouTube stream (now made private), police visited the home of Alterna Comics publisher Peter Simeti under false pretenses of a violent domestic call. This is dangerous harassment and the publishing company is working with local law enforcement to learn more about the situation and what can be done.

I just had two guns pointed at me tonight because someone made a call to the police and gave them my address along with a falsified report.

I’m shook up, but everything is OK now.

I’m going to talk to the police tomorrow and see if I can find out more.

According to the police, an anonymous caller pretending to be me, called up and said that I had “stabbed my girlfriend and that I was suicidal”.

They gave the cops my name and address.

The sergeant gave me his card and I’ll be giving them a call tomorrow.

I’m looking forward to cooperating with local law enforcement on this.

Thank you for all of your kind words tonight… and the only thing I ask is to please remain calm and do not accuse anyone or any group of people as being responsible. Cooler heads will prevail. Thank you. 🙏

This should be obvious but: disagreements about comics are not worth threatening someone’s life. Whoever did this is disgusting and I hope they are found out. This shit is NOT okay. https://t.co/777FfPg4ST

Because of swatting, your day or your life can end with heavily armed police in your living room. Some swatters have gone to prison. A Connecticut man got a year in prison for swatting. And a Nebraska man who was part of a swatting ring has recently been sentenced to five years in prison.

Like all crimes, it’s probably going to be impossible to stop all swatting. People would have to stop being jerks on the internet to put a stop to it. But since that’s not likely to happen anytime soon, swatting will continue, putting people’s lives at risk, sometimes for no reason other than some sadistic laughs.

We’re thankful that Peter was not hurt or injured and we hope the police can find the perpetrators of this dangerous prank and punish them to the full extent of the law. This post will be updated when we have more information.