All the Biggest Marvel MCU Announcements from D23 2022

It was a big weekend for Disney fans.  The D23 Expo took place over the weekend in Anaheim, California and that’s where Disney announces major plans across its brands. From video games to parks news, but most seem to be curious about what’s happening in the film and television realm and we’ve got the biggest nuggets below from the Marvel announcements.

First up, the line-up for the Thunderbolts were announced and the team includes Yelena Belova (Florence Pugh), Red Guardian (David Harbor), Bucky Barnes (Sebastian Stan), Ghost (Hannah John-Kamen), Valentina (Julia Louis-Dreyfus), John Walker aka US Agent (Wyatt Russell) and Taskmaster… hard to tell by the image who is in the suit. Kevin Feige says they step up in a world where there are not Avengers. No further news on the story or casting. Notably not on the team, Abomination or Baron Zemo. 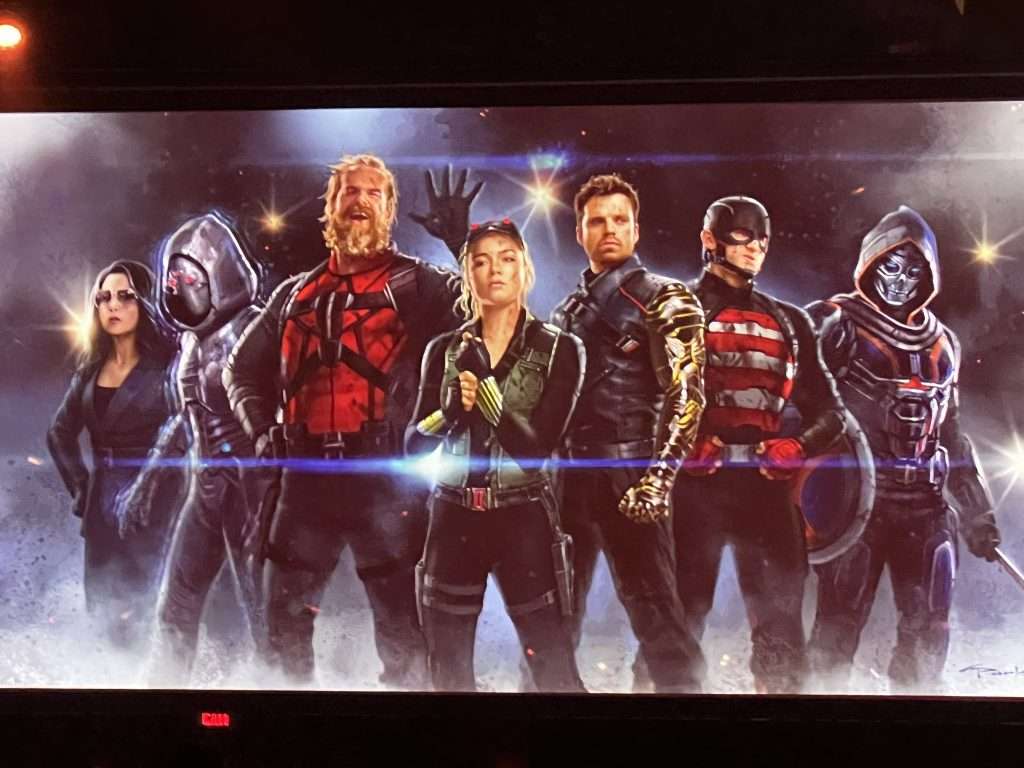 Speaking of Hulk villains, some MCU fans had been expecting to hear news about the return of Tim Blake Nelson as Samuel Sterns aka The Leader who first appeared in 2008’s the Incredible Hulk. But most fans have been thinking he’d come back for the She-Hulk series, which he may still, but today it was announced that he would be the bad guy for the upcoming Captain America: New World Order film that will feature Anthony Mackie as the new Captain America and Carl Lumbly will return as Isaiah Bradley.

Marvel also confirmed the recent rumor that WandaVision director Matt Shakman will be the director of the upcoming Fantastic Four film. The film is set to release on November 8th, 2024. What they did NOT do is announce any of the cast for the film. So all of the recent rumors of casting were just that, rumors.

Marvel also released the first trailer for the much anticipated Secret Invasion. Still no release date other than 2023, but we get to see Samuel L. Jackson back as Nick Fury, Ben Mendelsohn as Talos, Cobie Smulders as Maria Hill, Don Cheadle as James Rhodes plus our first looks at Emilia Clarke, Olivia Coleman, Christopher McDonald, Kingsley Ben-Adir and more. This trailer looks pretty intense and it seems to come without the humor that most Marvel series have been putting forward lately.

Marvel has finally confirmed the Werewolf by Night special with director Michael Giacchino. He says they were greatly influenced by 30s and 40s monster movies, like the classic Universal films Dracula and Frankenstein. The special with be a short, released this October 7th and will be in black and white. Gael Garcia Bernal and Laura Donnelly will star. Bernal was present for the announcement and described it as, “A little darker, a little scarier, but still fun.

More big news for Marvel fans coming out of D23 yesterday included a teaser trailer for a new video game from Skydance New Media that features Captain America and Black Panther during World War II. From the tailer it appears you can play as either hero, or as a soldier or a member of the Dora Milaje as they go up against Hydra and it appears to be set in a war-torn Paris of the 1940’s. Being this time period, Steve Rogers is a newly minted Captain America while T’Challa’s grandfather Azzuri wears the Black Panther mantel.

The name of the Dora Milaje is Nanali while the soldier is Gabe Jones of the Howling Commandos. This is one of two games that Skydance has lined up with Disney, the second is an untitled Star Wars project. Skydance is lead by Amy Hennig, who is most known for having created the Uncharted series. The title for the game has not yet been released.

In new footage of Echo, shown to audiences, Native people are shown kicking ass alongside Alaqua Cox’s Echo. It also showed Echo looking at her glowing hands, with a brief look at Charlie Cox’s appearance as Daredevil in the series, along with numerous historical flashbacks are shown before being interrupted by grenades, and it ends with a peek at Vincent D’Onofrio’s Wilson Fisk wearing an eye patch over one eye.

Another live appearance featured Don Cheadle on stage to confirm that Armor Wars is officially happening and will begin filming next year. Now confirmed to be a six-episode series on Disney+, Armor Wars will take place right after the events of Secret Invasion.

The first official footage for The Marvels was revealed.  The trailer, via Popverse, unveiled that Kamala Khan actually swapped spots with Monica Rambeau in space instead of Carol Danvers. More footage also showed Rambeau telling the Khan family that the trio’s “light-based powers are entangled.”

I’ll be reporting some more info on D23’s Lucasfilm announcements in my next report.