Anticipation is building as Warner Bros.’ and DC’s Wonder Woman 1984 approaches its debut date. And a first official look at the film was just dropped at the DC Films presentation at CCXP in Brazil.

Check out the first full trailer for the anticipated DC Comics sequel Wonder Woman 1984, a sequel that puts her in the middle of the 1980s.  The synopsis for the movie? Fast forward to the 1980s as Wonder Woman’s next big screen adventure finds her facing an all-new foe: The Cheetah. As previously announced, the film also stars Kristen Wiig in the role of the Super-Villain The Cheetah, as well as Pedro Pascal. Chris Pine also returns as Steve Trevor.

Wonder Woman 1984 is scheduled to premiere in theaters on June 5, 2020. But for now, the poster! (“MM” on the poster? Wonder Woman is known as Mulher-Maravilha in Portuguese.) 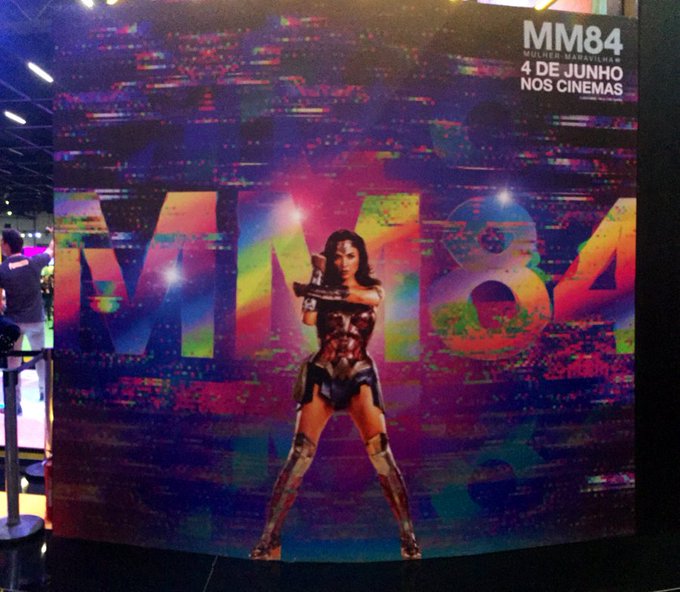