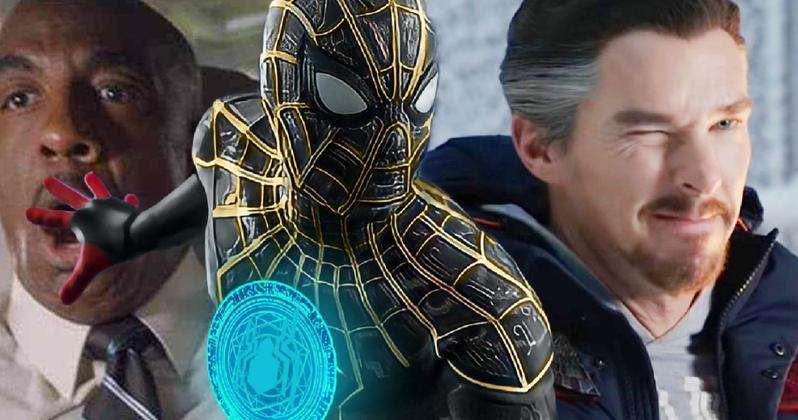 J.B. Smoove, one of the stars of ‘Spider-Man: No Way Home,’ appears to have confirmed that both Tobey Maguire and Andrew Garfield will appear in the film, validating rumors that have been circulating since the multiversal story details were first published. During a red-carpet event, the actor, who has appeared in the MCU’s Spider-Man franchise before, was asked who he was most excited to see Tom Holland share the screen with in the film, Tobey Maguire or Andrew Garfield. And, without hesitation, he responded as follows.

This dude just straight up confirmed Jamie Foxx’s Electro and Tom Holland sharing scenes with Tobey Maguire!
This is gonna be… AMAZING! 🤩 pic.twitter.com/pEFYSsS2l9

Smoove also confirms what many people already suspected: Jamie Foxx will reprise his role as the nefarious Electro in the film. Despite repeated denials and pushbacks, it has long been speculated that both Tobey Maguire and Andrew Garfield will appear in Spider-Man: No Way Home, with both actors apparently revisiting their respective renditions of the popular character in roles that are far more than mere cameos. While Smoove’s reveal may appear a little… anticlimactic, was there really any other way? There would undoubtedly be a disappointed moan from audiences after so much speculation and fan excitement over both stars’ reappearance.

The addition of the two prior iterations of Spider-Man will undoubtedly come in handy, as multiple villains have now been reported to be invading the Marvel Cinematic Universe and causing all sorts of problems for Tom Holland’s Peter Parker. The previous, record-breaking teaser revealed Alfred Molina’s presence as Doctor Octopus in Spider-Man 2, as well as hinting appearances for Willem Dafoe’s Green Goblin, Jamie Foxx as Electro, and even The Sandman and The Lizard. Spider-Man: No Way Home starts up after the dramatic events of Spider-Man: Far From Home, with Peter Parker’s identity as Spider-Man now revealed thanks to Mysterio, and Parker’s life and reputation turned upside down.

See Also: Do Maguire & Garfield Have Much Larger Roles in Spider-Man 3?

Seeking assistance from Doctor Strange, he requests that The Sorcerer Supreme use magic to reestablish his secret identity, but this has deadly consequences that require Parker to learn what it truly means to be Spider-Man.

Spider-Man: No Way Home, directed by Jon Watts and written by Chris McKenna and Erik Sommers, is set to be released in the US on December 17, 2021, as part of the MCU’s Phase Four.