Will ‘Don’t Worry Darling’ Strike Another Blow Against the Patriarchy? 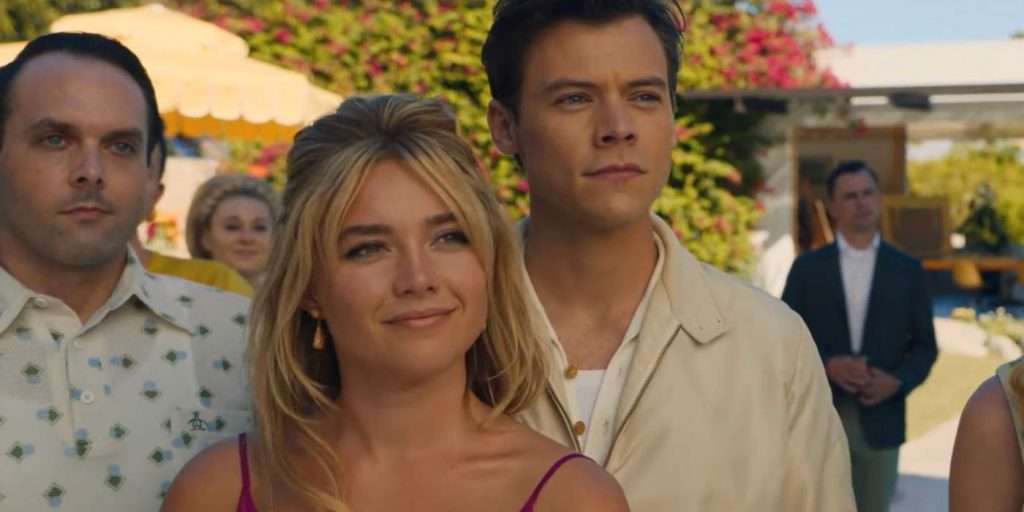 Warner Brothers recently released a trailer for the psychological thriller Don’t Worry Darling. And as you watch it, you can’t help asking yourself if this is going to be another movie that’s striking a blow against the patriarchy. Soon after the trailer starts, it begins giving off a The Stepford Wives vibe: the mid-20th century art direction, the overly happy women giggling in their dresses, and the men demanding unquestioning compliance from them. You just get a feeling that this is going to be another woman-good-man-bad sermon.

In fact, I’d be surprised if the movie isn’t misandristic. Apart from the mid-20th century art direction in general, the imagery throughout the trailer hints that’s where it’s going to go. For instance, there’s the shot of two men in red grabbing star Florence Pugh, and the shot where Pugh’s head is encased in plastic wrap as she reaches up with her finely manicured nails to tear it off. And then there’s the shot of Pugh in the kitchen: she’s wearing a dress and apron while she prepares food.

Would modern Hollywood produce a movie that positively portrays a woman dressing and acting in such a domestic way?

On top of all this, Olivia Wilde is directing the film. There’s just something about this choice that adds to my belief that there could be a particular message with Don’t Worry Darling . . . although I can’t seem to place my finger on it . . . hmmm. Oh, yeah. I guess I might be thinking about stuff like this.

As a side note, I don’t believe stories set in, or stylistically modeled after, the mid-20th century need to be negative. Indeed, I believe they should be positive. The mid-20th century was arguably the last good era in America. In fact, it would be fun to read or see a story that turns The Stepford Wives trope on its head. In other words, instead of a tale about how well-dressed and well-mannered women are “the victims of the patriarchy,” how about a story that shows a brash feminist finally finding happiness when she repents and becomes a 1950s-like housewife, finely clothed in a dress, apron, and heels while she prances around the kitchen? That would be great.

For those who are interested in learning if Don’t Worry Darling will strike a blow against the patriarchy, the movie is scheduled to open in theaters on Sep. 23.