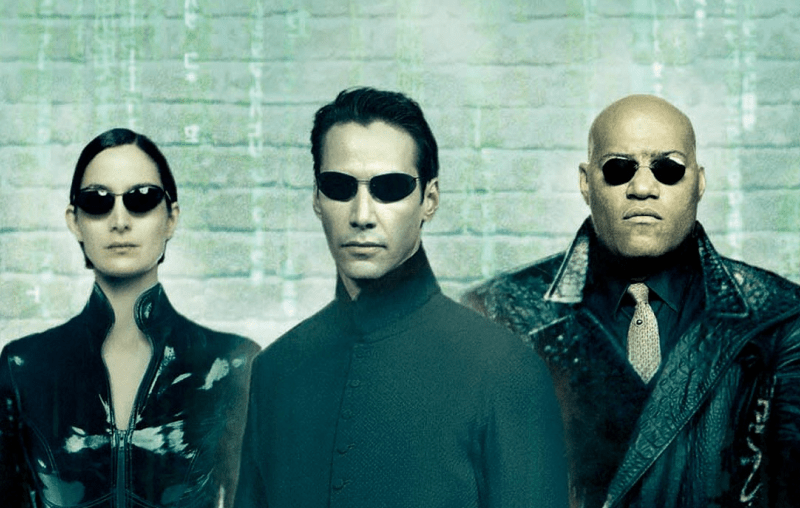 We’ve known for a while that Laurence Fishburne isn’t in The Matrix Resurrections, with Fishburne saying he doesn’t know why he wasn’t invited back. Fans were shocked to hear that Fishburne wouldn’t reprise his iconic role as Morpheus, and the plot thickened with the arrival of the first Resurrections trailer, featuring Yahya Abdul-Mateen II as a Morpheus lookalike.

Fishburne first revealed to Vulture last August that he was not invited back to play Morpheus in the new sequel. Fishburne added at the time, “Maybe that will make me write another play. I’m looking for the blessing in that. I wish them well. I hope it’s great.” The actor then doubled down on his well wishes for “The Matrix 4” later that month in a separate interview with Entertainment Tonight. Even if “The Matrix 4” is bringing Morpheus back via Yahya Abdul-Mateen II, Fishburne said he’s gotten no warning and added, “I have no clue. I haven’t read anything.

“I have not been asked to join them, which is fine,” Fishburne said. “I am hopeful that it will be wonderful and it will satisfy audiences and that people will love it.”

Despite missing out on “The Matrix 4,” Fishburne is keeping his franchise work going by rejoining Reeves for the upcoming “John Wick 4.” That sequel is now in production. “The Matrix 4” is scheduled to open in theaters and stream on HBO Max beginning December 22.

Abdul-Mateen later confirmed on Instagram that he’s playing Morpheus, raising questions about why this role was recast. There’s some inevitable (and unfounded) speculation about a rift between Fishburne and director Lana Wachowski, but the Morpheus recasting could have a more elaborate explanation: Matrix franchise lore. Prior to the trailer’s release, a lot of Matrix fans assumed that Yahya Abdul-Mateen II would play a new character, and that Morpheus was canonically dead. Unlike many video game tie-ins, The Matrix‘s MMO game The Matrix Online is considered to be part of Matrix canon. The Wachowskis were very interested in transmedia storytelling at the time, and the game (which launched in 2005) continued where The Matrix Revolutions left off.

While fans obsess over that esoteric aspect of the Matrix universe, they’re disregarding the elephant in the room: Neo is also canonically dead. Despite the fact that the third film closed with him dying as a heroic martyr, Keanu Reeves returns in The Matrix Resurrections.

The real reason is probably that following his/her transition, Lana Wachowski is a totally different storyteller now than The Matrix was developed, and after 20 years of stretching out with movies like Speed Racer, Sense8, and Cloud Atlas. Furthermore, Resurrections, was co-written by Wachowski and novelists Aleksandar Hemon and David Mitchell , and already seems stranger than The Matrix. There’s a lot to think about in the trailer, but maybe making predictions based on fan theories about a 15-year-old massively multiplayer online game is pointless.

We’ll probably only learn when The Matrix Resurrections hits cinemas this Christmas.